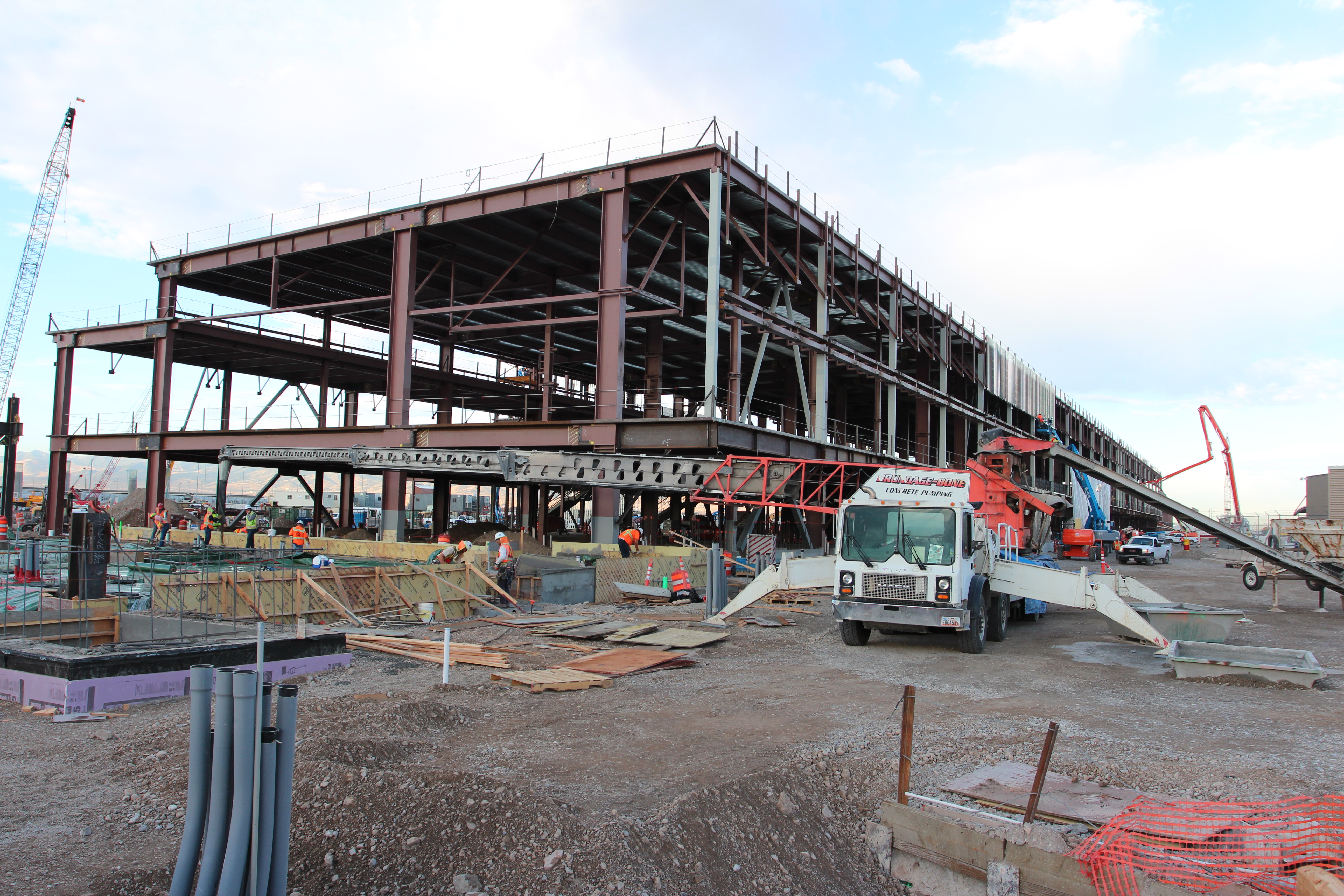 The first phase is expected to be completed in 2020, six years after construction began in the spring of 2014.

A lot has changed in the three years since airport redevelopment began.  A hot economy and surge of multifamily housing have spread construction crews thin across the region, making building more expensive for everyone.  The project was initially expected to cost $1.8 billion but is now estimated to cost $2.9 billion.

The new airport will have over 70 gates and will be built to LEED Gold standards, making it one of the most energy efficient airports in the country.  The new main terminal will be three levels and will be designed to reflect Utah’s geography, with interior and exterior materials intended to resemble the variable terrains that create a sense of place unique to Utah.  Included in the main terminal will be an artificial canyon, resembling the canyons of Southern Utah.

The first level will provide curbside passenger drop-off for taxis and buses and international baggage claim.

Level two will have the main entrance, with a consolidated TSA security checkpoint, domestic baggage claim, passenger pick-up and domestic baggage claim.  Unique to Utah, the second level will include a lounge area dubbed the “Meeters and Greeters” lounge.  The area will accommodate up to 400 people and is designed to allow welcome groups for service men and LDS missionaries to gather without disrupting general airport operations.

The third level will include curbside passenger drop-off and airline ticketing and check-in counters.

Besides rising construction costs, the ongoing construction project will require additional workers.  According to airport officials, they have employed 700 construction workers so far but will eventually need up to 2,000 workers.  Employing that many new workers could prove challenging as the industry is already underemployed.

Another potential deviation from the airport’s original redevelopment plans is how the light rail line will reach the new south terminal.  The original plan was to elevate the rail line to connect to the main terminal’s second floor, but elevating the rail is expected to cost $65 million.  Airport and UTA officials are currently exploring extending the Green TRAX line at the street level at an estimated cost of $15 million.

No local tax money will be used for the Terminal Redevelopment Program.  The project is being financed through federal grants, airport user fees, contributions from the airlines, airport income reserves and general airport revenue bonds.