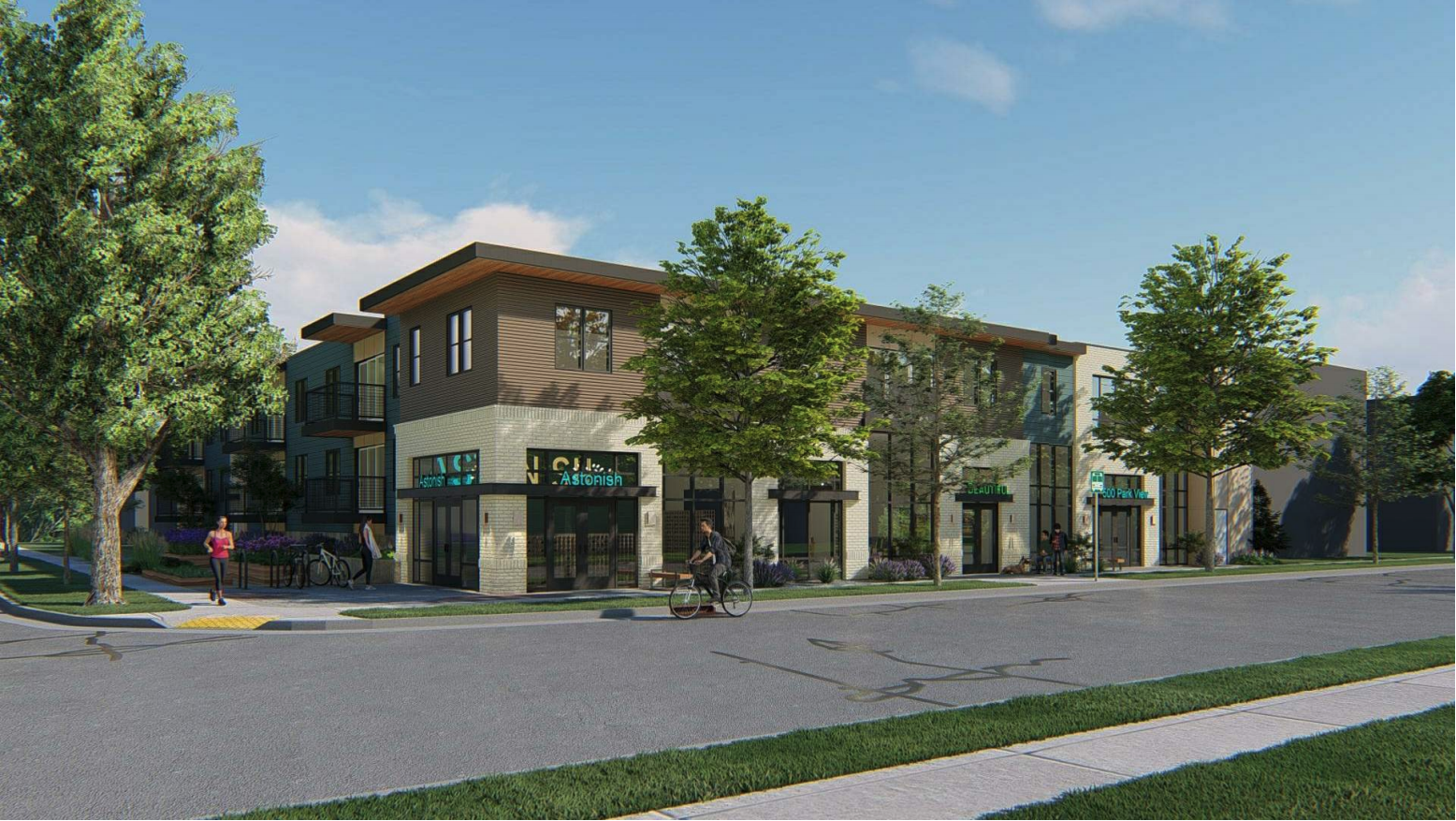 The developer looking to build apartments on a neighborhood corner near Liberty Park is back with an updated version of his plans after neighbors initially pushed back against the number of units.

The latest rendition isn’t substantially different, though it would include ground-floor commercial space and slightly fewer apartments. The project would still replace an existing 8-unit apartment building and single-family home near 1320 S. 500 E.

The coming months will show the appetite for density and mixed-use in a neighborhood that historically has been known for its suburban character and largely separated land uses.

At a community council meeting this spring, neighbors from the area surrounding the property said the initially proposed 32-unit apartment building was out of scale for their neighborhood and would take up all available on-street parking in the public’s right of way.

It would be 25 feet tall and include 27 units with 29 parking stalls accessed from an apparently private alley off Sherman Avenue. The plans count an additional five spaces on-street, which they say will be used by business patrons.

The setback on 500 East would be 2 feet, matching two more incoming buildings immediately to the north that are still under construction. The setback on Sherman would be 14 feet. The zone calls for 15-foot setbacks.

The property would be within steps of Liberty Park’s southwest corner, on a bus route with 30-minute intervals, and in one of the city’s more bikeable neighborhoods.

The proposal has been submitted for design review due to the proposed smaller setbacks. That means neighbors would have the opportunity to mount potential opposition before the Planning Commission and City Council before any final approval is given.

It will be another small test of the neighborhood’s willingness to welcome slightly more density and business nodes into the heart of Liberty Wells.

Aside from a few businesses throughout, the bulk of commercial activity is on the car-oriented periphery of the neighborhood along State, 900 South, 700 East and 2100 South. There are a few pockets (shown in brown on the map above) zoned for multi-family units. And there are a few small nodes shown in pink that allow for neighborhood-scale businesses in the interior of Liberty Wells.

Much of the remaining land allows for schools and single-family houses.

Without more widespread zoning changes, that leaves builders facing a potentially uphill battle if they need city approval before building, particularly in the heart of the neighborhood that’s bounded by 2100 South and 900 South, State Street and 700 East.

Peter Corroon faced a fight when he sought to build seven units in one of those multi-family pockets where his lot would have allowed five units. Meanwhile, Mike Nikols, the owner of Coachman’s diner, easily won City Council approval to rezone his restaurant’s property on 1300 South State despite presenting no actual plan for the redevelopment. (Coachman’s closed on Tuesday after decades in business.)

The property where the 500 Parkview apartments are proposed is zoned for Neighborhood Commercial (CN), which is intended to provide for small scale, low-intensity commercial uses that can be located within and serve residential neighborhoods.

The zone also allows for higher density housing, meaning a mixed-use building surrounded by mixed-use, commercial and residential uses will likely have an easy time making it through the approval process.