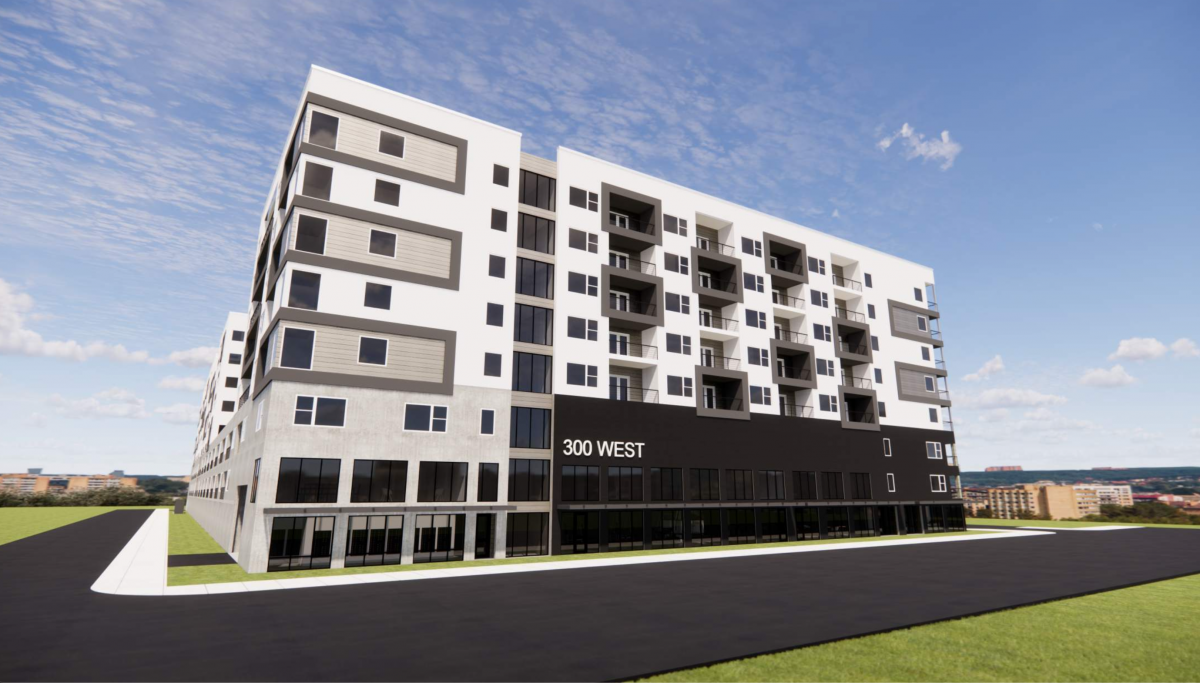 One of Salt Lake City’s premier big box retail gateways would continue its transformation into a destination for dense apartment housing under a new proposal for the corridor.

The 2.4-acre site at 1546 S. 300 W., currently home to a vacant home, industrial uses and a former tortilla maker, would make way for 407 apartment units and as many car parking stalls.

The latest proposal is for an eight-story, single-use apartment building.

The developers are requesting an additional 30 feet of height, which is allowed in the General Commercial (CG) zone with design review approval.

“The additional height will allow the building to provide two more levels of apartments, greatly increasing the unit density in an area that Salt Lake City is trying to promote density,” the developers wrote in their application. “It also allows the courtyard spaces to be larger, providing better amenities to residents.”

The building offers amenities like a pool, hot tubs and a gym to renters in the building. But it appears to not offer amenities for the public (in the form of ground-floor retail or any apparent interest to passersby).

The building is also designed with three largely blank walls and a 300 West frontage with leasing room, lobby and gym for tenants. The second and third levels have units wrapping the final layers of structured parking.

That’s in part a result of the City Council. While the council voted to largely decrease the minimum parking requirements in some areas of the city, planners decided and the council agreed to avoid wholesale changes in other zones that are attracting multi-family housing development. That includes 300 West.

Meanwhile the project would provide 80 bike stalls, or about one for every five residents who will be living on a new two-way cycle track connecting them with the rest of the city by bike. That’s the minimum required by the updated parking ordinance.

The architect on the project is Divelept Design, which is a Building Salt Lake supporter.

Renderings submitted to the city show a pool and hot tubs on the building’s fourth floor.

The building’s long facade running east-west is 456 feet. The facade fronting 300 West is just under 200 feet.

The building appears to be an efficient way to create one-bedroom units and renters who will contribute to what the surrounding neighborhood has to offer.

The space currently has a Walkscore — or an assessment of the ability for people to accomplish daily errands in a reasonable amount of time by walking, biking or taking transit — that is similar to North Temple.

But the building won’t offer anything to directly improve that score.