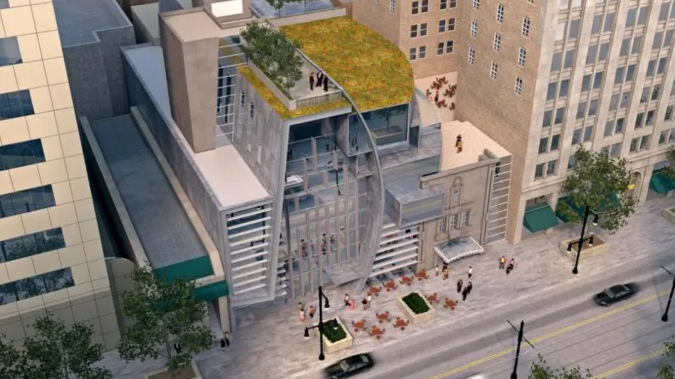 The head of a state office that oversees tax credits for historical buildings said the 100-year-old Utah Theater, slated for demolition and redevelopment, is eligible for tax credits that could help pay for restoration.

Amid an apparent lack of ways to pay for the building’s preservation, the City Council is prepared to sell the public building to Hines, a global, private developer who plans to build housing, office, and retail on the Main Street site.

But two officials interested in preserving the building said at a recent RDA board meeting they believed the developers and city hadn’t even considered a possible important funding source.

David Amott, interim director of Preservation Utah, expressed regret that facts were being misrepresented in the current discussion.

An RDA staff report dated September 1, 2019 stated “The Property has not been listed on the National Register of Historic Places, nor the Salt Lake City Register of Historic Cultural Resources, due to the lack of overall historic integrity required for formal designation.”

Amott argued that the building would be eligible for register listing and tax credits.

He cited Roger Roper, head of the state’s historical preservation office (SHPO), who told Amott in an email that the theater was eligible for listing on the national register of historic places, which would open it up to federal tax credits.

“No one from the RDA or the potential developers have ever contacted us to explore the possibilities,” Roper wrote, according to the email read by Amott.

RDA COO Danny Walz noted that when staff presented the theater’s capital needs last year, both tax credits and a fundraising campaign were part of the estimate.

Even if tax credits and private donations at the level reached at the Eccles were in place, the Utah Theater would still require a “monumental public investment,” Walz said in the September 1 memo.

The city never considered going to the public for a bond approval to save the Utah Theater, Pete Ashdown, president and founder of the Salt Lake City internet service provider XMission, said at a Sept. 24 RDA meeting.

Meanwhile, the Eccles Theater is being paid for via a $125 million Eccles Theater bond financed by tax increment from the RDA’s Central Business District and Block 70 project areas.

The city never put the Eccles project to a vote of the public. It remains an unasked question whether the public would support a bond for the Utah Theater.

RDA board member: What about pushing pause?

District 4 Councilwoman Ana Valdemoros, whose district includes Downtown, had a series of questions for RDA staff.

“What would happen if the Board took time to reach out to those philanthropic organizations and entities at this point?” Valdemoros asked Walz.

Walz said the city would have to first speak with Hines, which is first in line to buy the building if the city sells it.

But given the city and Hines are at the final stages of purchasing talks, “that would obviously put those conversations on hold indefinitely,” Walz said.

Hines was not originally a party to the 2015 Exclusive Negotiation Agreement, which instead was awarded to the LaSalle Group.

2014 renderings of a repurposed and partially preserved Utah Theater are remarkably different than the Hines/LaSalle proposals recently unveiled.

Walz confirmed that donors have not been approached after Eccles Theater fundraising concluded.

RDA Board: We’re giving the theater away?

Both Valdemoros and District 3 Councilman Chris Wharton asked Walz about the value of the theater and the land it sits on. The theater itself was not part of the RDA’s valuation of the property, Walz said. The land, 0.89 acres, was valued at just over $4 million in early 2019.

RDA staff informed the Board that the public benefits that the developers will be contributing to the project are worth approximately $4 million. Those elements are 30 affordable housing units at 60% AMI, a midblock walkway to a plaza open to the public, and that accents of the demolished theater be incorporated at street level into the new construction.

Wharton asked Walz, “And so essentially [we’re] just gifting it?”

Author’s full disclosure: Luke Garrott was on the City Council/RDA Board when it purchased the Utah Theater in 2009.