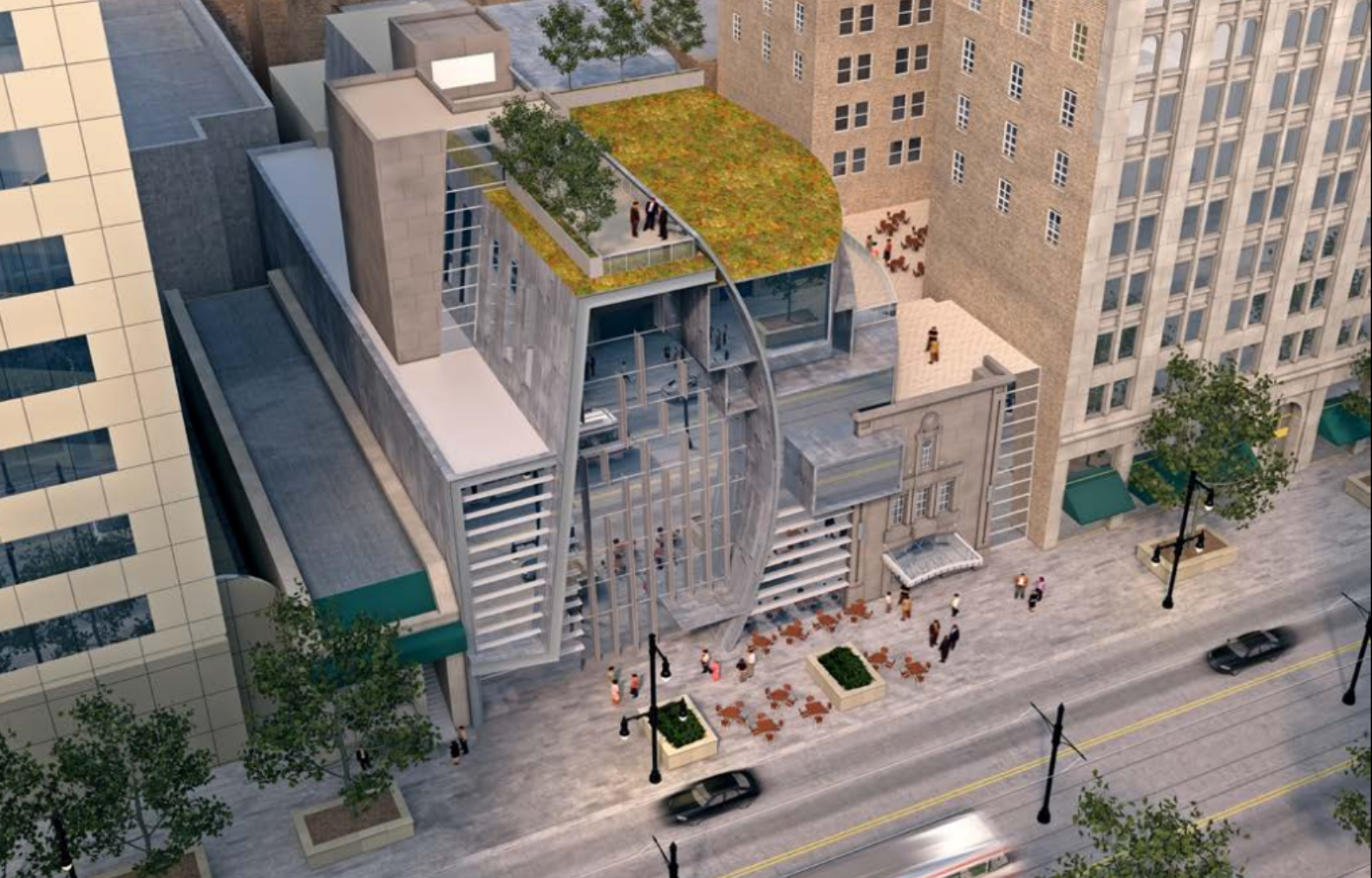 It didn’t take long for the Salt Lake City Council acting as the board of the Redevelopment Agency (RDA) to unanimously adopt a resolution to enter into an Exclusive Negotiation Agreement with the LaSalle Group for development of the Utah Theater property on the 100 South block of Main Street.

“Usually when we offer a tour of the theater it is the last time we hear from someone,” DJ Baxter, RDA executive director.

The resolution, approved during Tuesday’s RDA board meeting, will give the Lasalle Group and the RDA a year to see if both parties can create a mutually agreed upon proposal for restoring the historic Utah Theater.  The project will consist of development and restoration of three primary components: the Utah Theater, the theater’s Grand Entrance that fronts Main Street and the four retail units on Main Street.

The LaSalle Group approached the RDA about entering into an agreement for the theater.  LaSalle group owns the adjacent property at 160 South Main Street.

“I think it has more potential than what we are aware of at this point.  It is a big deal, I get that and we take it seriously” said Joel LaSalle, managing partner at the LaSalle Group.

The RDA purchased the theater in 2010 and since then has explored different ways to renovated the theater and better activate Main Street.  During Tuesday’s RDA meeting, the board had few questions for LaSalle and were visibly eager to enter into an agreement with the developer.  Several council members joked about not showing too much enthusiasm.

“The fundaments for a successful project are here” said Council member Luke Garrott.

After the first year, if the LaSalle Group and the RDA agree upon a formal proposal, that proposal would go before the RDA board for approval.  If approved both parties will execute an Option to Purchase Agreement with the developer having a year to secure financing, finalize designs and apply for building permits.

There won’t be an official proposal available until next year, but LaSalle told the RDA board that the theater could be incorporated into a dining and entertainment, with dinner shows or could an anchor for the Sundance Film Festival.  LaSalle also tentatively plans to include a residential tower above the theater that he said would “make this portion of Main Street look fabulous.”

Under the terms of the agreement, the developers will be responsible for half of the costs of a feasibility study.  After the theater is renovated, LaSalle has stated that they will give a preservation easement, which are designed to protect historic structures, for the theater to the Utah Heritage Foundation.

The LaSalle Group has experience with historic properties, earlier in the year LaSalle opened the restaurant, Current and the bar Under Current as part of the Third and Third Uncommons development at the intersection of 300 South and 300 East. The development includes both bar and restaurant and a proposed food-hall that and was built in an historic 109-year old building that was a formerly car dealership and later an antique shop.