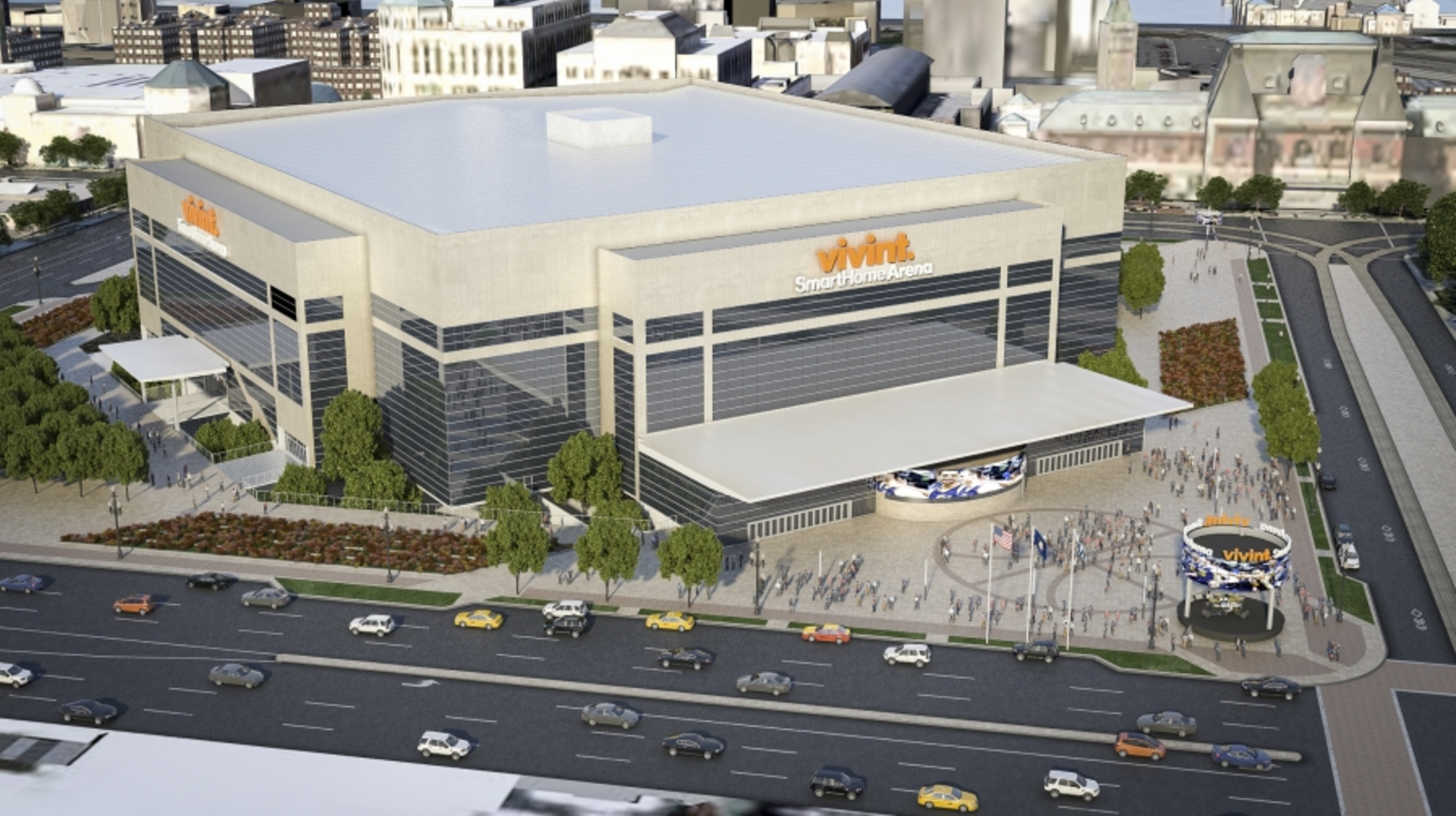 On an uncommonly brisk construction schedule, renovations of the Vivint Smart Home Arena are over halfway complete and are on schedule for completion by September.  The $125 million renovation includes a top-to-bottom renovation as the arena’s owners, the Larry H. Miller family, work to upgrade one of the nation’s oldest NBA arenas for the technology era.

“Vivint Smart Home Arena is the story of an arena rising to meet the expectations of its guests as a top destination for sports and entertainment events,” said arena President Jim Olson in a statement. “The arena renovation will be packed with amenities to create a world-class experience for our fans. There will be a new energy around the building.”

The expanded main entrance at the northeast corner of the arena, at the intersection of 100 South and 300 West, includes an indoor atrium and will abut an outdoor plaza that will feature a video board for outside watching parties and a new marquee that features a covered stage with full-circle graphic capabilities.

The indoor atrium is part of the new 12,000-square-foot indoor lobby.   The lobby will front an expanded entrance to the arena that allows direct views of the basketball court.

“We want people to feel a part of the game as soon as they come in,” said Olson.

Clubs and suites have been moved from the sixth level down to the second to improve access from the main entry level.  Stairways at entrance lobbies will allow quick and direct access to the club and suites level.  The number of clubs and suites will be expanded to provide more options for visitors.

The updated arena will include over 30 restaurants and food vendors.  The four corners of the main concourse at Vivint Smart Home Arena will feature several locally owned sit-down eateries with distinct menu choices including barbecue from R&R, pizzas and cheesesteaks from Maxwell’s, Mexican food from El Chubasco and gourmet hamburgers and signature beef sandwiches from Cubby’s.  The new restaurants will include working kitchens in the dining areas that will allow diners to watch their food be prepared.

Other new dining options will include JDawgs, Chick-fil-A, Hires BigH, Iceberg and Papa Johns.  The renovated arena will include past arena eateries CupBop, Zao Asian Café and Grillworks.

In addition to expanded dining options, the renovated arena will include new craft beer stations and snacks, featuring the offerings of local brew pubs and microbreweries.