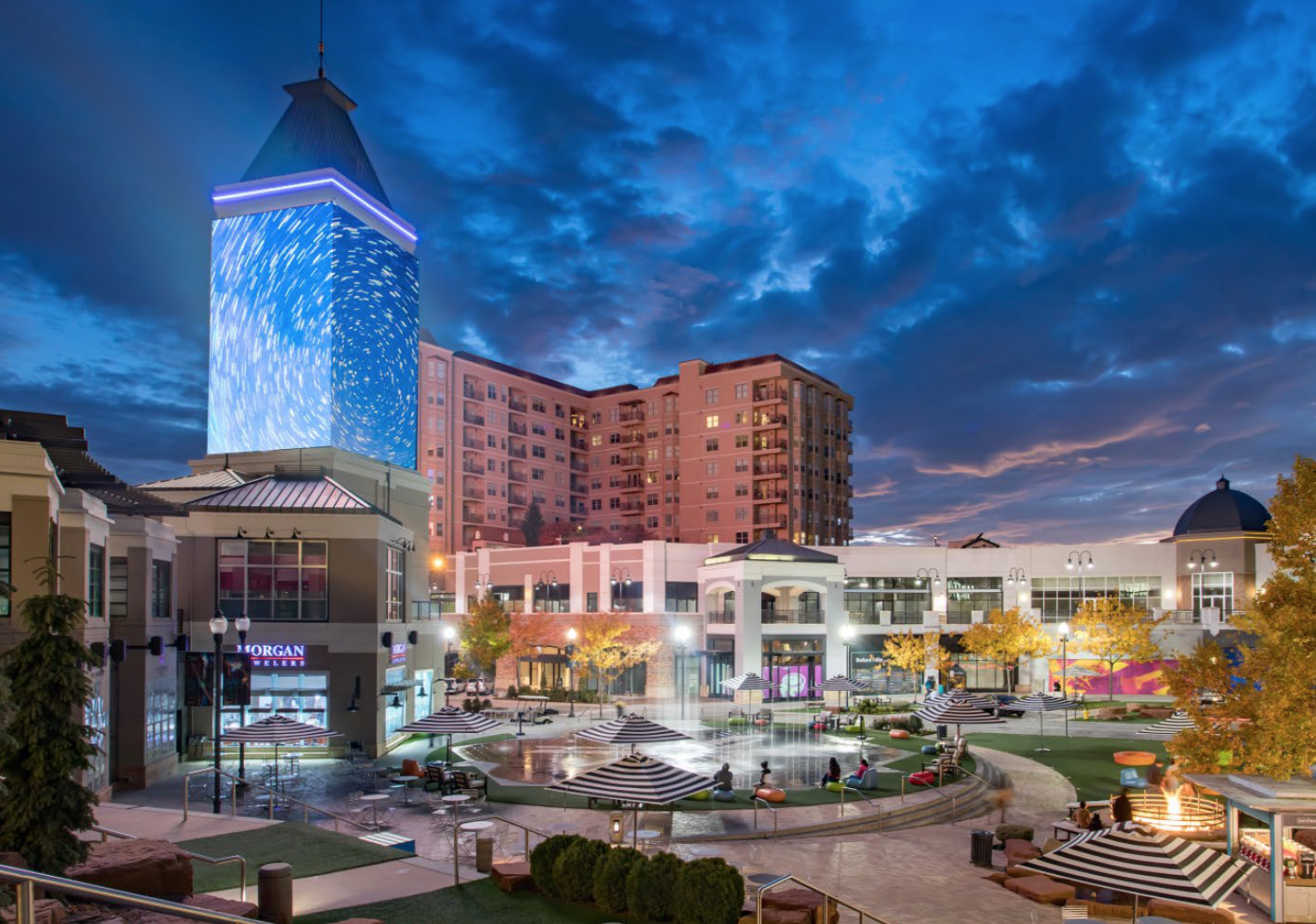 The Gateway is continuing its evolution from an outdoor retail mall to an art and entertainment center.  On Monday, Gateway representatives announced that the Wasatch Theater Company (WTC) has relocated from the Rose Wagner Performing Arts Center to the former Salt Lake Vocal Coach space on 400 West, just south of the Clark Planetarium.

The theater is one of several new additions to The Gateway this year.  This spring Utah’s first Dave & Busters opened in the former food courtyard space.  In June, local coffee roasters, La Barba opened a cafe in the former Starbucks space below the clock tower and MidiCi Neapolitan Pizza opened at the Gateway’s south end.

Later this year, The Gateway will also be home to a new cocktail bar and dining hall.   In June, the co-founders La Barba Coffee, Josh Rosenthal and Joe Evens announced their plans to open the Seabird Bar and Vinyl Room, a proposed bar that will occupy the space next door to their cafe.

Also coming this fall is the SkinnyFats food hall.  The Vegas-based-chain will be the first location outside of Nevada.  The 11,000-square-foot, food hall will feature a diverse menu offerings everything from bowls, tacos, burgers and sandwiches and a shifting roster of weekend specials in a communal setting.  The food hall will also have beer and wine stations and replaces the area previously occupied by the Urban Arts Gallery, Happy Sumo and Sunglass Hut.

In addition to the WTC’s year-round theater lineup, The Gateway will host the Great Salt Lake Fringe 2018 festival.   The festival is in its fourth year and features dozens of performances stretched out over 10 days.  Until this year the festival used the Sugar House neighborhood and Westminister College as their home base.

The mixed-use center is located in the city’s newly created arts, culture and entertainment district, The Blocks.   The purpose of the district designation is to promote the region’s arts and culture as part of the city’s Cultural Core initiative.  The newly designated arts district encompasses 40-blocks from North Temple to 400 South and 400 East to Interstate 15.

Since purchasing The Gateway in 2016, its owners, Vestar,  have been strategically rebranding the mall as a mixed-use entertainment district.  The new theater joins The Gateway’s established arts and entertainment offerings that include the Megaplex Theatres, The Depot by Live Nation, Clark Planetarium, Discovery Gateway Children’s Museum, Urban Arts Gallery and Wiseguys Comedy Club.