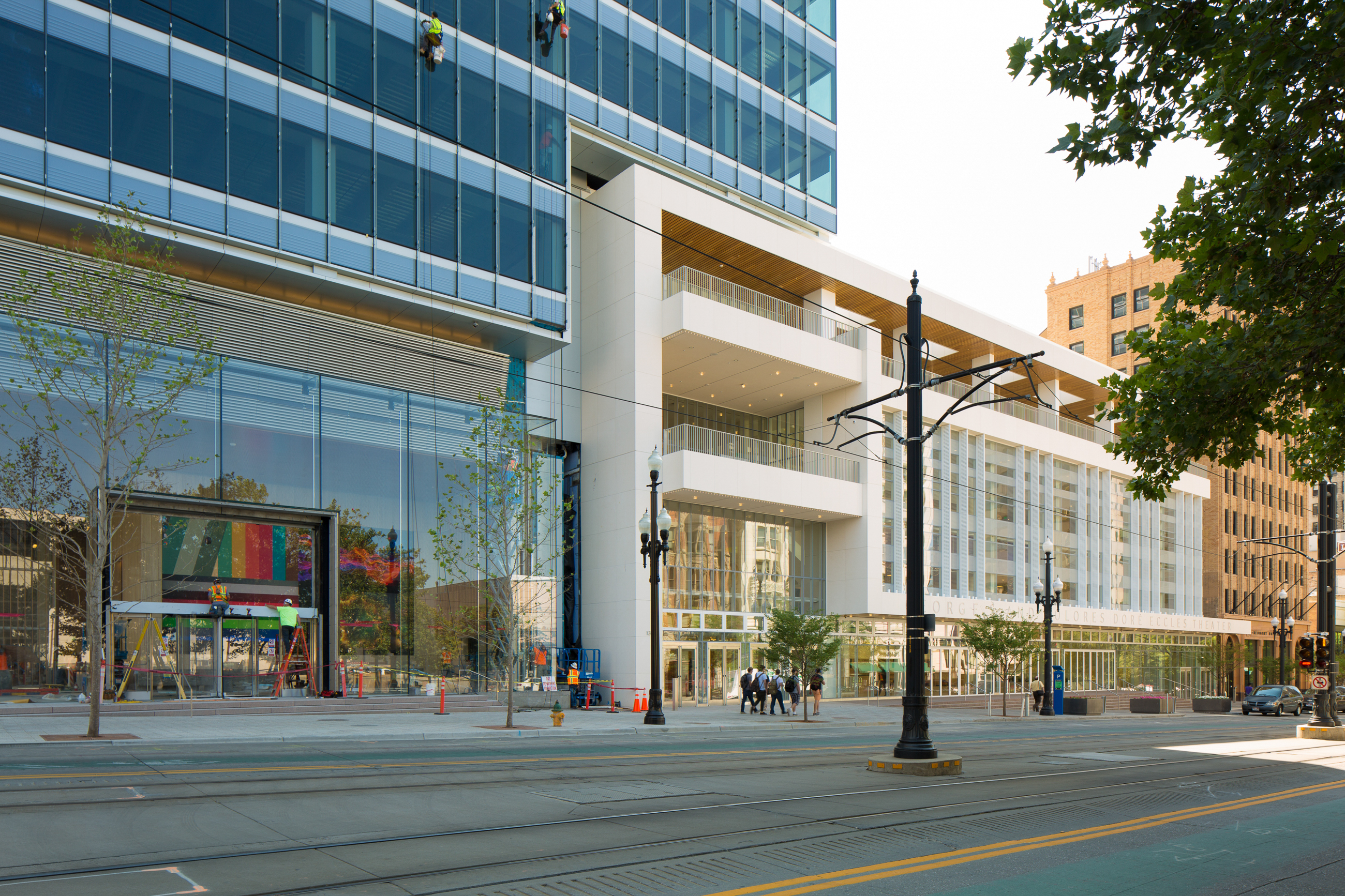 The arts and culture have long been a staple of downtown Salt Lake and today local leaders solidified that relationship with the official launch of the Cultural Core initiative and the creating of THE BLOCKS, a designed downtown art, cultural and entertainment district.

The newly designated arts district encompasses 40-blocks from North Temple to 400 South and 400 East to Interstate 15.  According to Downtown Alliance, THE BLOCKS purpose is to celebrate vibrant urban experiences for a growing and increasingly diverse group of residents and visitors and showcase the talent and energy of the creative community in downtown Salt Lake’s Cultural Core that is already home to most of the region’s art galleries, concert series, arts and ethnic festivals, museums and markets.

“Authentic cultural and artistic experiences inspire creativity and make our community a truly great place to live and work. With their variety of venues, artists, audiences, and non-stop creative energy, THE BLOCKS offer a quality and consistent experience you cannot get anywhere else in Utah,” said Kristin Beck, executive director of Downtown SLC Presents in a statement.

Spearheaded by Salt Lake City and Salt Lake County leadership, THE BLOCKS represent the culmination of an eight-year, community-based process to showcase the arts and cultural opportunities within Salt Lake’s Cultural Core with the district designation and an interactive website highlighting different downtown events.

According to the alliance, the new Cultural Core brand and accompanying marketing support will promote and package artistic experiences and urge the community to rediscover our wealth of artists, performance groups, filmmakers, photographers and unexpected delights. The new brand for THE BLOCKS was created by Love Communications.

Arts and entertainment are already top draws for visitors to downtown.  According to a recent survey conducted by the Downtown Alliance, entertainment was second only to dining as the most cited reason for Wasatch Front residents to visit downtown.

“We love championing urban experiences for a growing and increasingly diverse group of residents and visitors,” said Beck, executive director of Downtown SLC Presents. “Authentic cultural and artistic experiences inspire creativity and make our community a truly great place to live and work.”