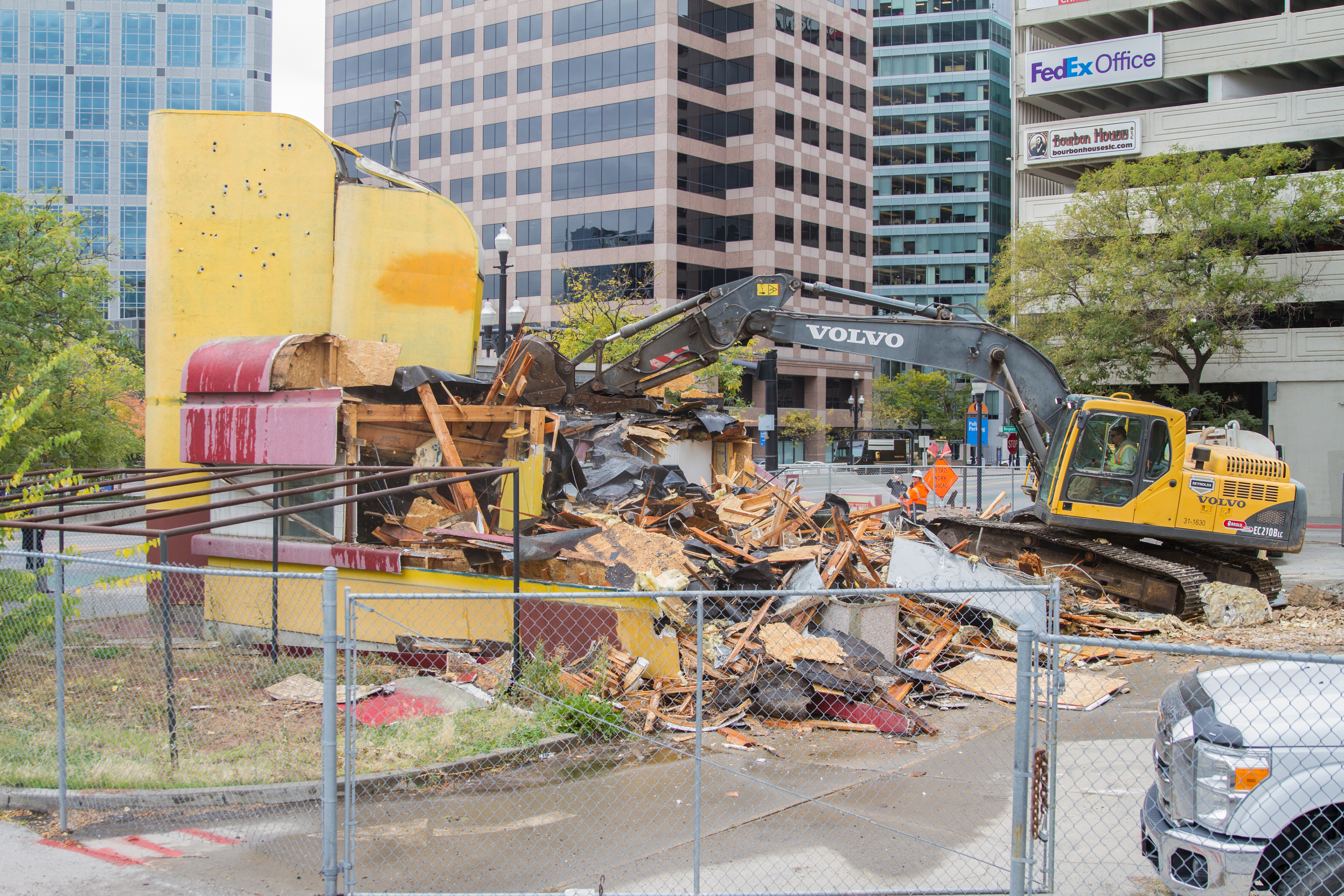 *This is an updated version on a previous post.

Today downtown Salt Lake has a little less blight.  Demolition crews took down the former Eat-A-Burger building at the intersection of Regent Street and 200 South.  The building has sat vacant for nearly a decade on a very valuable parcel of land.

The Eat-A-Burger building is one of two structures that will be demoed to make way for a proposed 22-story boutique hotel, by Form Development.  The mixed-use project will also include luxury condos on floors 13-20.  The project will have no onsite parking but instead will lease spaces from adjacent parking structures. The building’s first three levels will include a lobby, restaurant, formal meeting spaces and other amenities like a gym and spa that will be available for both hotel guests and residents.  The next nine floors will be reserved for hotel guests with 190 rooms available.

Last month the Planning Commission approved a height variance for the 330 foot tower that will consist of a 20-story, 298-foot main building under a 13.5 foot rooftop pavilion and 18.5-foot mechanical penthouse.  Mid-block buildings downtown are usually restricted to a maximum of height of 100 feet.

The building will be built right up to the street level fronting both the Regent Street and 200 South.  The project will maximize its lot space with the building occupying 11,739 square feet of the 12,117 square foot lot.

The development will be in close proximity to several prominent downtown spaces.  The building will be within a block of the Gallivan Center, City Creek Center, Eccles Theater, 111 Main and two TRAX stations.

In June, The Salt Lake City Council acting as the Board of Directors for the Redevelopment Agency approved an Option to Purchase Agreement for three RDA-owned parcels on the 100 South Block of Regent Street.  The agreement allowed the developer to purchase the RDA parcels directly north of the Eat-a-Burger site.