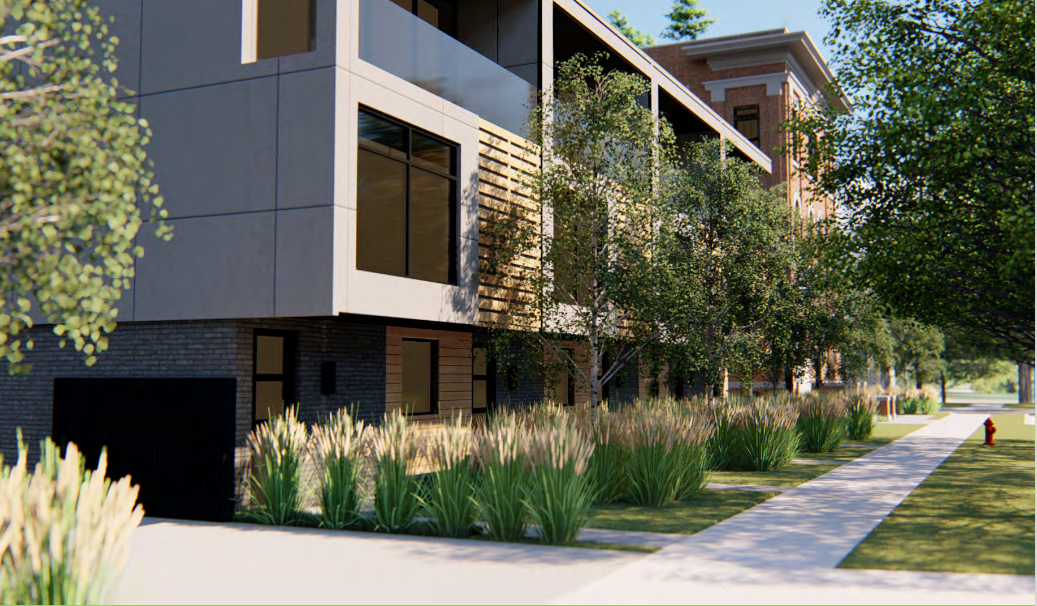 Both the planning commission and the city council had indicated that their support of the upzone was a result of the developer committing to adapt and reuse the three-story historic building.

Clearwater’s rental development will be limited to a height of 30 ft (not including parapets), 23 units, and committed to providing 3 units at 80% AMI or less for at least a five year period.

Valdemoros, a former city planner, emphasized in her public statement the need to balance growth and preservation. “Although this proposal will remove two existing homes, we still need to be flexible and do the best that we can when inevitable change happens,” she wrote.  “I support the rezone for its many more positives than negatives.”

Mano, an architect, defined the question as “whether additional residential density is appropriate in this location. It is my personal analysis that it is.” Noting the city’s investment in transit and pedestrian infrastructure in the 9th+9th neighborhood, “to allow more families to live in this area of the city is good policy.”

Valdemoros’ and Mano’s support of the project faced majority opposition from residents on the street as well as from the East Liberty Park Community Organization (ELPCO) and the East Central Community Council.