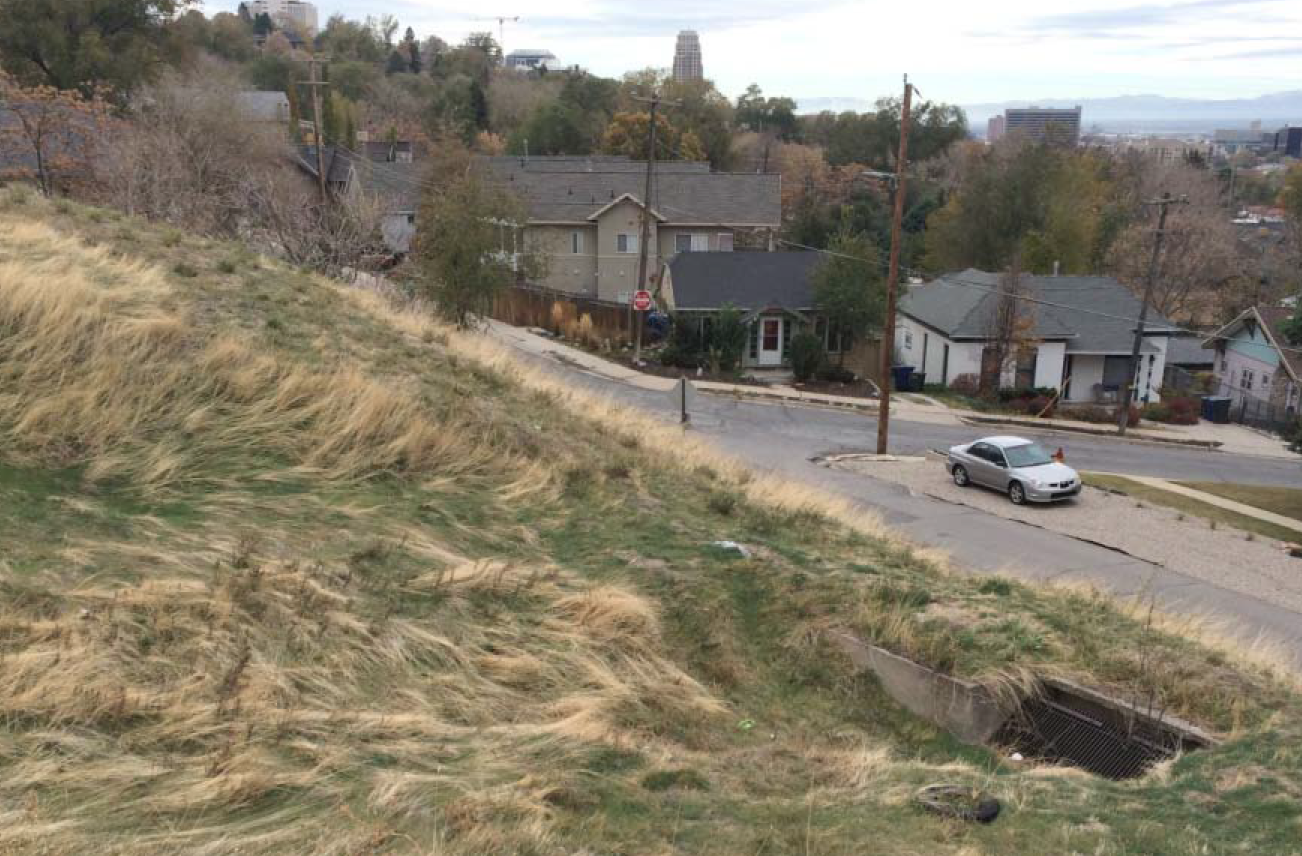 Another of Salt Lake’s vacant/underused lots is poised for development.  Last week the Salt Lake City Planning Commission approved a new subdivision project, at 690 N. West Capitol Street in the Capitol Hill neighborhood.  The developers are requesting a street closure for a portion of West Capitol Street, of which the commission will send a favorable recommendation to City Council.

Developers are proposing 14 twin homes on a 2.03-acre parcel, sandwiched between Victory Road and West Capitol Street.  The development will consist of seven buildings each consisting of two attached homes and garages.

The developer is requesting a street reduction of 11.5 feet for the portion of West Capitol Street that is adjacent to the property.  The road currently has a right-of-way of 49.5 feet wide, the developer would like to reduce that to 38 feet.

In 2007, the planning commission approved a similar project for the site that city planners describe as “difficult to develop” because of its steep slope and proximity to the busy Victory Road.  That project was even larger with 17 units and would have included a new road connecting West Capitol Street to Victory Road.

The northern portion of West Capitol Street currently lacks curbs, gutters and sidewalks.  The developers have promised to add these street enhancements to both sides of the street while also increased the amount of paved surface.   The developers are only responsible to make these additions on the east side of the street.

Residents voiced concerns about increased traffic and on street parking if the development is built.  City planners pointed out that the twin homes will include a private road accessed from West Capitol Street and each home will have a 20-foot driveway leading up to the garage, allowing for additional parking.

The developers will need to go before City Council next to get approval for the street reduction before construction can begin.