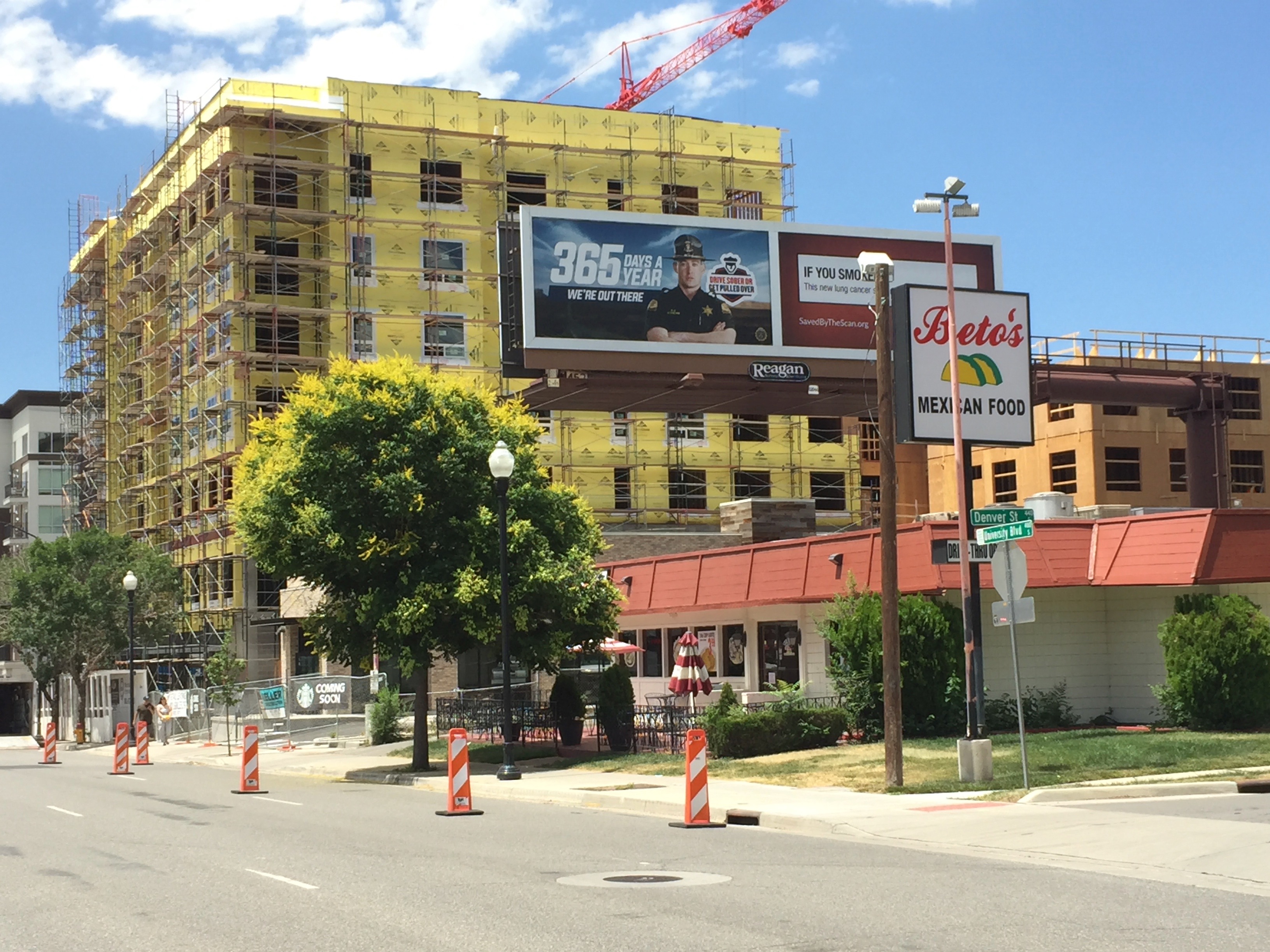 Responding to a zoning-change request by a property owner at Redwood Road and North Temple, Salt Lake City planners recently recommended to the City Council to allow restaurant/coffee drive-thrus in one of the city’s Transit Station Area (TSA) zones.

The zone is Transit Station Area Mixed Use Economic Center – Transition (TSA MUEC-T), currently applied only on North Temple between the Jordan River and the location of the petitioner’s property on the southeast corner of North Temple and Redwood Road.

“You can have both”: The planners’ rationale

In his presentation to the city council, veteran planner Doug Dansie acknowledged the irony of permitting drive-thrus in transit areas. “The elephant in the room is, why in the world would we allow drive-thrus in a TSA zone?”

Drive-thrus have been prohibited in TSA zones, with the exception of banks, since 2004.

The city’s transit corridors along 400 South and North Temple have retained their auto-orientation, Dansie explained. He described 400 South as “de facto kind of the northeast quadrant of I-215. It still carries a lot of cars, it’s US-40. It’s kind of the same with North Temple.”

Dansie noted that the planners struggled with the fact that prohibiting most drive-thrus on 400 South had driven up their value. Non-conforming uses have vested rights to continue that use, a “grandfathering in.”

Dansie employed the example of a “non-conforming Taco Bell or something” on 400 South, which, because of its value, caused developers to “design the whole building around the little drive-thru.” Dansie was referring to the old Subway sandwich store directly west of Beto’s Mexican restaurant, between Denver Street and 400 East. The Quattro project could have supported 30 more units without the Starbucks drive-thru.

Not acknowledged in the presentation was why the Starbucks building was able to be constructed under city code as a “remodeling” of an existing non-conforming use instead of a demolition and rebuild.  Clearly, the Subway building is gone, yet under city building and construction code it can continue its non-conforming drive-thru because one wall of the old structure was retained in its (re)construction.

Dansie said Planning’s goal was to have drive-thrus that were less like the McDonalds on 500 South and 200 West, and more like Chik-fil-A in Sugar House. The McDonalds is suburban in its orientation to the street, while the zoning amendment proposal would result in urban design “that responds to the street and still have a drive-thru. You can have both.”

“We are open to a more walkable area if the area can make that change.” Thus Lori Hendricks unironically ended her presentation for Gaddis Investments, parent company of property owner BIKE LLC (double irony) as she asked the city council to move away from progressive transit zoning that currently applies to her property.

At the southeast corner of North Temple and Redwood Road, the former service station sits on .62 acre and is currently an emissions inspection station.

Encouraging the council “to work with the reality of the market,” Hendricks explained her company’s two-year trial to find a tenant for its property at 1699 W. North Temple. As its building was vacant, it became a target for transients and a free parking lot for semi-trailers.

Hendricks read through a list of gas stations, banks, credit unions, restaurants, and coffee shops that had expressed interest, but all needed a drive-thru, prohibited in the TSA MUEC-T zone. Dansie mentioned in his remarks that “the developer says the property is too small for residential.”

Planning Director Nick Norris refuted that assertion in an email to Building Salt Lake, stating “The site is not too small for housing.”

Praising planning staff for responding with “flexibility” when “circumstances change,” District 4 representative Ana Valdemoros led city council response to the planner’s and petitioner’s presentations, which was entirely positive. “I like this reasonable approach…this project and this amendment.”

Council Chair Charlie Luke thanked the petitioner for their patience. “I think it looks great. I am familiar with that area and am aware of the lack of viable options for both residents and visitors, so I really like this.”

As it currently stands, the zoning amendment will make food/coffee drive-thru a conditional use in the TSA MUEC-T zone, and adds two site design requirements: the drive-thru window cannot face the street and automobile stacking is prohibited along the public right-of-way.

The council will have a public hearing on the proposal on Aug. 27 and has set Sept. 3 for a possible vote.