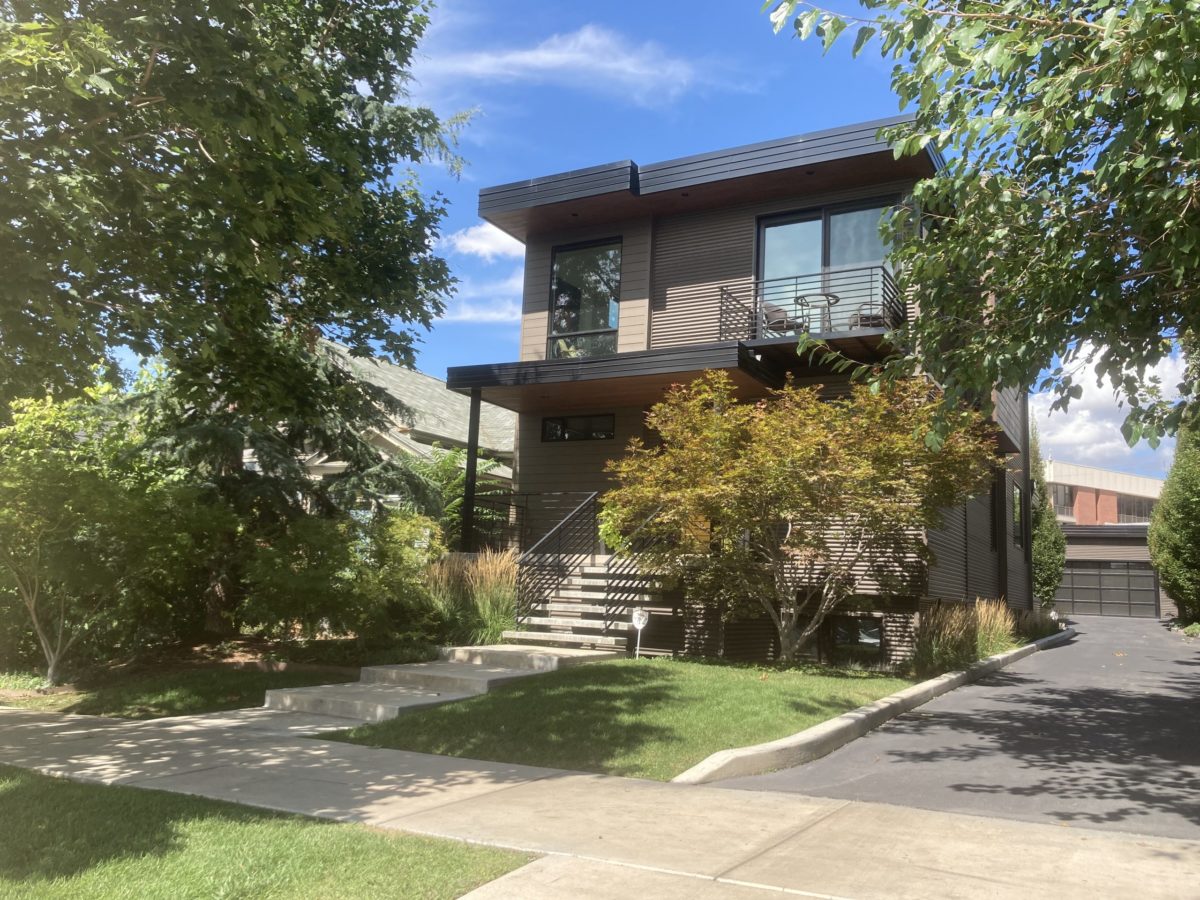 What trends stole the spotlight in 2022? Even in the midst of a building slowdown, we had no problem bringing plenty of news your way. Development in Salt Lake City continues to outpace national activity, and local dynamics cohered into some distinct trends we reported on over the year. Here are the top seven.

1. The city gets serious, kind of, about infill

After years of hand-wringing by city council members and objections by defenders of neighborhood character, pro-infill regulatory changes were put into place that will make new small developments possible in some city zones while making them less expensive to build.

Off-street parking requirements were eliminated or reduced in some areas of the core, while most areas, about 80% of the city, stayed the same. Shared housing (formerly called SROs) were legalized in a handful of zoning districts, while the city council still waits to agenda ADU reform. On the table: making accessory dwelling units permitted uses in all residential zoning categories and removing the owner-occupancy requirement.

With the completion of Liberty Sky, at 151 S. State, and both the mixed-income 255 State and The Charles at the West Quarter reaching completion, Salt Lake City’s rental market started to move into maturity in 2022.

Others are in the midst of construction – notably Astra Tower at 200 South and State, and the Worthington at 300 East and 300 South. In the pipeline are The Main St. Apartments at the Utah Theatre, The Grid on 200 South at the West Quarter, and a new tower on West Temple as part of the Red Lion Hotel conversion-expansion.

The city council is considering increasing height limits outside the D-1 zone, which would hugely incentivize the construction of more residential towers. The most expensive land in the state continues to be in the city’s D-1 zone.

By the way: we consider a “tower” around 20 stories.

While the economic slowdown looks to slouch into recession, rents are falling nationwide and vacancies are on the rise. Salt Lake City and Utah, however, showed itself bucking the worst trends on this front in 2022.

Salt Lake City finished the year in the top half (barely, at 46) of 100 US metros for rents on 1- and 2-bedroom apartments, according to the National Association of Realtors (NAR).

According to their aggregated data, one-bedrooms are averaging $1430 and two-bedrooms $1650, four spots below Boise and three above Phoenix.

As of November 13, 2022, residential vacancy rates nationwide were at 6%, Utah 5%, per iProperty Management’s aggregated figures. There are indications that rents are starting to stabilize in Salt Lake City, without a large increase in vacancies.

We ran a year-long series called “It’s blowin’ up” to highlight the changes along the North Temple corridor that are setting the standard for the total transformation of this important street on the city’s west side.

It’s been 10 years since the city and UTA rebuilt the public right-of-way, adding Trax light rail, wide sidewalks, landscaping, and a bike lane. Property owners who had auto-oriented businesses could see the writing on the wall in the 2010 North Temple Boulevard Plan – as well as the hike in their property taxes, thanks to a special assessment district that maintains the foliage.

The 100-acre Rocky Mountain Power campus is getting a mixed-use redevelopment plan, as major land owners across the street on the north side, including the Utah State Fairpark, and likely to follow RMP’s lead.

The city’s Thriving in Place initiative culminated its sophisticated data collection and analysis process, and with the help of Univ. of Utah professors and graduate students documented the extent of displacement risk in the metro area.

One of their main conclusions: There are basically no more affordable neighborhoods in the Salt Lake Valley. The situation is truly dire for people who make 50% of the area’s annual median income. “They’ll become homeless, double-up, or leave the state altogether,” a consultant from the Urban Displacement Project who’s studied displacement nation- and world-wide told the City Council.

“This is something that I have never seen before,” he emphasized, pointing to the Wasatch Front’s lack of surrounding towns providing cheaper housing options as seen in other major metro areas.

Reports of a now-abandoned plan for an In-N-Out Burger at the northwest corner of 2100 South and State St lit up our trends column in 2021. Although that proposal seems to have gone away, a Jack-n-the-Box looks to replace the old Sconecutter just south of Curry in a Hurry and Rusted Sun Pizza.

Antiquated commercial corridor zoning enables such projects, and Salt Lake City, which has plenty of it, was even willing to change its North Temple TSA zoning to permit a Starbucks drive-thru at Redwood Rd.

We tweeted the news in 2022 that Raising Cane’s at 2150 S State in South Salt Lake will be joined in 2022 by two more drive-thru restaurants across the street in SSL’s “downtown.”

In August, Salt Lake City’s planning commission held a discussion on whether drive-thrus should continue to be allowed in the Sugar House business district. Those proposed changes are still in the works at city hall.

Notable motel/hotel transformations have occurred or will be occurring on Main St., State St., 600 South, and North Temple. In some cases the pro-residential motel/hotel zoning and ample acreage is what attracted developers – and existing structures were demolished.

In other projects, the buildings are being converted to long-term rental housing, like Lattice at the former Red Lion. On North Temple near the airport, permanent supportive housing is being created for people transitioning from homelessness.