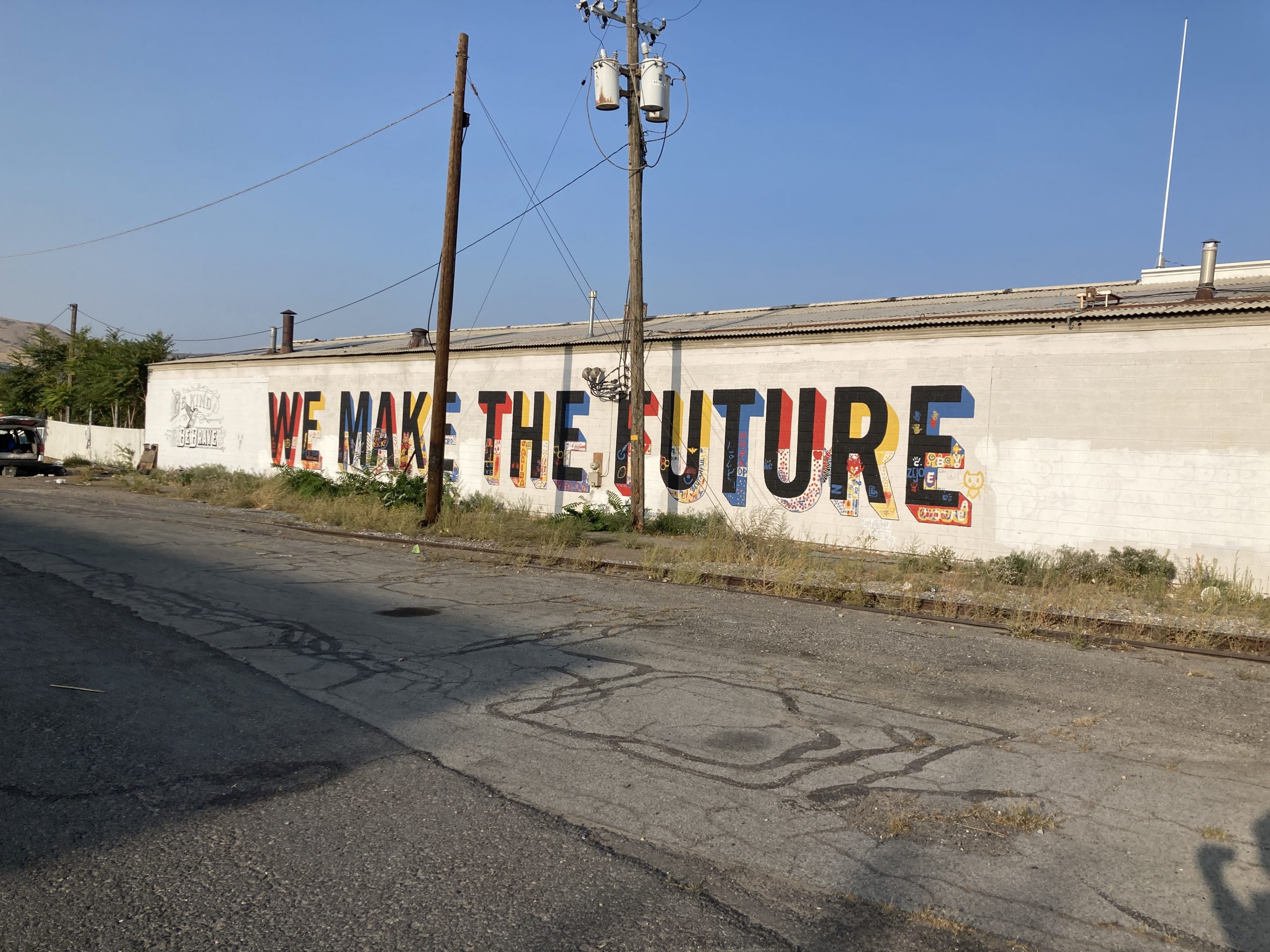 At the Salt Lake City Council’s last meeting of the year, Mayor Erin Mendenhall weighed in on the idea of making the city-owned Fleet Block a city park. She doesn’t like it.

Mendenhall warned the city council Tuesday night against decisive action on the city-owned Fleet Block, especially mandating any specific acreage for a city park. In the same statement, she faulted the city for repeatedly passing the buck for the block’s redevelopment “from administration to administration.”

“I would really caution against..some fine numbers, acreage, or percentage of land on this property until there is public engagement on this and a market data study.”

How long a new round of public engagement and a market study will take was not specified.

The mayor has ambitious priorities for the Fleet Block – and one of those is open space. But, she says, still has less than a “fine point” and is open to discussion.

The new Form-based Urban Neighborhood FB-UN-3 zoning is expected to do the work on the Fleet Block, along with the development agreements the city can make with its chosen partners prior to property sale.

Mayor Mendenhall was present for the entirety of the council’s work session briefing on Tuesday. She made the lead statement and had her Director of Community and Neighborhoods, Blake Thomas, precede council staff’s presentation and the council’s discussion.

Thomas spoke to the city’s intention to create Fleet Block public space to “honor, mourn, celebrate, and build community for those that have been marginalized in our city. To help those who have not been marginalized to listen, learn, and grow from the experience of others.”

In addition, he reiterated the Mayor’s statements on community involvement in designing the Fleet Block’s open space. “We are ready and willing to play a role in convening city leaders and community members and reimagining our city commons together.”

Public space on the Fleet Block can be responsive to and inclusive of the community, the mayor said, and future tenants could pay for it. She expects development agreements to produce “the opportunity to get tenants, owners of land at Fleet Block to provide funding for programming beyond what the city has been able to do in the past.”

The mayor’s park priority: 17th South and the Jordan River

The idea of a Granary park on the site – between 300 and 400 West, 800 and 900 South – has gained traction among at least a couple of council members, District 2’s Andrew Johnston and District 6’s Dan Dugan. District 5 representative Darin Mano has told Building Salt Lake that he would support a park and other public uses, like an art museum, on the property.

Council Chair Chris Wharton, from District 3, told us in November that “having a park or some other public space and public art has always been a large component of the council’s vision.”

Mayor Mendenhall in her comments to the council foregrounded her new park priority: transforming the abandoned water park Raging Waters into community recreational space. The nearly 17-acre property at ~1201 West 1700 South is owned by the city and deed-restricted to be recreational public space in perpetuity.

The water park property sits at the northeast corner of the city-owned Glendale golf course. The golf course, part of the city’s budget that is in trouble for not meeting statutory requirements to be balanced, was briefly on the table for conversion to a regional park under an aborted property-tax bond proposal by the Becker Administration (2008-16).

Since then, especially after then-candidate Jackie Biskupski (Mayor 2016-2019) benefited from golfer backlash in defeating Becker in 2015, right-sizing the city’s golf portfolio has been a political hot potato. Both ends of city hall seem less than motivated to make the difficult, legally necessary decisions to shrink the city’s golf course offerings.

Despite the wealth of city-owned property that is currently zoned public space (like the Fleet block and its six golf courses), Mendenhall told the council that the “opportunity to create two regional parks is increasingly slim.”

A threat to ignore it if made a park?

The mayor emphasized that her administration has had conversations with residents that have yielded “incredible” ideas for the 17-acre Raging Waters site.

In tamping down Granary park demands, Mendenhall stated “I’m trying to be realistic about our flat budget this year and next. I don’t want to pass Raging Waters onto future administrations like was done with the Fleet Block.”

When asked by Building Salt Lake why the mayor has prioritized the west side park concept at Raging Waters, the administration’s communications team gave us no detailed answer.

Mendenhall told the council that proposed park space at the Fleet Block “could be as unremarkable as some open spaces on different blocks in other parts of the city, unprogrammed, without art, without lighting, without engagement. It could be that. And it could still fulfill your acreage and your percentage [requirement].”

Members of the public advocating for keeping the BLM murals and public gathering space continued to pour into the city council’s inbox and online speaking queue.

“Thank you for letting us have a voice,” said Gina Thayne. “As someone that has a beloved person up on that wall, I still stand firm about keeping it there as a constant reminder of what shouldn’t happen to families, and to bring the community together. Keep it as that healing spot.”

Frequent city gadfly George Chapman commented, “I disagree that chances are slim for two regional parks. Mayor, you shouldn’t be setting up the west side against Ballpark and Central 9th and Downtown for the next park. I know you didn’t intend that, but it sounded like it.”

The city council directed staff to return in a future briefing with multiple options for action on both the zoning and the disposition of the block. No vote on either item has been scheduled.