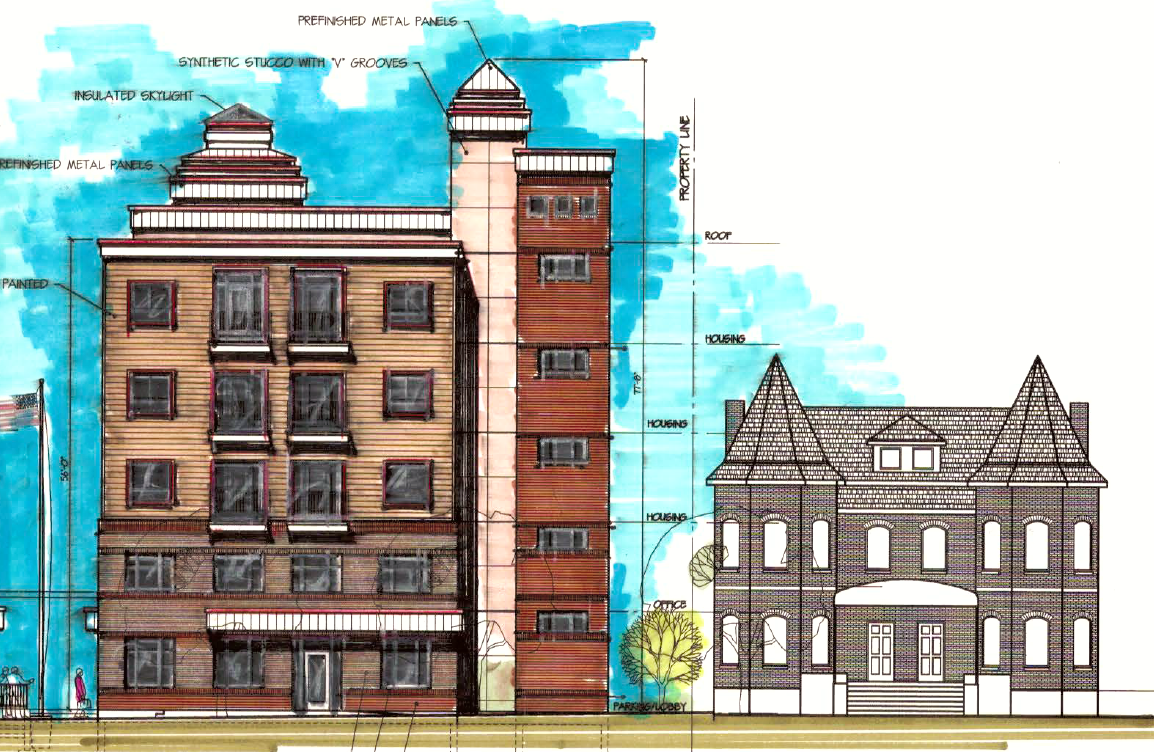 The First Step House is ready to move forward with the second phase of its Central City campus.  The nonprofit, that provides recovery treatment for veterans and low-income residents, has started the Transit Station Development review process in preparation for a fourth-quarter 2018 groundbreaking.

In its entirety, the First Step House campus will consist of three buildings built in three phases.  The first phase opened in 2016 and includes 50 beds with 32 transitional, apartment-style beds and 18 emergency beds.  The first phase replaced a one-story commercial office building at the 400 South block of 500 East.

The second phase will be significantly larger than the first and will be five stories with 75 permanent housing units reserved for resident earning at or below 30 percent Area Median Income (AMI).  The building will replace a surface parking lot directly north of the first phase building and will front both Denver Street and 500 East.  In addition to the affordable housing units, the project will include supportive services and office space for the nonprofit’s operations.

The apartments will occupy the top three floors.  The first floor will consist of structured parking and the lobby for an outpatient clinic.  The second floor will house the offices, community room, fitness center and 12,000 square feet of outpatient clinic space.  First Step has received several state and federal tax credits but the nonprofit is still securing additional financing sources to fund the $15 million-second phase.

In January, the Salt Lake City Council approved First Step House’s $402,250 loan request for the land acquisition of a two-story vacant commercial structure directly north of the 400 South facility.  The nonprofit will convert the structure into a 40-unit affordable housing development for residents earning less than 30 percent the AMI.

First Step House hopes to start construction on the third phase in spring 2019.  When all three phases are built out the First Step’s 500 East campus will add 115 affordable units to the market and supportive services on 1.0-acre.