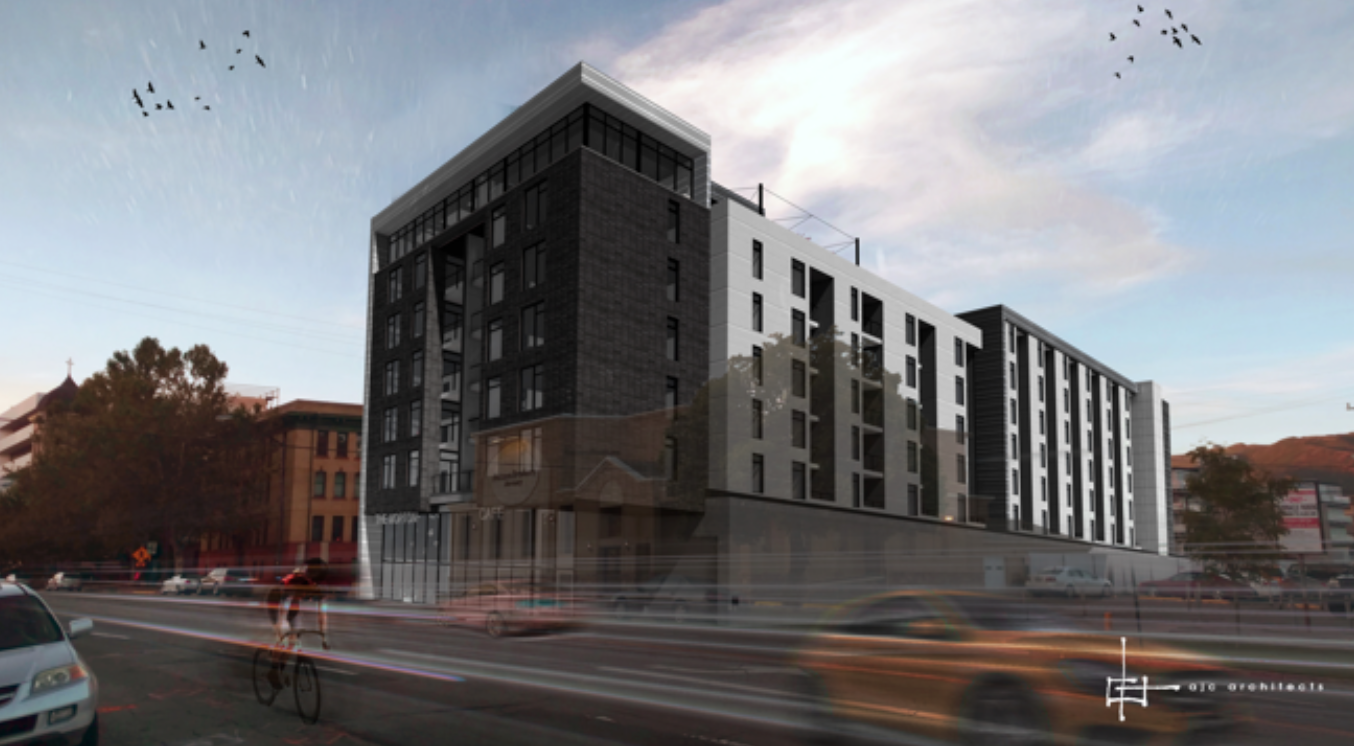 After years of leading best of rankings in business and technology, Salt Lake City is beginning to attract national developers looking invest in the growing city.

“Downtown Salt Lake has emerged as one of the most attractive and affordable places to live for lifestyle-driven professionals from all over the country,” said David Enslow of Timberlane Partners.

The Seattle-based, Timberlane Partners plan to build their first new construction project in downtown Salt Lake later this spring.  That project, the Morton, will be an eight-story mixed-use residential building planned for the 200 South block of 200 East.

The developers first received local attention after the company purchased the former Artspace shops on the 300 West block of Pierpont.  The change in ownership caused several long-standing businesses to relocate after Timberlane raised rents last year.

The Morton will replace a 0.63-acre surface parking lot just north of the Russon Brothers Mortuary. The $21.5 million, 120,000 square-foot project will consist of 137 residential units and 1,400 square feet of retail space.  The project includes a two-story parking podium with ground-floor retail below six stories of residential space.  The project will have 100 parking stalls, 0.73 parking spaces per unit, and the units will be a mix of studio and one and two-bedroom apartments.

According to the developer, the apartments will be designed with an open floor plan with floor to ceiling windows.  Most of the amenities will be at the penthouse level and will include a clubroom, fitness room, yoga spaces, pet terrace and grooming room and a community rooftop terrace.

The Morton will maximize the lot size and will be built right up to the street level and to the adjacent buildings to the north and south.

According to Michael Sanders, owner of the vintage store Now and Again, Timberlane has informed the commercial building’s tenant, which also include The People’s Coffee and the Tavernacle social club, that rents will increase.  Now and Again has been at its current address for the past 3.5 years. During lease renewal negotiations, Sanders said he was told that his rent would increase by 25 percent and he would have 60 days to vacate if he didn’t agree to the new terms.

But for Enslow, Timberlane’s recent property acquisitions and new developments like the Morton are just the first phase of the company’s investment in Salt Lake.

“We’re strong believers in this market and as the city continues to add more amenities, infrastructure, housing, new jobs and retail, it’s likely that downtown Salt Lake will be one of the premier cities in the country to work and recreate,” said Enslow.