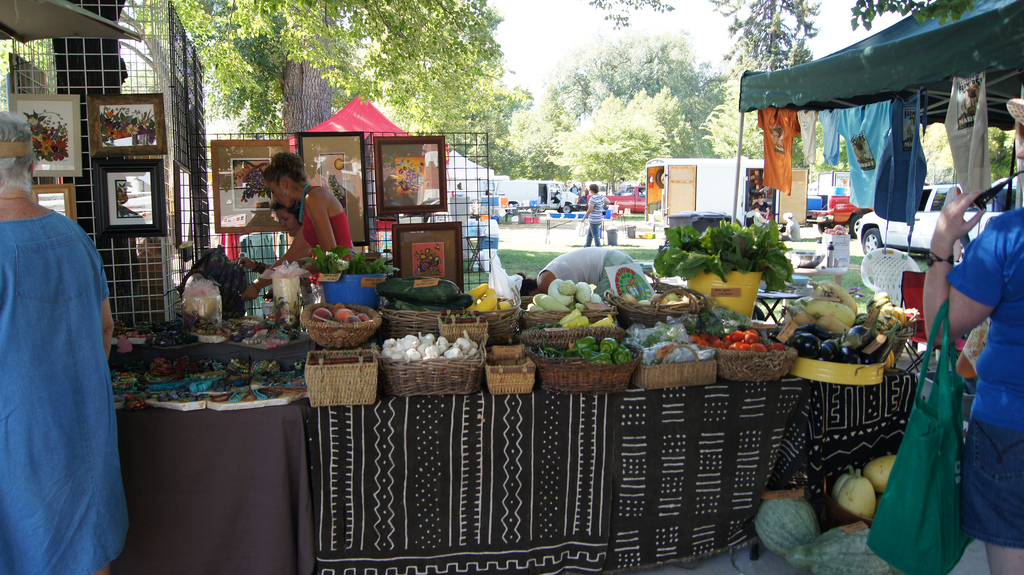 In Salt Lake City’s westside neighborhood of Glendale, getting to the grocery store can be a challenge.  According to a 2013 Salt Lake City Community Food Assessment, the Glendale and Poplar Grove areas have low supermarket access and some of the lowest vehicle ownership rates in the city.  The neighborhoods are also underserved by mass transit.

“Salt Lake City is striving to create an equitable local food system that provides healthy and affordable food for all residents,” said Mayor Ralph Becker in a press release. “For many residents in our Glendale and Poplar Grove neighborhoods, it can be a challenge to access healthy whole foods. This project will bring fresh, local fruits and vegetables to residents who live in the largest food desert in Salt Lake City.”

According to the City, the $54,421 in grant funds will be used to coordinate and operate five mobile markets and three farm stands from June to October 2016, which will be hosted by Glendale-Mountain View Community Learning Center, Hartland Partnership Center, Neighborhood House, Sherwood Park and Sorenson Unity Center.  All locations will accept SNAP/EBT and Double Up Food BucksU food assistance programs.

Families in Glendale are larger, younger and more racially and economically diverse than families from other parts of the City.  According to 2010 U.S. census data, the median age in the neighborhood is 27, four years less than the the city median of 31.  While, forty-nine percent of Glendale residents identify as non-white compared to 25 percent of residents citywide.

Households are also significantly larger in Glendale, yet incomes are much lower.  The average household size in Glendale is 3.6 persons, while Salt Lake City’s average size is 2.4 persons.   The median income in Glendale is nearly $20,000 less than the citywide median.

In contrast, the Central City neighborhood in Salt Lake welcomed the City’s first Natural Grocers, a organic and natural foods grocery store that opened Tuesday at 645 E. 400 South.  Residents living in the Central City neighborhood now have four grocery stories with large produce selections within a block of each other: Smiths Marketplace, Trader Joe’s, Whole Foods and Natural Grocers.

Mobile food trucks are becoming a popular method in bringing healthy food to underserved neighborhoods.  Healthy food advocate groups in Chicago converted an old school bus into a mobile farmers market for the City’s south and west side neighborhoods.