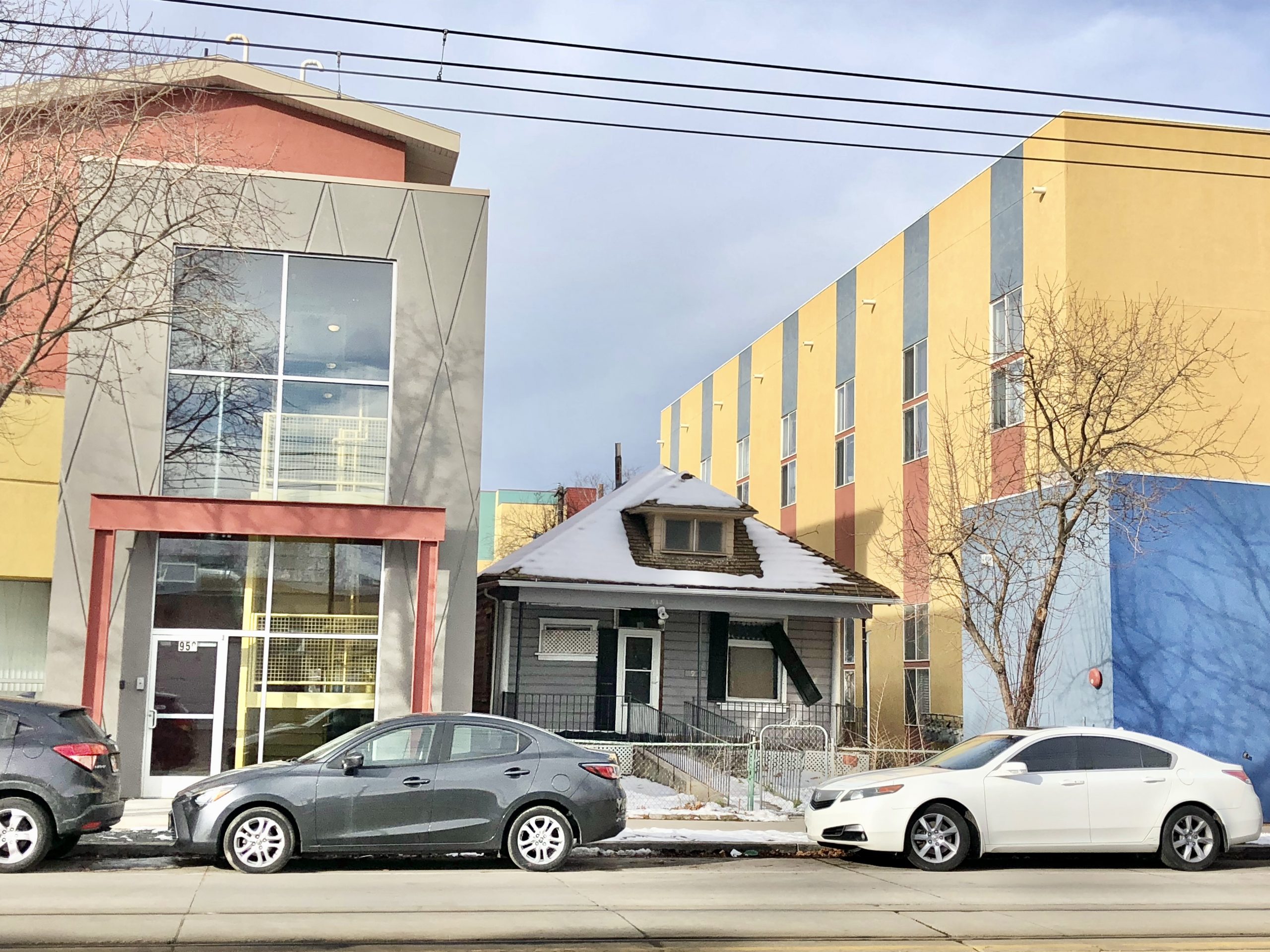 The days of inexpensive rent and housing may be forever gone from Utah’s capital, and even working through a backlog of policies may never bring it back.

The balance between urban infill, historic preservation and housing affordability may be out of whack, and recent sustained demand for housing has likely permanently priced people out of living in Salt Lake City.

Updates to rules for development could threaten swaths of older homes that add historic character while also adding much-needed housing at a lower price point.

That was the discussion among a Building Salt Lake panel that included a developer, an architect and a preservationist discussing infill, gentrification, historic preservation and affordability, all central to Salt Lake City’s ongoing building boom.

Salt Lake City officials are currently debating updates to policies that developers must follow, which houses are likely to be torn down and replaced with more new ones, how much parking needs to be provided and more.

Those rules in turn affect what is built and conversely what’s torn down. That may provide more places to live but also impacts the historic nature of the city, hitting refresh on a parcel or string of parcels and the stories they once told.

It’s a difficult balance with no easy answer, which may partially be why the policies are stalled at City Hall.

But overall, the sense is that the balance between policies that promote affordability, density and historic preservation is off, and housing both for rent and for sale is getting farther out of reach for Salt Lakers, panelists said.

“Overall, I’m fairly pessimistic about Salt Lake returning to the level of affordability that I think all of us have enjoyed” in the past, said Jordan Atkin, owner of the housing development group TAG SLC, during a panel discussion hosted by Building Salt Lake. “What we can do is by modifying the policies that are in front of us…I don’t know if we’re going to get to ‘affordable,’ but it can be ‘attainable.’”

The City Council is weighing updates to the city’s low-density zoning regulations. Currently, developers say requirements for big setbacks, excessive street frontage, and side and rear yards make it impossible to pencil a project unless it’s luxury or high-density.

Clio Rayner is an architect and principal at GSBS Architects who emphasizes sustainability through design.

“To make the market factors work for some of the developers who are trying to build pretty unique and nice developments within the city, sometimes they have to develop more units or have a higher end unit that’s limiting the diversity of people that can live in Downtown Salt Lake,” Rayner said.

RMF-30 “puts you at 0.21 acres, more or less, which in Salt Lake is a pretty big lot,” Atkin said. “You’re required to have an 80-foot-wide frontage lot. That’s also pretty big for the city.

“When you’re looking to do a project and your starting point is 3,000-square-foot per townhome, you have to go high end,” Atkin said.

There is a fear that housing that has become outdated and therefore naturally affordable to rent or own will be rapidly torn down if the city doesn’t have the pieces in place to encourage preservation.

“As pressure expands for development, we’re not just filling the empty lots,” said Polly Hart, who lives in the Capitol Hill neighborhood and served on the city’s Historic Landmarks Commission. “We are also tearing down the historic structures.”

Her fears for the loss of the architectural integrity and uniqueness of Downtown-adjacent neighborhoods if the RMF-30 ordinances passes is shared by some significant citizen land use activists.

When asked to comment on the policies of various mayoral administrations on preservation, Hart told us, “None of our mayors cared very deeply about preservation, in my opinion.”

The City Council has had briefings on gentrification, displacement and its Housing Loss Mitigation ordinance, currently still under Administration review.

Those are among a cluster of infill ordinances slowly working their way through City Hall.

The City Council pushed pause on the updates to RMF-30 so that it could focus on incentives and protections to existing housing stock and not lose what is called “naturally-occurring” affordable housing.

“With RMF-30 the goal of slowing it down until other petitions were finalized is to ensure the current stock of naturally occurring affordable housing is not totally lost to new market rate units,” said City Councilwoman Ana Valdemoros, who intended to join the panel but was pulled into a work emergency. Valdemoros submitted written answers to questions.

Valdemoros represents District 4, which includes Downtown and the Central City neighborhoods home to swaths of RMF-30 that would likely be targeted under the updated rules.

“I would like to see some provisions included that will help keep the current stock of affordable housing,” she said, “or provide incentives to replace it in new build(s).”

“It is my hope [with] the new ordinances, paired with financial incentives, we can incentivize some segment of the market to provide for affordability, density and preservation.”

What that means, in the meantime, is that developers will continue operating under the rules as they are today, generally fewer and more expensive units replacing “naturally occurring” affordable housing.

The Council is hoping long-term gains will mitigate short-term lost opportunities as builders continue adding thousands of new housing units per year in the capital city.

Among the cluster of ordinances sitting at City Hall is an update to the ordinance over parking minimums, or the minimum number of off-street parking spaces that must be created per housing unit or retail space.

The proposed updates would impact a portion of the city, and generally require fewer off-street spaces in many instances.

Typically, parking takes up about a third of the overall space of a new building. That’s space that otherwise could be used for more housing. It’s also particularly less expensive to construct a building that has no parking.

“5-over-1, podium style buildings, just to operate the building costs us nearly $500 per unit per month,” said Atkin, with TAG SLC.

In the city’s Central 9th neighborhood, where zoning requires no parking minimums, builders have provided small-unit housing build slab-on-grade (no parking podium) at relatively affordable rents compared to buildings that include parking.

Demand for those units, Atkin said, is “extremely high.”

“We can hit a price point that is not achievable with podium style construction,” he said.

Politically, however, parking rules everything. And heading into an election year when five of seven council members are on the ballot, the ordinance seems destined to sit put for another few months.