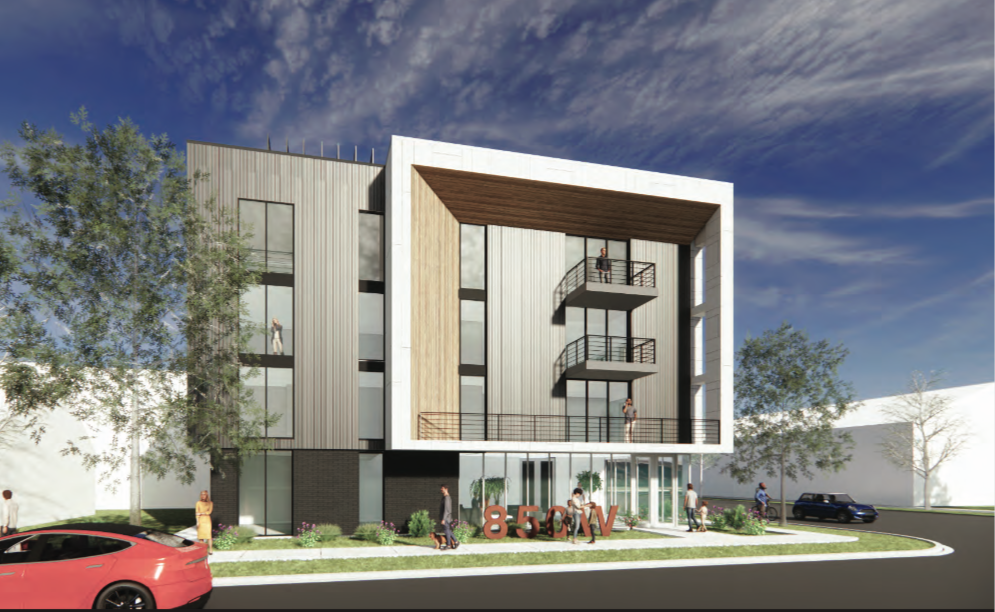 A 45-unit, 5-story studio apartment project has been proposed for a .20 acre lot on the corner of Jeremy Street and 100 South in one of Salt Lake City’s mostly quickly transitioning neighborhoods, just south of the North Temple transit corridor.

Axis Architects and TAG SLC have submitted to the city plans for an all-studio project they’re calling Apartments at 850. Sitting on TSA-UN-T zoning, the building will be five stories. The ground floor contains 12 parking stalls wrapped by resident amenities.

The project will replace one single family home in a neighborhood that is receiving increasing attention, despite the challenges of being hemmed in by freeways to the south and east, and the massive facilities of Dominion Energy (natural gas) on the west.

The developer has scored the project at 130 points in the city’s TSA formula, which allows projects to pass with administrative instead of planning commission review if scoring 125 points or higher.