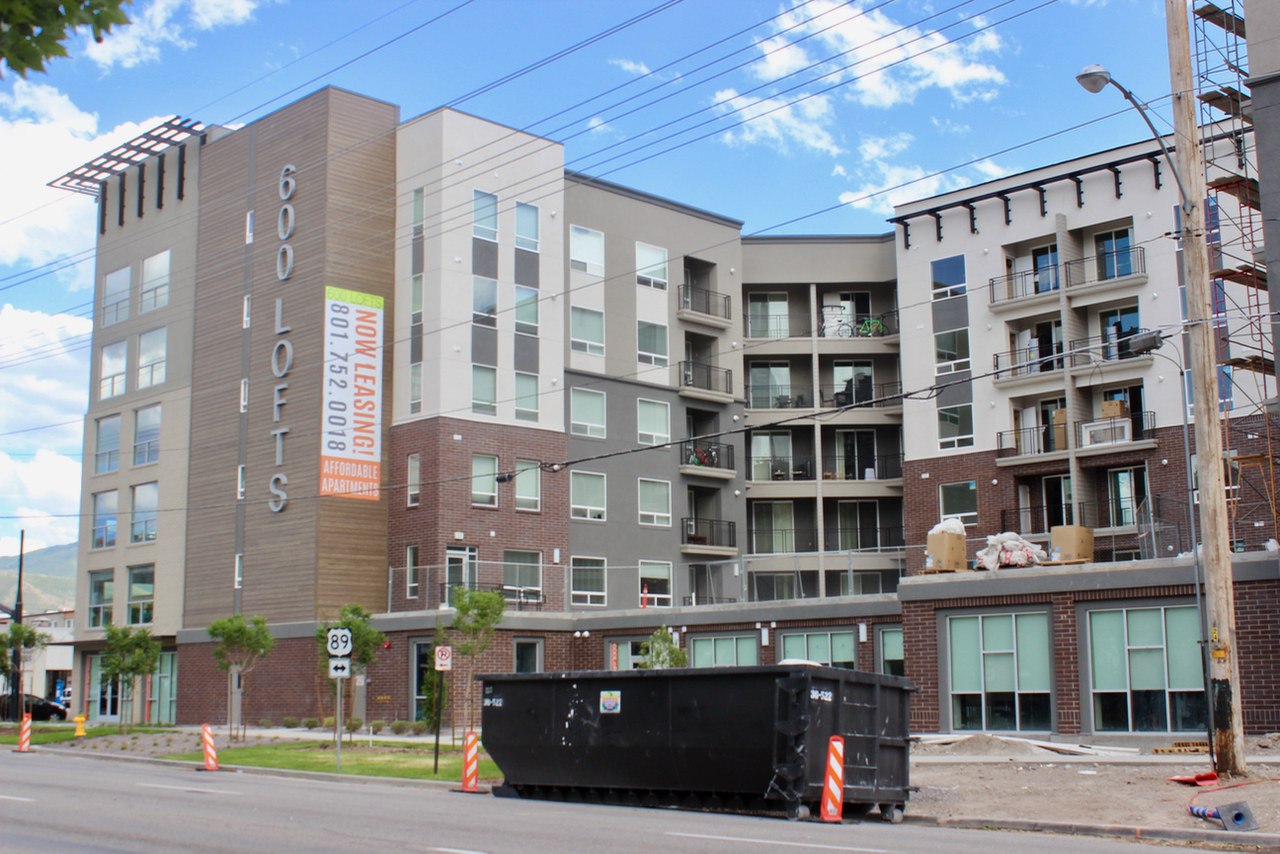 Downtown is experiencing unprecedented residential growth, but the city’s current building boom started in the downtown adjacent neighborhoods like Central City.  There are two large residential projects underway just outside of the downtown core that are nearly finished, the 600 Lofts at the intersection of 600 South and State Street and The Bonneville apartments on the 200 South block of 500 East.

The eastern wing of the 600 Sout Lofts is already open to tenants while construction crews are finishing the western wing.  The Bonneville apartments is mostly built with crews just finishing up the building’s interior.  When fully completed, the two projects will add 425 units, 274 of which will be income restricted units (all from the 600 Lofts).

While not nearly as close to being finished, the Liberty Boulevard Apartments on the 700 East block of 400 South is well over halfway framed out.  The project is a block in length with frontage on 400 South, 500 South and 700 East.  The northern section of the building, fronting 400 South, is framed out but framing is still underway on the 700 East and 500 South portions.  Liberty Boulevard will be mixed-use with ground floor commercial space on 400 South and will include 267 units, 27 of which will be income restricted.

*Click the numbers below to continue onto the next page to view images of The Bonneville and Liberty Boulevard Apartments.