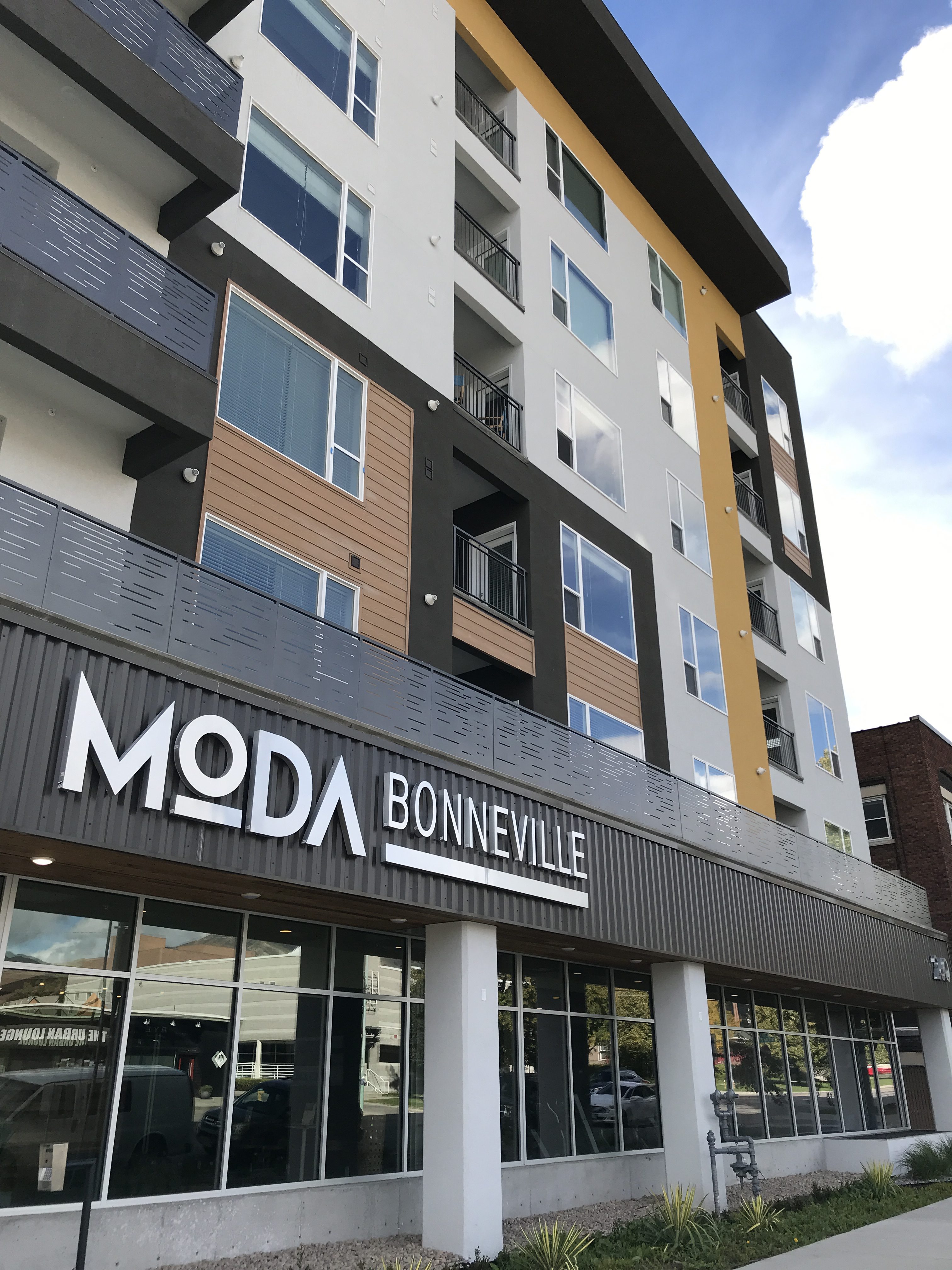 Development along the 400 South Corridor in the Central City and East Central neighborhoods continues to evolve with three large complexes in various stages of completion on or close to the TRAX Red Line to the University of Utah.  The three projects: Moda Bonneville, Liberty Boulevard and Block 44 add a combined 631 residential units to the corridor.

The Moda Bonneville, opened this summer. The Moda Bonneville, on the 200 South block of 500 East, features 158 units above a parking podium.  JF Capital is the developer.  Rents start at $1,240/month for a 545 square-foot studio and go up to $1,980 for the largest two-bedroom units which come in at 1,115 square feet.  The project is just two blocks north of the TRAX Red Line Trolley Station and is adjacent to several restaurants and eateries on 300 South and 500 East.  The Bonneville is also along the high-frequency 205 bus route and is adjacent to the 300 South bike lane and a GREENbike station. 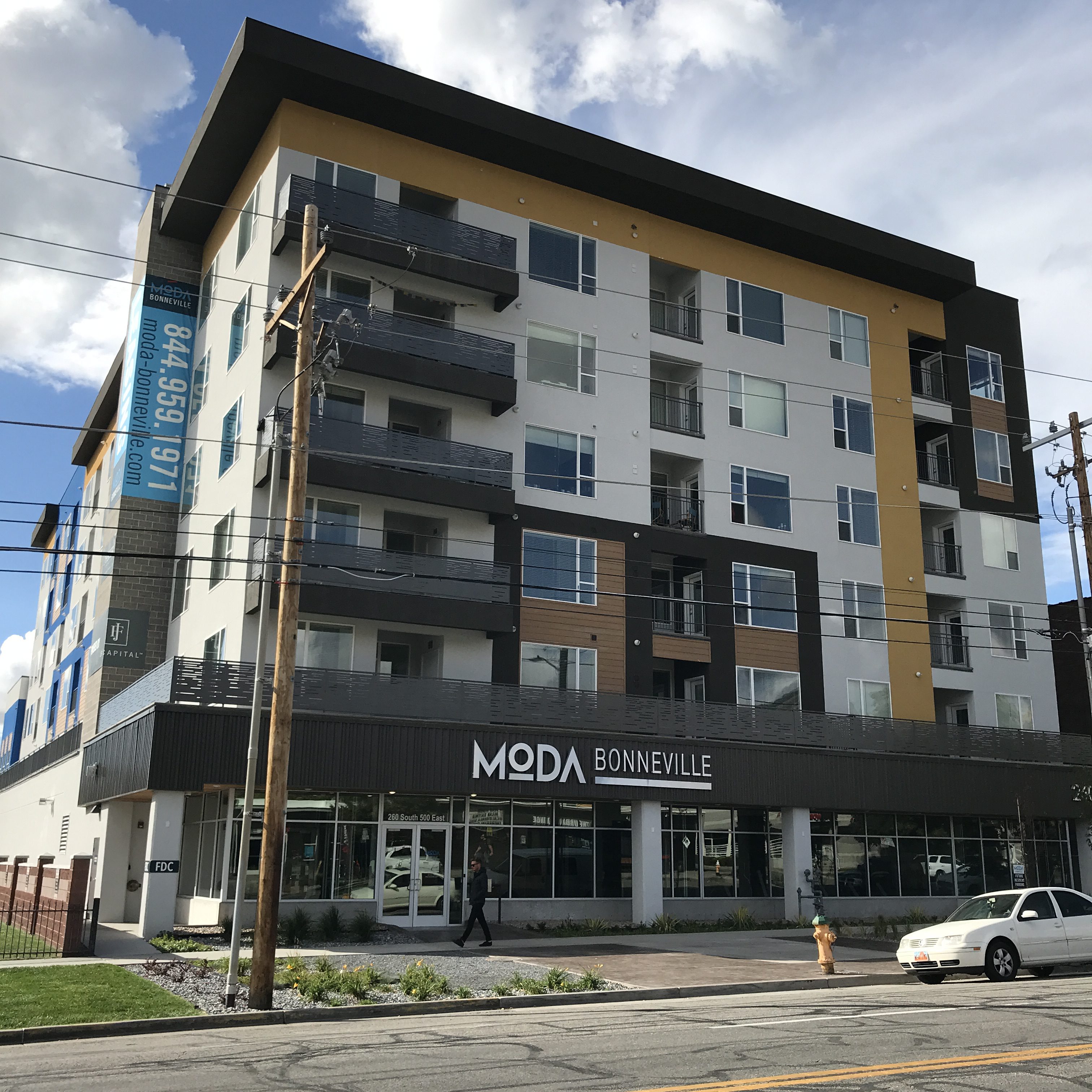 The front of Moda Bonneville which faces 500 East.  Photo by Mike Fife.

Cowboy Properties continues to be busy developing in the capital city.  The prolific developers are building the Liberty Boulevard Apartments on 700 East between 400 and 500 South.  The 266-unit project will front all three streets.  Along 400 South it’s tucked in between Litza’s Pizza and the Chuck-A-Rama Buffet.  On 700 East the project fills in the space between Ruby River Steakhouse and the X Wives Place bar.  Drawings indicate a commercial space on 400 South.  The project is well situated to transit being within two blocks from the TRAX Red Line Trolley Station and 900 East Station.  The project is also kitty-corner to Trolley Square and within easy walking distance to Whole Foods, Trader Joe’s, Smiths, Natural Grocers and many restaurants and businesses.