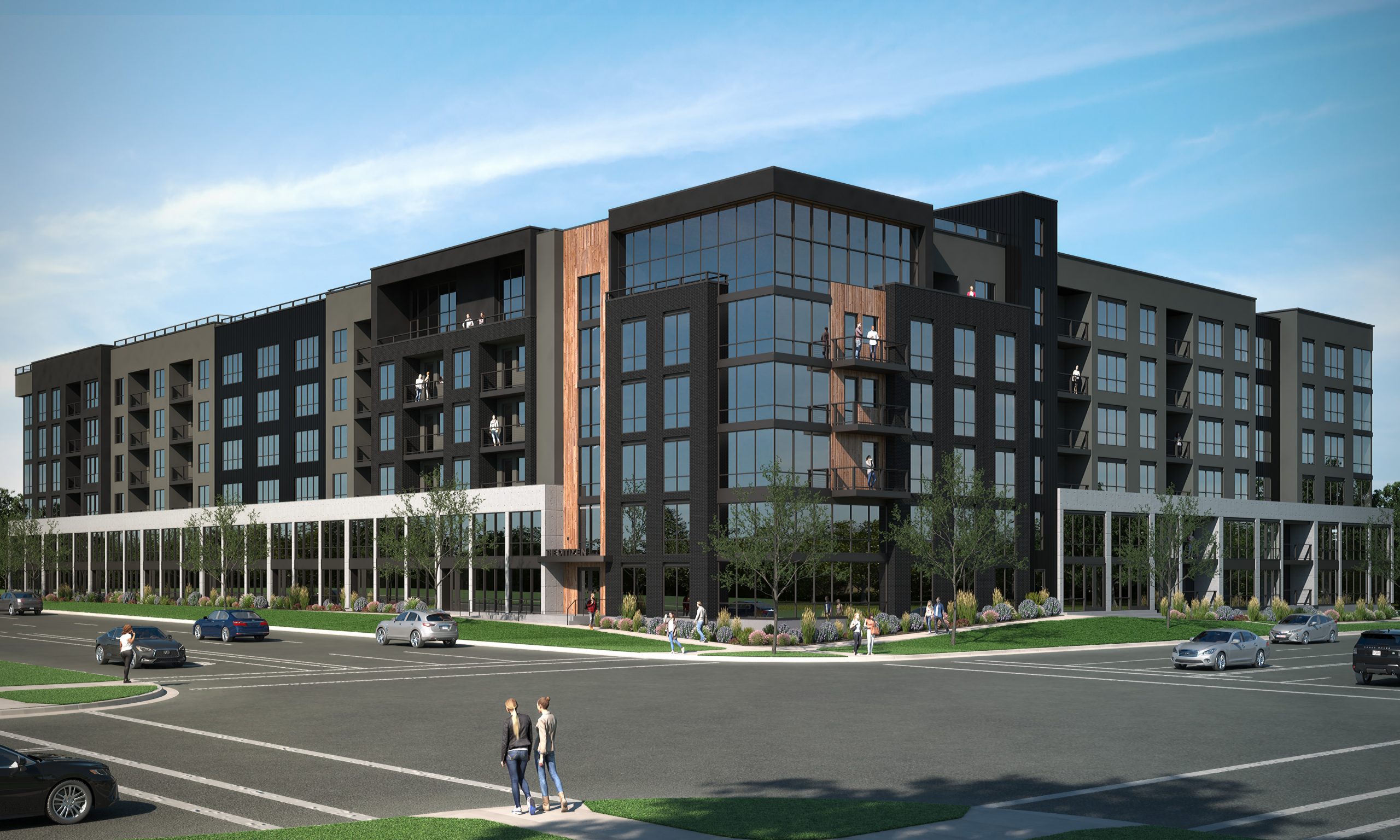 In Central City, just southeast of Downtown, 1970s-vintage low-rise office buildings are transitioning to multi-family residential in a big way.

Three projects along 400 East – one under construction and the other looking for a zoning change – add to a number of developments that are integrating an architecturally-forgettable office ghetto into the increasingly-lively transit corridor of 400 South just a block to the north.

The Citizen – under construction

At 515 South 400 East, The Citizen will bring 264 new apartment dwellings to the neighborhood.

The 6-story building fronts 500 South, 400 East, and Denver St., and is designed by Architecture Belgique and landscape architects LOFTSIXFOUR.

The Citizen’s amenities include a large 3-floor courtyard with a pool and spa. A secondary courtyard shows custom fire pits and BBQ areas for tenants. The building’s top (6th) floor features a fitness center and clubhouse connected to a 3,400 sf rooftop deck.

Directly to the north, across 500 South, sits a three-story Class B office building with a two-story parking ramp on 2.52 acres. It has attracted not a few would-be developers in the last several years.

Terland Inc. is seeking an upzone to TSA zoning – likely to make the expensive land cost pencil in a future multi-family residential project.

•Currently a 3-story Class B office building with a two-story parking ramp on 2.52 acres

•North half of block is zoned TSA-UN-C

The development group’s zoning amendment request is about to go to the Planning Commission, according to the city’s open data portal. BSL reached out to the planner on the project for the department’s staff report, with no response.

Not all projects on the street are big. Just to the north of the aging beige 1970s office behemoth, enterprising developers squeezed in 37 micro units at 435 S 400 E.

Originally called the Jasmine Apartments, it is currently branded Sola37. It was permitted “over the counter” without design review, as was The Citizen.