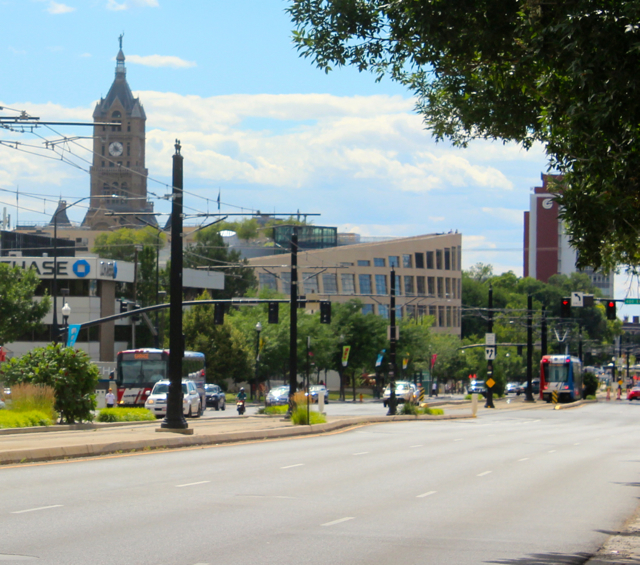 According to a new study from planners at the University of Utah, light rail along the 400 and 500 South corridor in Salt Lake City has resulted in less daily car trips, reducing congestion and car emissions.

“This is the first study to document important effects of light rail transit on traffic volumes,” said Reid Ewin, professor of city and metropolitan planning at the University of Utah and lead author on the study, in a University press release.

The study found that after the University TRAX line opened, traffic declined while commercial and residential development along the corridor increased.  According to the study, if the University TRAX line did not exist there would be an estimated 9,300 more cars each day along the 400 and 500 South.  The study also shows that current traffic levels along the corridor are at the lowest levels in nearly 3o years.

“The line avoids gridlock, as well as saves an additional 13 tons of toxic air pollutants. This is important knowledge for shaping future transportation policies,” said Ewin.

University of Utah planners focused on the University extension because ample time has passed to measure its full effect, and because it has the highest ridership in the system.

The study further establishes the benefits of mass transit along busy traffic corridors.  When the University TRAX line opened in 2001, it directly connected the University of Utah to the downtown business district, two of the largest employment clusters in the Salt Lake region.  After the extension to the University Medical Center was completed, another large job center was connected to Downtown.

The University TRAX line is now referred to as the Red Line and no longer directly connects to the downtown business district.  Since 2011, the University line runs from the University of Utah to the Daybreak community in South Jordan, a suburb of Salt Lake.  Commuters riding TRAX from the University must exist at the Courthouse Station to either a Green or Blue Line train into downtown.

University students and employees arriving from the Frontrunner commuter train must take a Blue line train to Courthouse and transfer to a Red line train or transfer from Central Station to a bus.

Salt Lake City and UTA planners appear to see the need for direct service between the University and the downtown business district.  In January, UTA won a $2 million grant toward creating a new TRAX line that would provide direct service from the University to Downtown and the Salt Lake International Airport, connecting three of the largest sources of traffic in the state.

Growth continues along the 400 and 500 South corridor, with three large residential projects under construction and at least five similar projects proposed.  With hundreds of new residents living within walking distance to TRAX, connecting the University and those who live along the TRAX Line to downtown will benefit a growing Salt Lake.