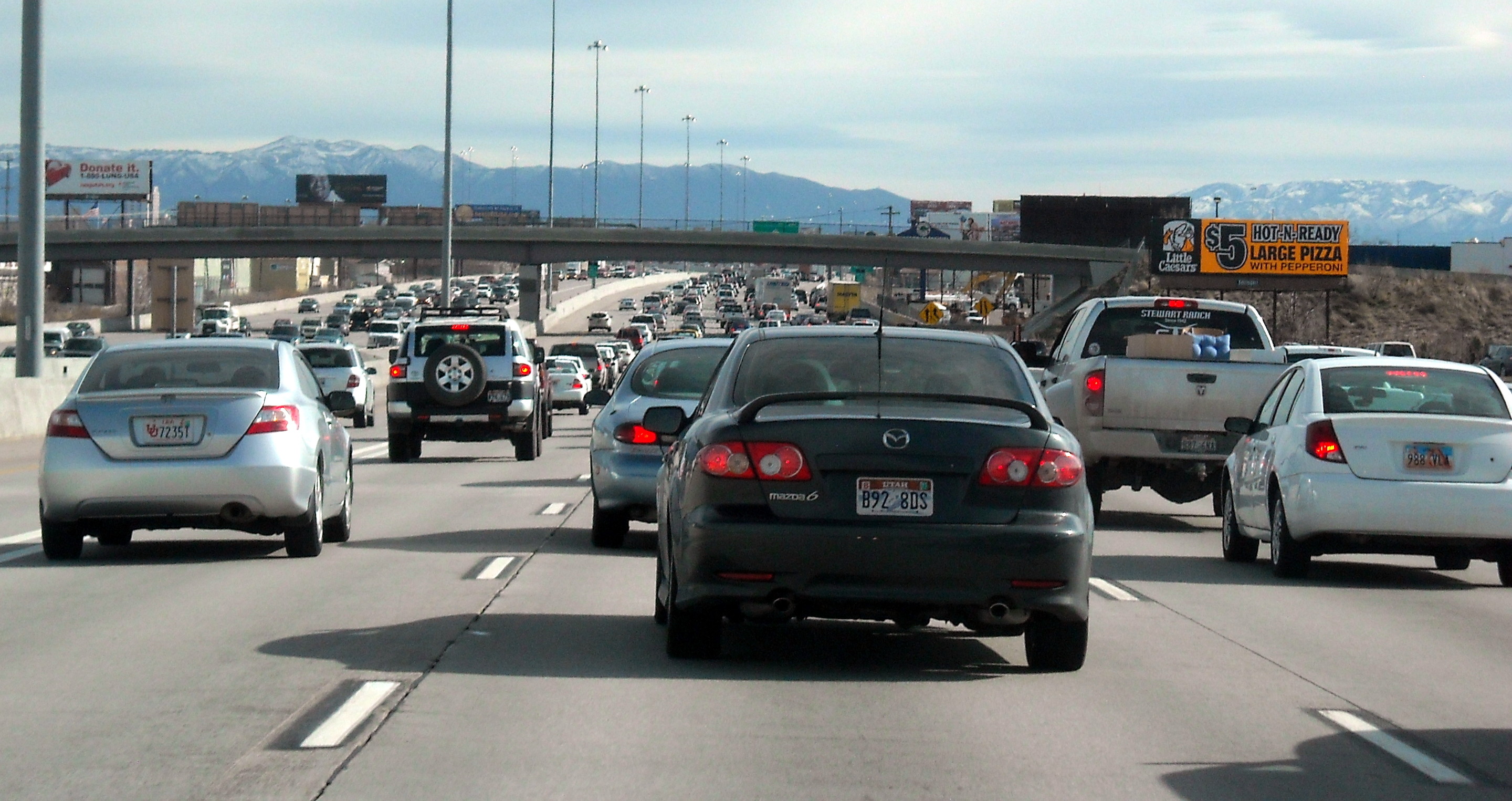 A recently released study reaffirms the consequences of local sprawl and the importance of residential development in the region’s urban centers.  A team of scientists at the University of Utah found that since 2001, suburban development has contributed to rising carbon dioxide (CO2) emissions in Salt Lake County, yet population growth in the urban centers had no measurable impact on emission levels.

The report’s findings are based on nearly 17 years of data from six CO2 sensors placed at the University of Utah campus, Sugar House, Rose Park, Murray, South Jordan and Hidden Peak in the Wasatch Mountains.

Of the five valley locations, the sensor in South Jordan was the only one outside of an already-developed area.  At the time the sensor, directly west of the far west border of South Jordan, was placed in 2004 the area was farmland.  Scientist intended to use that sensor to measure rural emissions from the Point of the Mountain communities.  The sensor picked up emission readings from Draper to Lehi, the area that has been the epicenter of most of the past decade’s residential and commercial development along the Wasatch Front.  As the area’s population has increased so have its CO2 emissions.

Yet Salt Lake City has also experienced residential growth since 2004, adding around 10,000 people, but its growth hasn’t increased emission levels.

“In the more urban area, there’s population growth there, but it’s in the mature part of the city, not associated with growth in CO2,” said, Logan Mitchell, a research associate for the U’s Department of Atmospheric Sciences, in a statement. “If you add more people into downtown Salt Lake City, they’re going into an existing place. But it’s this population growth in rural areas that is seeing an increase in CO2 emissions.”

There are signs of regional progress in mitigating sprawl.  Salt Lake is leading the Wasatch Front in multifamily development, accounting for nearly half of the region’s multifamily units under construction.  Also, the Point of the Mountain Development Commission recently released the Prefered Vision Plan for the area surrounding the current home of the Utah State Prison in Draper.  The plan encourages transit expansion, growth in urban centers, expansion of trails and open space, increasing housing options and getting homes closer to whee people work.

Additionally, the Wasatch Front Regional Council (WFRC), a regional planning agency for Weber, Davis and Salt Lake Counties, is finalizing its Wasatch Choice 2050 (WC2050) draft plan and that will provide direction for local leaders to encourage develop in their urban centers and grow in ways that are healthier, more equitable and discourage unmitigated sprawl.

Despite progress being made, the Point of the Mountain continues to rapidly grow in areas that have limited or no transit access and leaders offer few incentives for developers to build near established transit routes.

Leaders are bracing for an additional 2 million residents along the Wasatch Front by 2065.  Because of geographic restrictions most of that growth will need to happen in the urban centers.

In January, Andrew Gruber, the executive director for the WFRC, told a group of local planners and developers that improving access to transit and getting people to live closer to where they work, the region will be able to grow without increasing CO2 emissions and could even potentially reduce emission levels by 50 percent by 2050.  To accommodate that density, more residents will need to embrace living in multifamily developments.  Gruber estimates that 75 percent of Wasatch Front Residents live in single-family detached homes.  To reduce emissions and mitigate sprawl, that number will need to drop to 60 percent by 2050.

The University of Utah publishes real-time and archived CO2 emissions measurements that can be found at https://air.utah.edu/