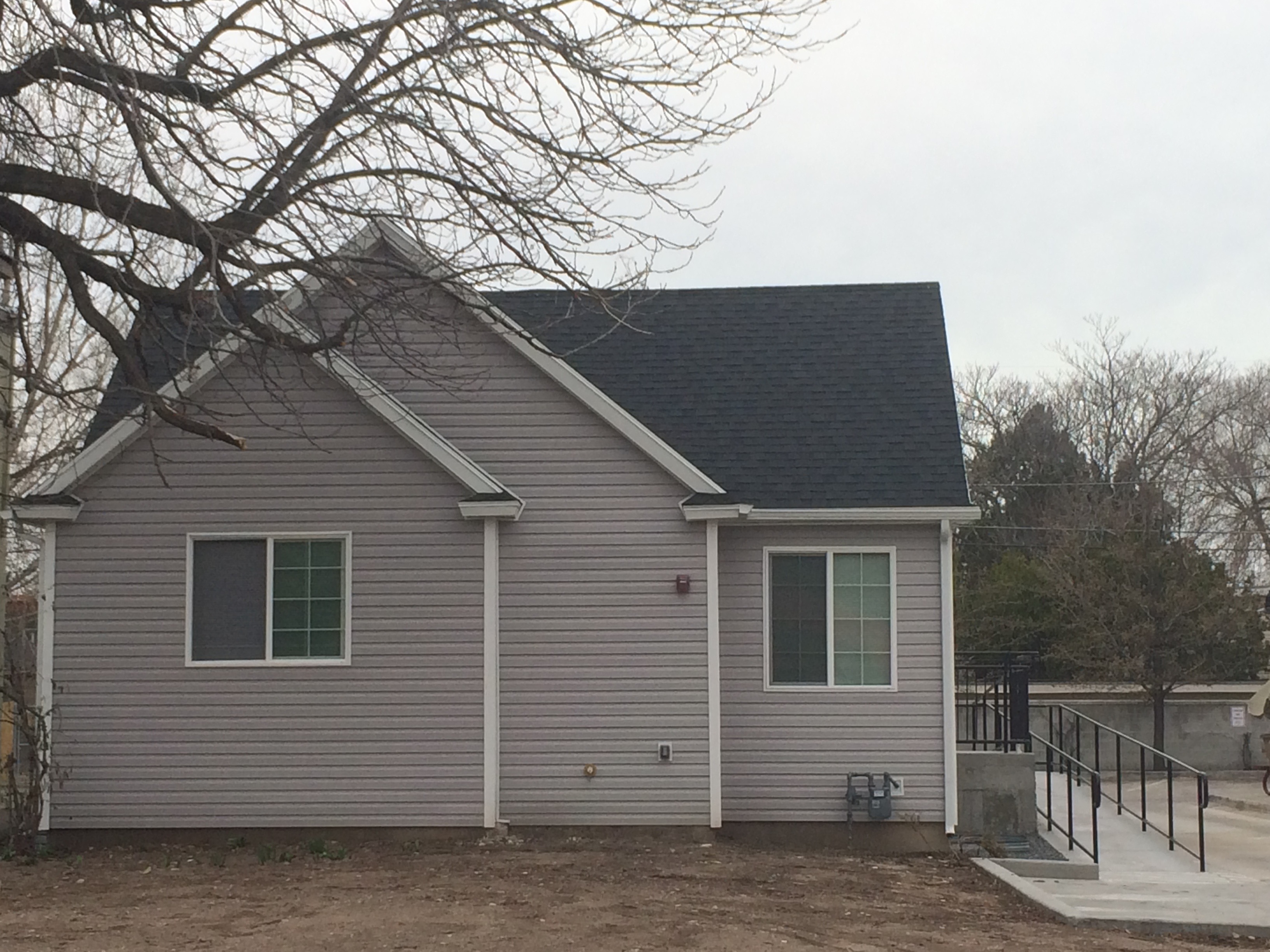 In early 2010, Steve Lufkin was unemployed and living at the Road Home shelter.  During that time, Luftkin became a member of Alliance House, a nonprofit “clubhouse model” educational and rehabilitative program for adults with serious and persistent mental illness.  Within five months of joining the Alliance House, Lufkin had housing and was working.

“Alliance House became my job, it gave me something to do five days a week,” said Lufkin.  “It helps me to be productive.”

The Alliance House celebrated Wednesday March 11, the opening of the Nelson Eccles House.   The 2,719 square foot, Eccles House will provide 10 studio apartments that will serve as transitional housing for club members of the Alliance House, on the 1700 block of Main Street in Salt Lake City.

With the addition of the Eccles House, Alliance House now provides 39 subsidized, residential apartments for its members.  To quality for housing, the members must regularly participate in programs at the clubhouse.  The clubhouse provides education, job training and support for 315 members.

“Housing makes such a big difference (for members) and there is a community to draw from because the housing is so close to the clubhouse,” said Sue Weaver the Development Director at the Alliance House.

The Eccles House joins 1805 House and the Valley Villa Apartments, a collaboration with Valley Behavioral Health and the United States Department of Housing and Urban Development (HUD), as housing providers for members.  All three buildings are within a block of the clubhouse.

“Alliance House pulled me out of a homeless situation and put me into a responsible housing situation,” said Luftkin.

Shortly after Luftkin became a member of Alliance House he began working in the transitional employment program that provides members with job training by pairing them with various employers with the possibility of future employment with the company.  Participating companies range from the University of Utah to Squatters and Wasatch Brewery.

Alliance House works to help members reintegrate into the community as members not only gain work experience but club members also work along side staff to perform the day-t0-day operations of the clubhouse.

The program also works with the Horizonte Instruction & Training Center to provide tutoring and coursework for members working to complete their GED or High School Diploma.

The original house that would become the Nelson Eccles House, housed guests receiving training at the Alliance House.  The home had to be completely gutted in order to build the ten studios and make it ADA (American Disabilities Act) accessible.

Each of the Eccles House’s ten studios includes a twin bed, small fridge, kitchen cabinets, bookshelf, stove and large ADA accessible bathroom.  Members can stay up to two years at the Eccles House.  Members living at Valley View and 1810 can stay indefinitely.   Members staying at any of the housing units provided by Alliance House pay a subsidized rent of 30 percent of their income.

The Nelson Eccles House is one of several recent projects aimed at keeping people of the street.  Construction is underway on the First Step House that will provide 50 beds for homeless veterans.  While, the Pioneer Park Coalition has asked the Utah State Legislature for $1 million to build new housing for the homeless at a location yet to be determined.

A large portion of the over $500,000 needed to build the new apartments was provided by a funding allocation from the Utah State Legislature, a Salt Lake County Community Development Block Grant (CDBG) and grants from the George S. and Dolores Doré Eccles Foundation and the William R. Hearst Foundation.