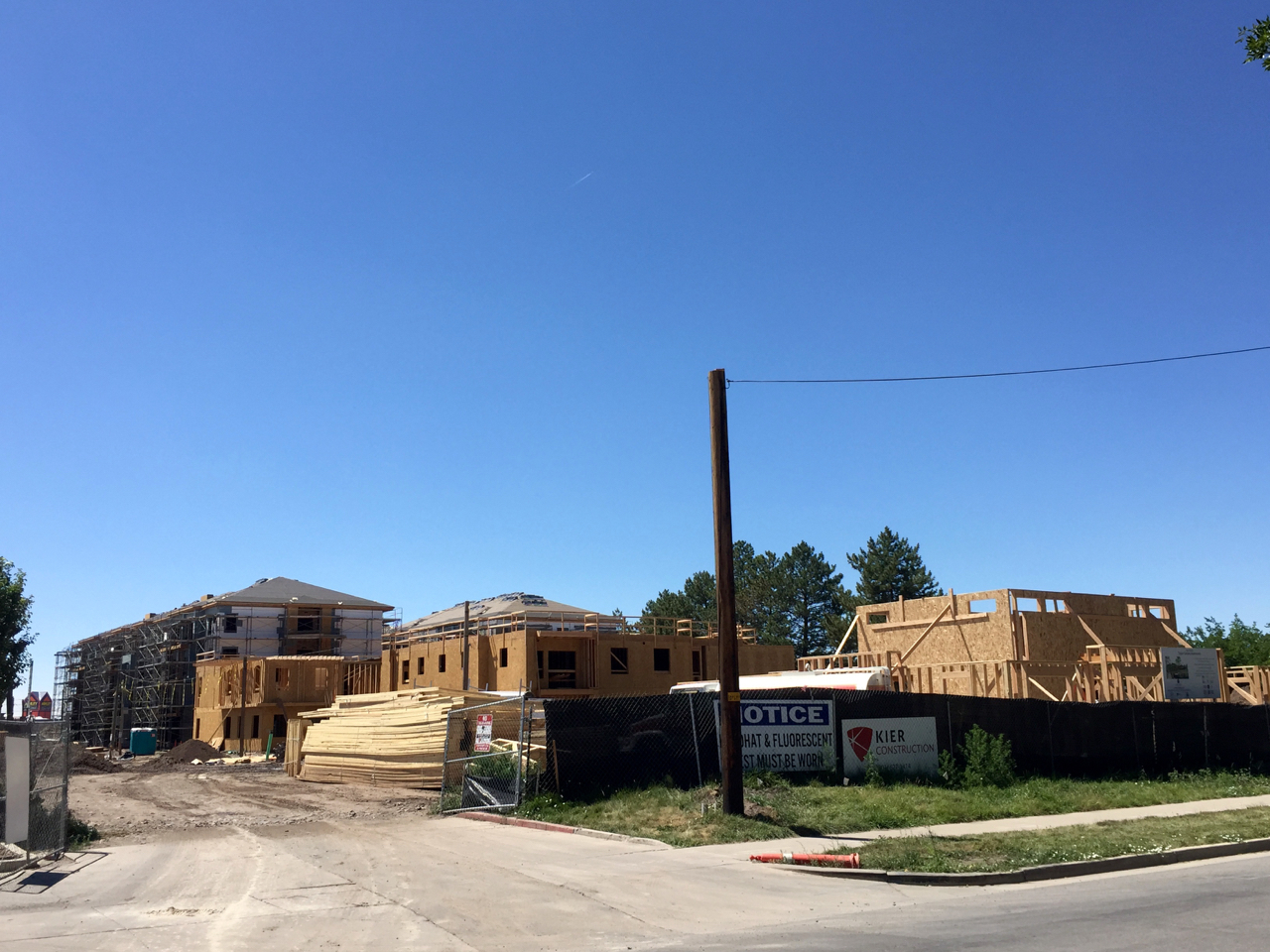 A cluster of affordable housing is developing in the Ballpark neighborhood, directly southwest of downtown Salt Lake.  Construction is well underway on the Taylor Gardens Apartments, a 112-unit affordable housing complex for residents 55 and older.

The project at 1800 S. West Temple, is directly adjacent to Taylor Springs, another affordable housing project for seniors.  The development is located within a four block vicinity of two other affordable housing projects, the Ballpark Apartments and the Enclave Apartments.  Like Taylor Gardens, the Ballpark Apartments at will be reserved for seniors.  The Enclave Apartments will be multifamily units ranging from one to three bedrooms.

“There is a growing need in this City for affordable housing,” said Salt Lake City Mayor Ralph Becker at the groundbreaking for the Ballpark Apartments in April.

The Ballpark, Enclave and Taylor Gardens developments help add a combined 425 affordable housing units to the residential market.  That is only a fraction of the 8,200 affordable units the City estimates need to be added to market to meet demand.

In January the City launched the 5,000 Doors Initiative, a citywide plan to add 5,000 affordable housing units over the next five years.  The added 5,000 units will be split between rentals for extremely low-income households and an expansion of owner-occupied units for low to middle-income households.

Apart from supporting affordable housing projects, the Initiative seeks to “protect affordability in neighborhoods where affordability is disappearing” by providing tax credits to development that designates a percentage of units as affordable.  Market-rate developments, like Liberty Village in Sugar House and the North Sixth Apartments near the Gateway designated a portion of their units for lower income residents.

Taylor Gardens will be home to seniors, victims of domestic violence, persons with physical disabilities, veterans and persons who are chronically homeless. The development will consist of 98 one-bedroom units and 14 two bedroom units.

Rents will range from $248 to $663 per month. Sixty-six of the units were supported by Low Income Housing Tax Credits. Those units will be leased to residents with incomes between 25 percent to 49 percent Area Median Income (AMI).  The remaining 46 units will be rented to those earning no more than 80 percent AMI.

The project will be styled similar to Taylor Springs. The Housing Authority of Salt Lake City is the developer of both projects.