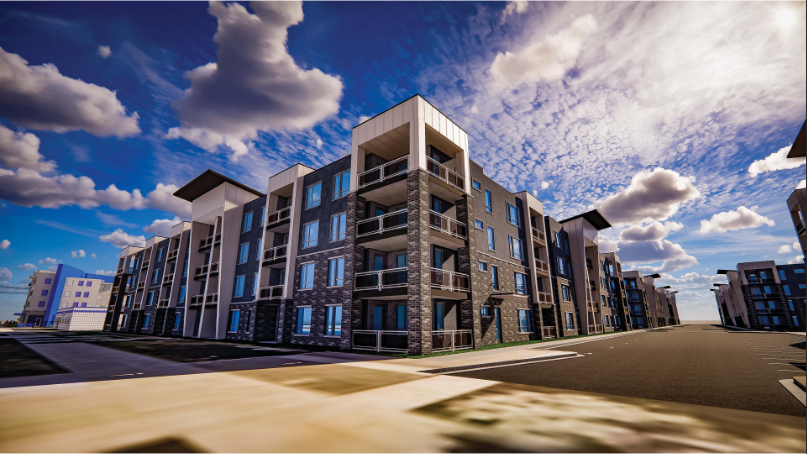 Over the next month we’ll be bringing you more coverage than usual about the North Temple corridor on Salt Lake City’s west side.

Formerly a six-lane highway, in 2010 the city re-envisioned and re-built the street with UTA, creating the Airport Green Line branch of TRAX light rail. Significant infrastructure improvements were made for people walking and biking, in the hope of creating a “Grand Boulevard” under Mayor Ralph Becker (2008-16), a main champion of the project.

The city also rezoned hundreds of acres of property to variants of its TSA Transit Station Area designation, an urban form-based code.

Is that vision for urban energy at street level being realized anywhere on the corridor? On some blocks, projects under construction, upcoming, and proposed may very well be tipping the character of North Temple’s street front towards the walkability policymakers aimed for.

Here we look at two new proposals close to Downtown that have just applied to the city for design review approval, plus the Redevelopment Agency’s affordable housing “catalytic project” farther west – SPARK! – that is also in final design review and close to applying for permits.

•Location: adjacent to Madsen Park, which the city has closed this winter to discourage camping

•LIHTC 9% and 4% tax credit project, all units are subsidized