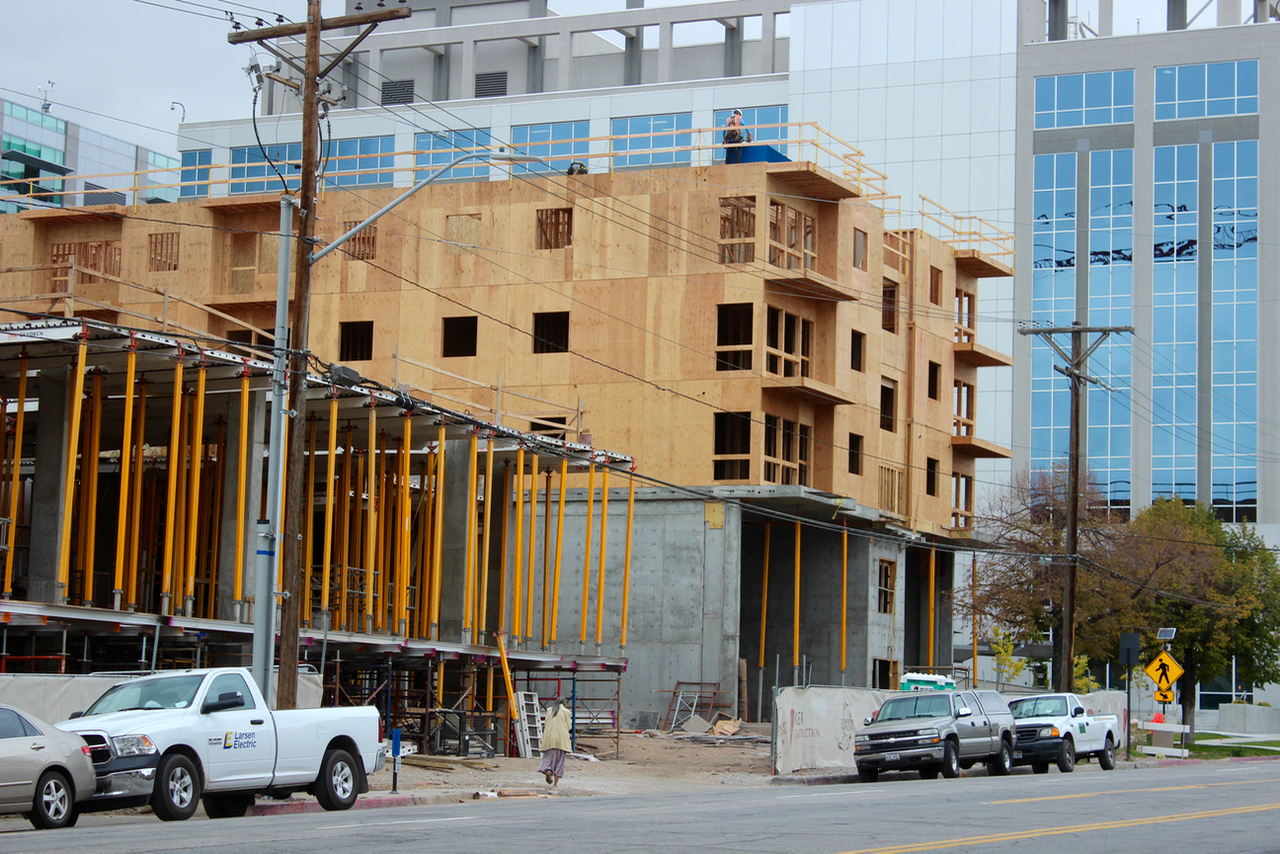 More residential development is coming to downtown Salt Lake.  Framing is well underway on two apartment projects that combined will add over 320 units to the downtown residential market.

Cowboy Partners is the developer of the Liberty Crest Apartments on the 100 South block of 200 East.   A portion of the project is already framed up to the fifth floor.  The sevens-story development will include 177 market-rate units.

Across from Pioneer Park, on the 300 South block of 400 West, is the under-construction 360 Apartments.  The front side of the project is framed up to the third floor.  Garbett Homes is the developer of  the six-story project that will include 151 residential units, like Liberty Crest, all the units will be market rate.  Pictures of 360 Apartments begin on page three.