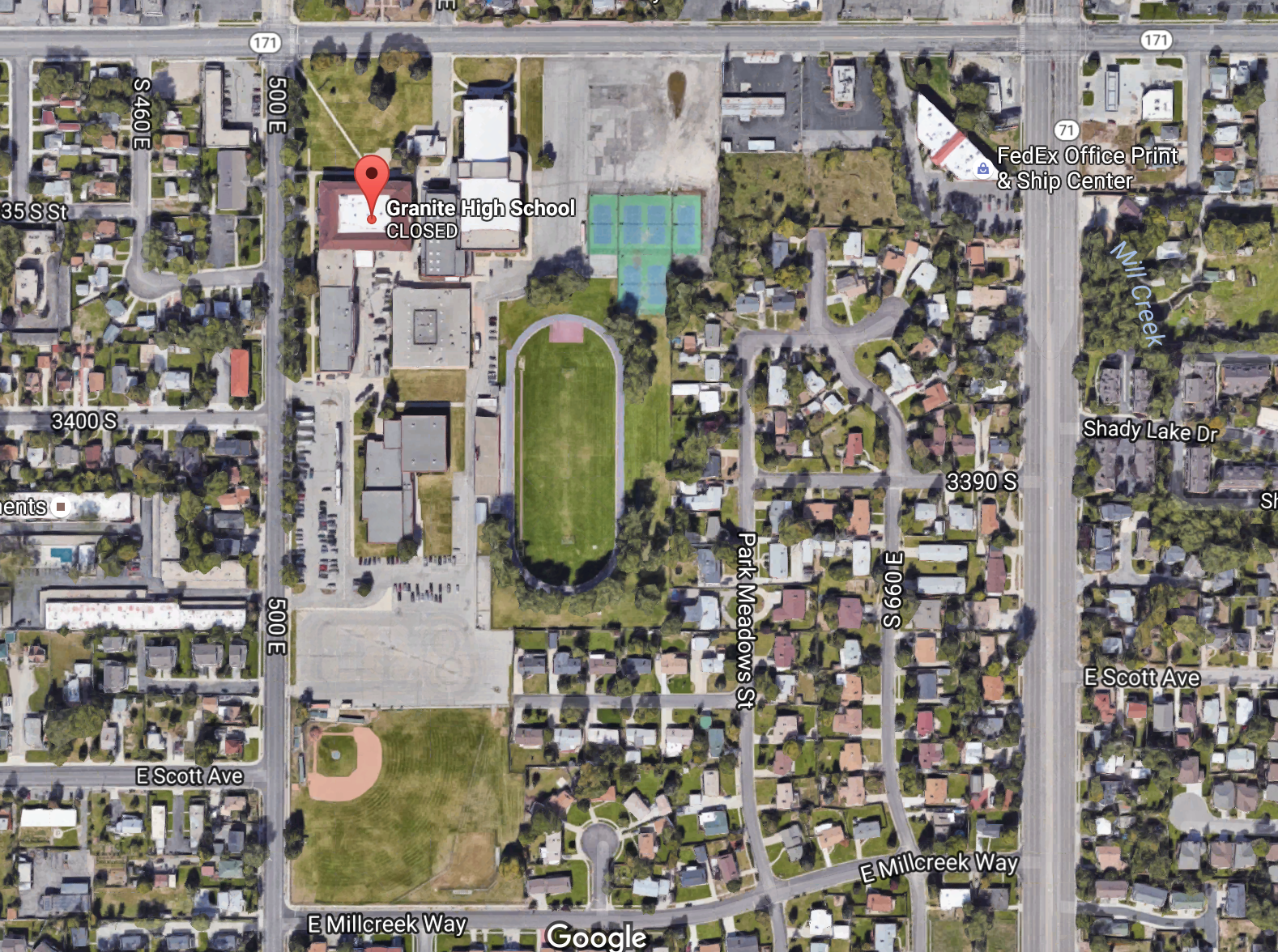 After multiple setbacks, a plan to redevelop the 27-acre campus of the now-defunct Granite High School in South Salt Lake has been revived.  Garbett Homes recently announced updated plans to redevelop the back end of the property, where the school’s pool building is located, with 84 lots for single-family homes.

Earlier this year, South Salt Lake Mayor, Cherie Wood, vetoed a council-approved plan to redevelop the Granite High School property on the 500 East block of 3300 South.  At the time, local media outlets classified the deal as “dead,” stating that the $10.6 million contract between the developers and Granite School District was not going to be renewed.

The revised project, referred to as Granite Legacy, is in the early stages of the application process with the city and will require a rezoning approval from the city council. Resident interest in the project has been high.  Several dozen South Salt Lake residents crowded into the Columbus Center Thursday, October 13 for an open house where they were able to discuss the project with representatives from Garbett Homes.

If the city approves Garbett’s proposal, all school buildings will be demolished.  A small portion of the property has been set aside for use as open space.  The front end of the property is being marketed for commercial development, where Wasatch Group is likely to ask for a zoning change so a big-box store can be constructed.

A previous plan included a Wal-Mart Neighborhood Market and 78 single-family homes.   The plan fell apart after strong pushback from residents over bringing Wal-Mart to the neighborhood.  Wood called that a “deal breaker” prior to vetoing the plan.

Garbett Homes plans to move forward with phase I of the development that will include the homes and the open space.  Garbett specializes in energy efficient homes and will continue that theme with the Granite High project.  The proposed commercial space, occupying where the high school building sits, will be included in a later phase with no plan or design currently finalized.

In the meantime, the Granite High Alumni Association and Utah Arts Alliance are advocating to save the buildings, restore them and convert the campus into a community center. Ideas for the proposed community center include opening the buildings to the public for community events and classes and setting aside space for art studios.  The Alumni Association has launched a petition on Change.org to have the buildings declared a historical landmark.  The petition has garnered almost 1,300 signatures as of Monday, October 17.

The Granite High School first opened in 1907 but changed from a traditional high school to an “academy” in 2006.  The school closed three years later.

If approved, Granite Legacy would be Garbett’s second residential development in the neighborhood.  The developers built TerraSol, a 60-unit residential community two blocks west of the Granite High property at 300 E. Penny Ave (3550 South).  As with most Garbett developments, TerraSol homes are energy efficient relying on both geothermal and solar energy.