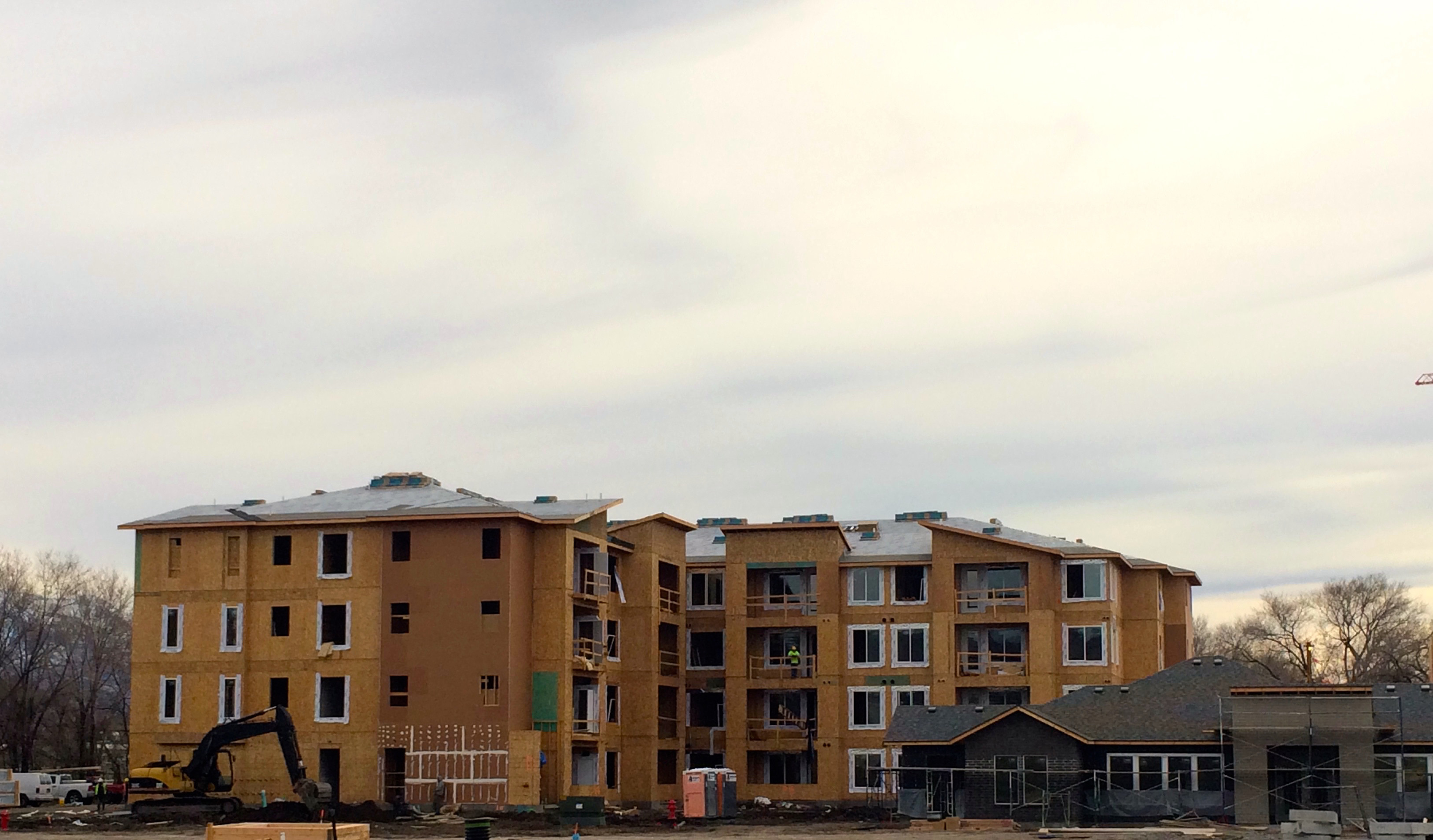 The dearth of affordable housing in the city led to a new city wide initiative meant in slowing the widening housing gap. The Enclave Apartment Homes, a 251 residential unit apartment complex at 1400 South just off 300 West, moves the city closer to meeting the demand for income-restricted housing.

Framing is underway on the four-building project directly south of the Lowe’s Home Improvement store at the intersection of 1300 South and 300 West.   One hundred percent of the 251 units will be designated for families that make 60 percent of the area median income ($28,860 for an individual $41,220 for a family of four).

The Enclave Apartment Homes will consist of two four-story buildings and two three-story buildings.  There will be one, two and three-bedroom units available.