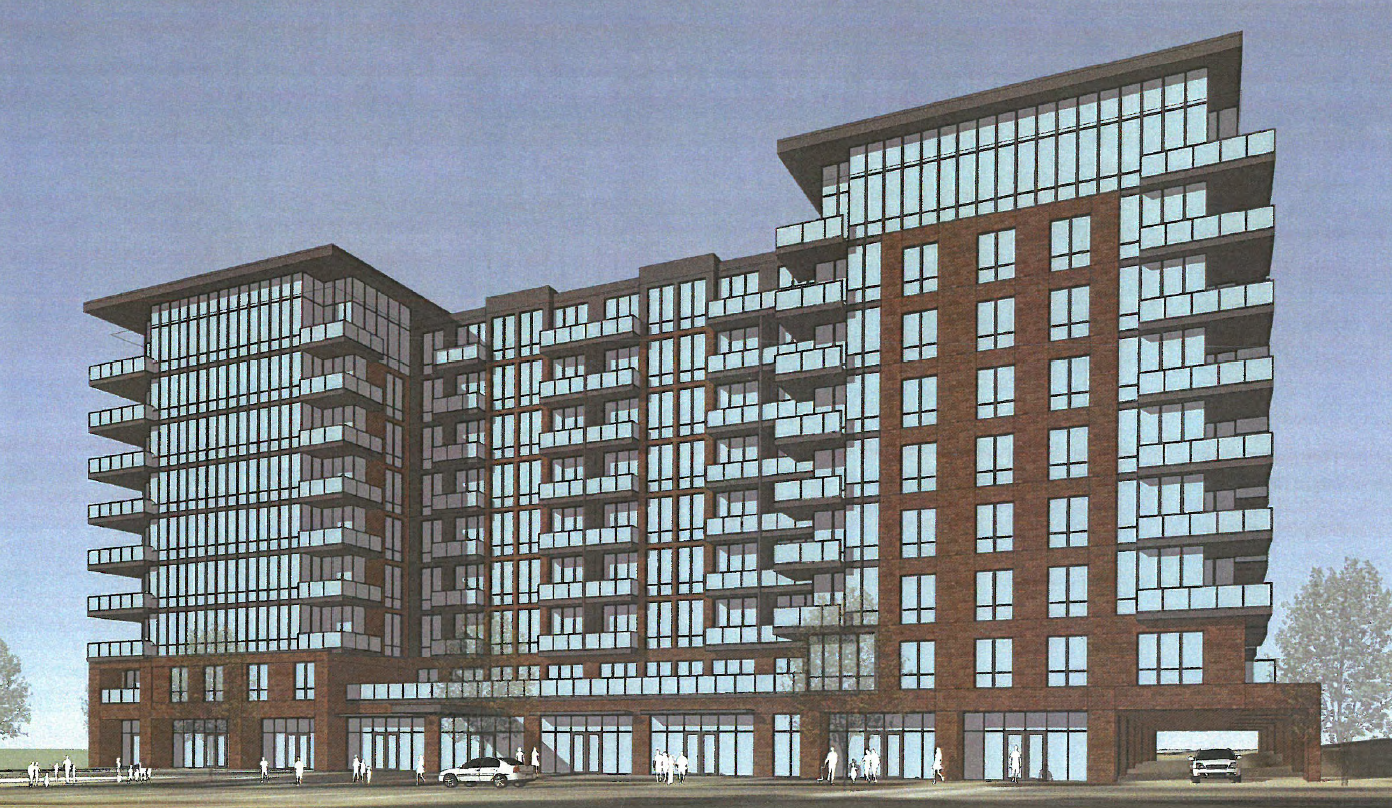 The 200 South block of 200 East is in the middle of a significant transformation.  The block is beginning attracting developers interested in its proximity to popular bars, restaurants and downtown amenities.  There are currently three residential developments either actively underway or in the planning stages.  The most recent of those is the Moda Luxe, a proposed mixed-use development by JF Capital.

The Moda Luxe will be nine stories with 220 units.  The project will consist of a three-story parking podium, two of which will be subterranean, below eight floors of residential.  The majority of the units will be a mix of studio, one and two bedroom apartments with four, three-bedroom penthouse units on the ninth floor.

The project will occupy most of the mid-block parcels on the west side of 200 East, replacing some surface parking and five, one and two-story buildings on 0.97 acres.

The parking structure will have 265 stalls and its entryway will occupy the north end of the building.  The building’s exterior will have a mix of brick and metal paneling.

The Moda Luxe is in the D-1 (Central Business District) zoning district which allows for mid-block building heights up to 100 feet.  The developers plan the Moda Luxe to top out at 108 feet and are going through the Conditional Building and Site Design Review (CBSDR) for Planning Commission approval of the eight-foot height variance.

The Moda Luxe will be directly west of the under-construction Morton mixed-use development and directly south of the proposed site of The Birdie residential development.  The Morton, by Seattle-based developers, Timberlane Partners has topped out at eight stories and will include 137 residential units and 1,400 square feet of ground-floor retail space.

Like JF Capital, the developers of The Birdie, CW Urban, are going through the CBSDR process for a height exception.  But unlike JF Capital, CW Urban is requesting a minimum height variance to build up to 87 feet instead of the 100 feet minimum height required for corner parcels in the D-1 zone.  CW Urban plans The Birdie be six-floors with 70 units.  The developers of The Birdie argue that the height reduction is necessary because of the project’s small lot size.  In August the Salt Lake City Planning Commission voted to table CW Urban’s CBSDR request until a future date.