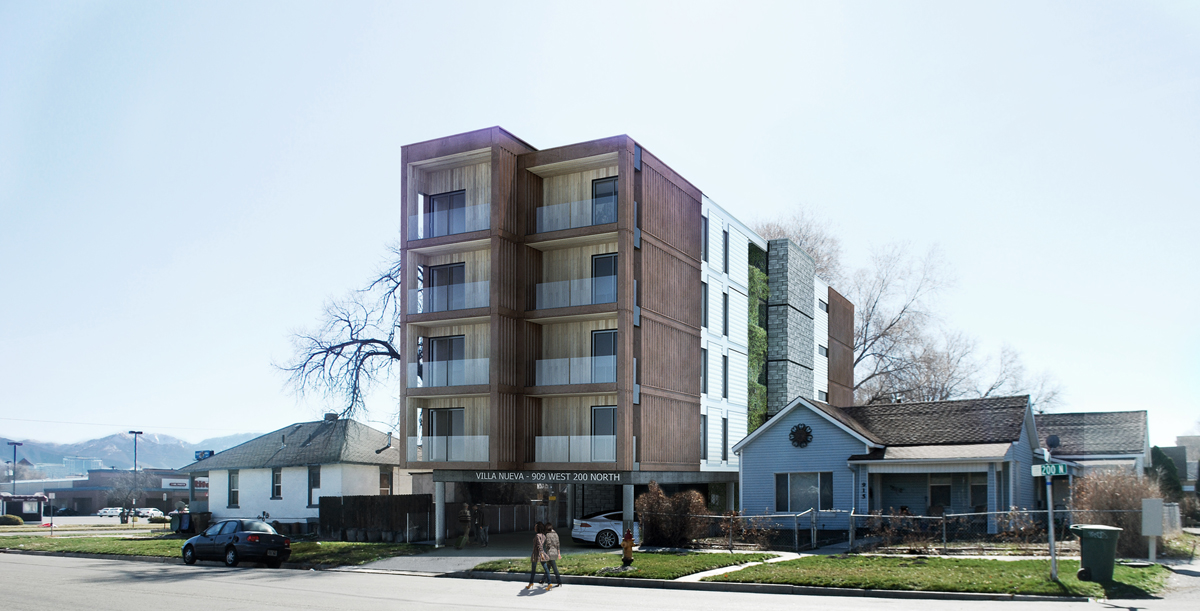 Salt Lake City’s North Temple corridor remains a hot-spot among developers looking to bring transit-oriented developments to the west side.

The latest example is the Villa Nueva, which would bring a five-story, 35 micro-apartment development to 909 West 200 North in Fairpark, within a quarter-mile of the Jackson/Euclid TRAX station and half-mile of the North Temple FrontRunner station.

This is the second time the developer has sought to move forward with the project. If built this time around, Villa Nueva would continue the slow- but steady development of the city’s west side along the North Temple TRAX corridor. It would also mark continued interest among developers in building micro-apartments in Salt Lake City.

“These 420-square-foot units are designed for maximum efficiency. The kitchens feature a 2-burner stove, full wall oven, European counter-depth refrigerator, full pantry and additional cabinet space,” the developer, Micro Villas, wrote of the project. “Views to the community skybridge can be open for interaction, or blocked by window shades.”

The original renderings of Villa Nueva was designed by the Quebec-based Cargo Architecture and would have been 12 units, each stressing the efficiency required in small-space apartment living.

The updated project, with 35 units, would include nine parking stalls at grade. The developer is leaning into the transit-oriented status, located just a block northwest of the Jackson/Euclid TRAX Station and within a block of the Rancho Market.

The project itself would bring 12 new units to the area quickly, as the developer says modular construction would allow the project to be finished within a single season after approval. But Micro Villas owns the house next door and appears ready to demolish it in time.

The developer wrote in planning documents the project is permitted based on the approval process within the Transit Station Area (TSA) zone. It is awaiting review and approval from Planning Division staff.