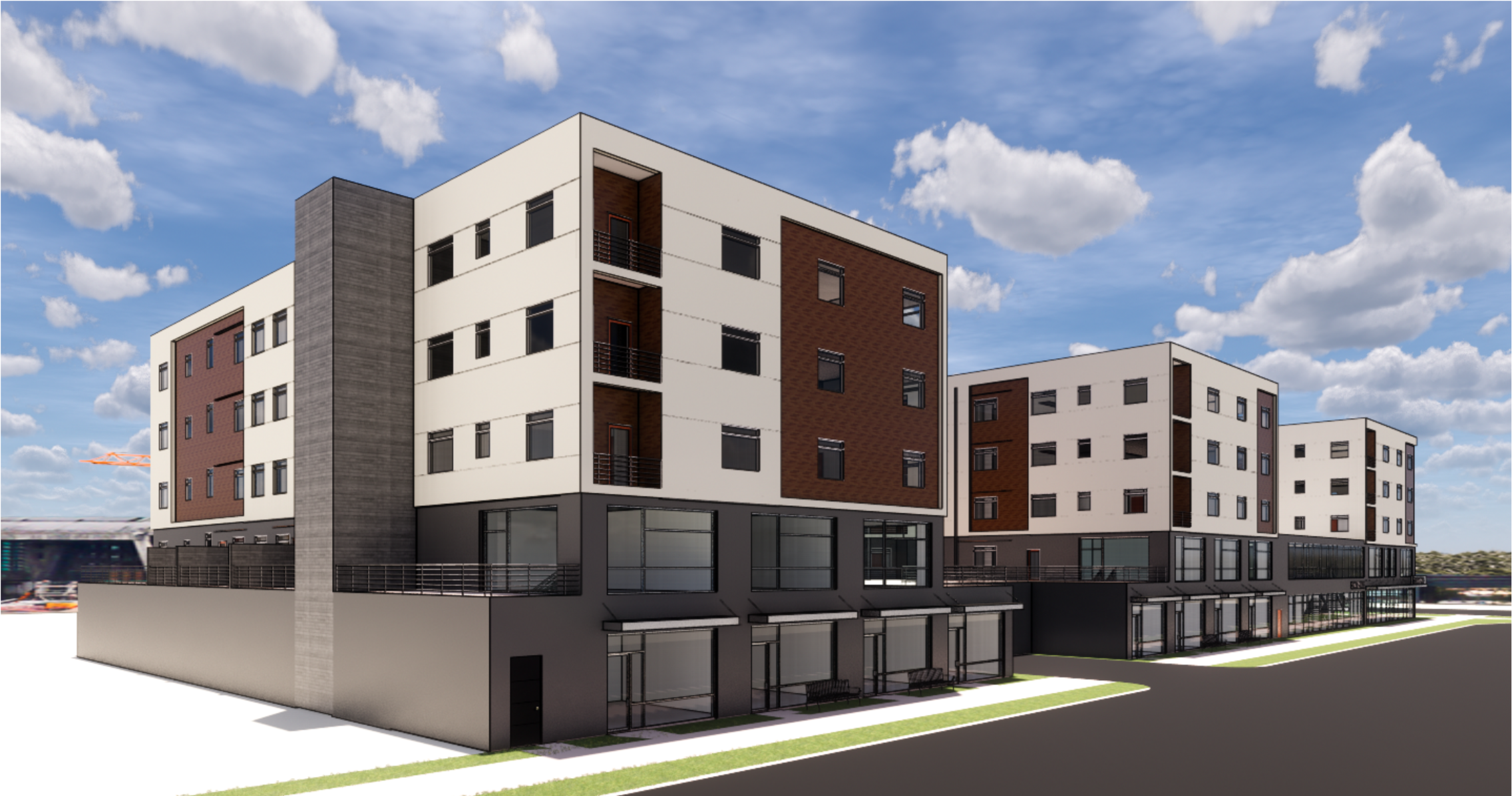 Plans for a massive new Poplar Grove development that would bring a 350-foot long residential building to 900 West and 200 South have been unveiled as they await a design review at City Hall.

That would be a significantly longer facade than what’s envisioned by Salt Lake City’s plans for transit-oriented districts. The city calls for buildings in TSA zones to be no more than 200 feet wide.

The Crossing at 9th – fronting 900 West but listed at 880 W. 200 S. – would be a 204-unit development with ground floor space that won’t be commercial upon completion but could be converted in the future.

“Urban neighborhoods consist of multilevel buildings that are generally lower scale than what is found in the urban center station area,” the city says of the zone. “The desired mix of uses would include ground floor commercial or office uses with the intent of creating a lively, active, and safe streetscape.”

The building facade would be 350 feet long. It would have ground-floor lobby space and shared amenities on two courtyard podium decks.

As is happening with other large developments in other neighborhoods (like the 400 South corridor), the ground floor of the building wouldn’t include commercial space right away. It would be designed with 14-foot ceilings on the ground floor, which could be converted to retail in the future.

Here are the housing and parking breakdowns:

While transit-oriented zoning requires at least 99 parking spaces for the proposed development, J Development plans to create 231 parking spaces, 115 on the ground level and 116 underground.

That’s been a recurring theme among developers in town who exceed parking minimums because there is no maximum.

Parking would be accessed by 900 West or 200 South, and parking would otherwise not be visible from the street.

Read the plan for yourself here.