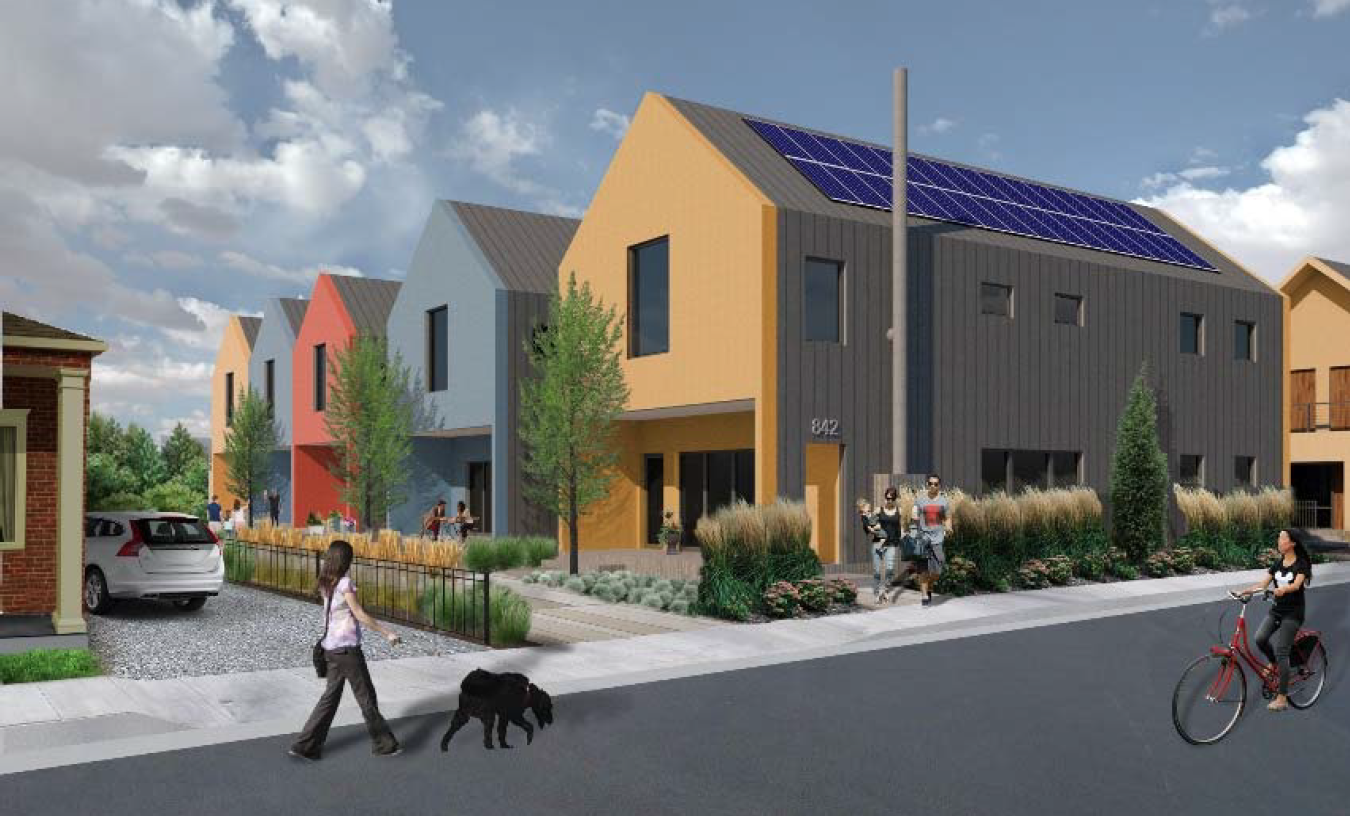 The developers intend to keep the homes relatively affordable with homes starting at $260,000.

“We are in an area where price point is very important,” said Robinson.

The Salt Lake City Council approved a zoning amendment last year allowing the parcels slated for development to be rezoned from Single Family Residential 1-5000 (R-1-500) to Special Development Pattern Residential (SR-3) which will allow for the smaller lot sizes.  The planned development approval will allow the homes to front a private street.

The first phase of Hoyt Place will include flexible floor plans that will allow for Accessory Dwelling Units (ADU) that would replace garages in the four of the single family detached homes.  According to Robinson, the improved Hoyt Place street will be wide enough to allow for on-street parking to accommodate the loss of off-street parking from the ADUs.

Because the street is not a through street, Robinson suggested that the added parking wouldn’t impact the neighborhood.  In addition, the new homes will be less than two blocks from the Jackson/Euclid TRAX Station on North Temple.  Robinson told the commission that his team will plan for a “worst-case scenario” by ensuring an abundance of parking, but that he anticipates that some of the ADU tenants won’t own cars and instead utilize the adjacent transit options.

The developers plan to build out Hoyt Place in three phases, eventually building up to 30 homes on 1.9 acres.  The parcels currently include vacant land and two abandoned homes that will be demolished to make way for construction.  Robinson told the commission that the improvements to the street will be done to accommodate the eventual 30 homes.

“With strategic lighting, with the way these homes are designed, we think it brings a really nice element of community and walkability to this area,” said Robinson.