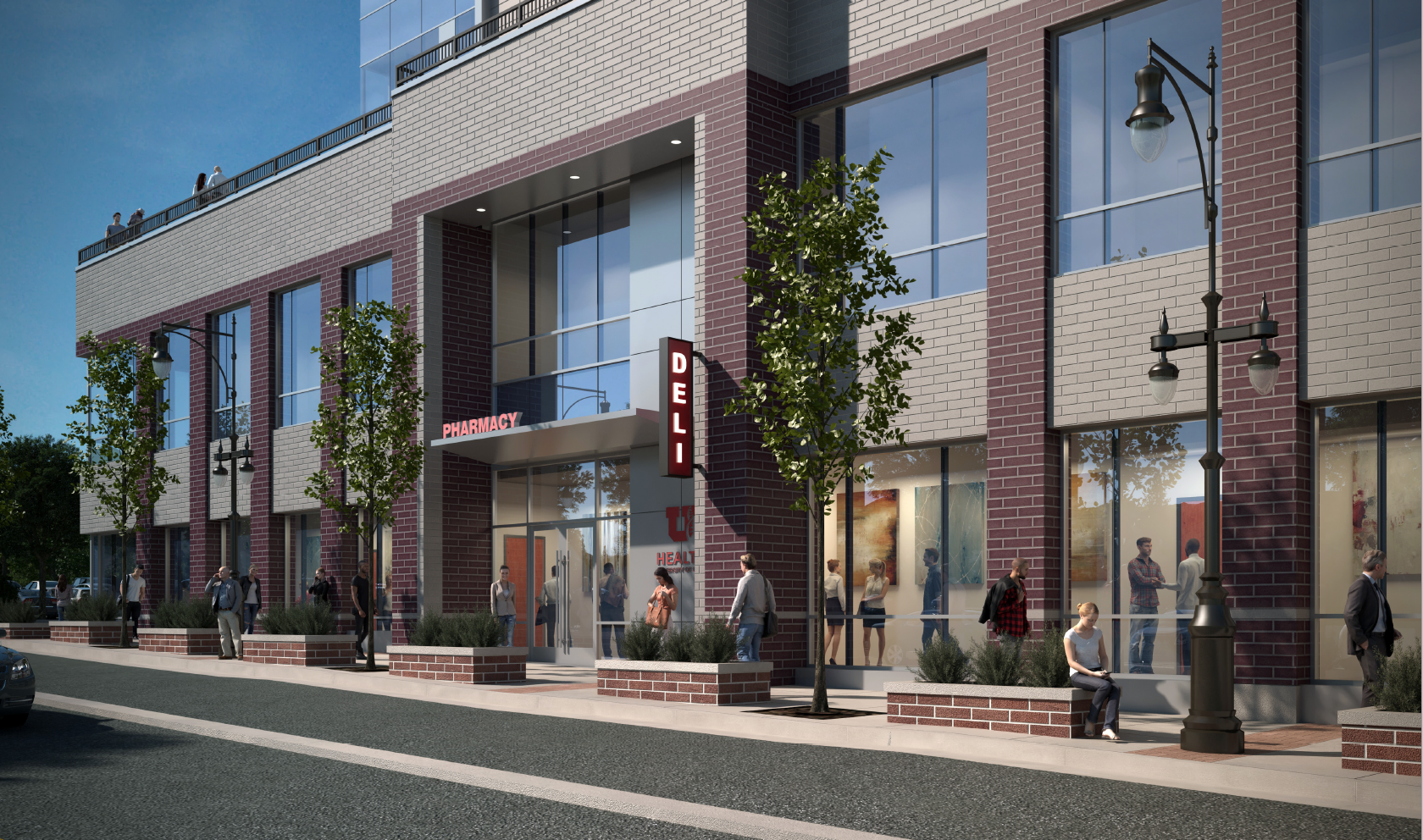 Five months after the Salt Lake City Planning Commission approved their Planned Development and Conditional Building and Site Design Review, the developers of the Park Avenue development returned to commission on Wednesday for a final review of several conditions the commission set in its initial approval.

The commission unanimously approved wayfinding sings, plans for a proposed gallery space and a revised ground floor plan for the proposed University of Utah medical clinic.  The project replaces a large surface parking lot and former Shopko department store on the 2200 south block between 1300 East and Highland Drive.

Despite still needing final approvals, construction is already underway on the project’s parking podium.  The 9-acre Park Avenue development will consist of three buildings.  The first phase already underway will consist of the five-story medical clinic, six-story office building and the parking podium.  The parking structure will include a 500 square-foot art gallery that will front a rebuilt Stringham Avenue.

The project’s second phase will consist of a proposed seven-story, mixed-used residential building.  The mixed-use building will occupy the southwestern edge of the property and will include 150 residential units above ground floor retail that will also front Stringham Avenue.

Because of the size and complexity of the project and the expected hundreds of workers and patients the project will bring to the area daily, the commission wanted to see improved wayfinding signage that will help pedestrians navigate the complex and nearby area.

The developers plan to include new signage throughout the development that will not only guide pedestrians through the property but will include a map of Sugar House and directions to other nearby features like the Monument Plaza and S-Line streetcar.

According to David Dixon, of Dixon Architects, his team designed the project’s proposed signage with an art deco theme to reflect the historical architecture of Sugar House.  “We wanted to do something that was tied into the development a bit better,” he said.

The ground floor enhancements to the medical clinic include a more prominent entrance on Stringham Avenue, signage for interior retail space and increased transparency on the ground floor with large windows that will open to hallway space that, according to Dixon, could be an extension of the art gallery space.

The developers are also working out an agreement with the Utah Museum of Contemporary Art to be the operator for the proposed art gallery space on Stringham.

“The interest in that space is great, everybody in the (art) community wants to be apart of it,” said developer Mark Isaac.

Isaac noted that the property owners may lease out the gallery space for events, but will make the display space available for free to whoever operates the art gallery.  Isaac told the commission that UMOCA was also interested in doing additionally programming in the space including an artist in residence and art workshops.

“I appreciate the effort you have put into meeting our concerns,” said Weston Clark, the planning commission chair.