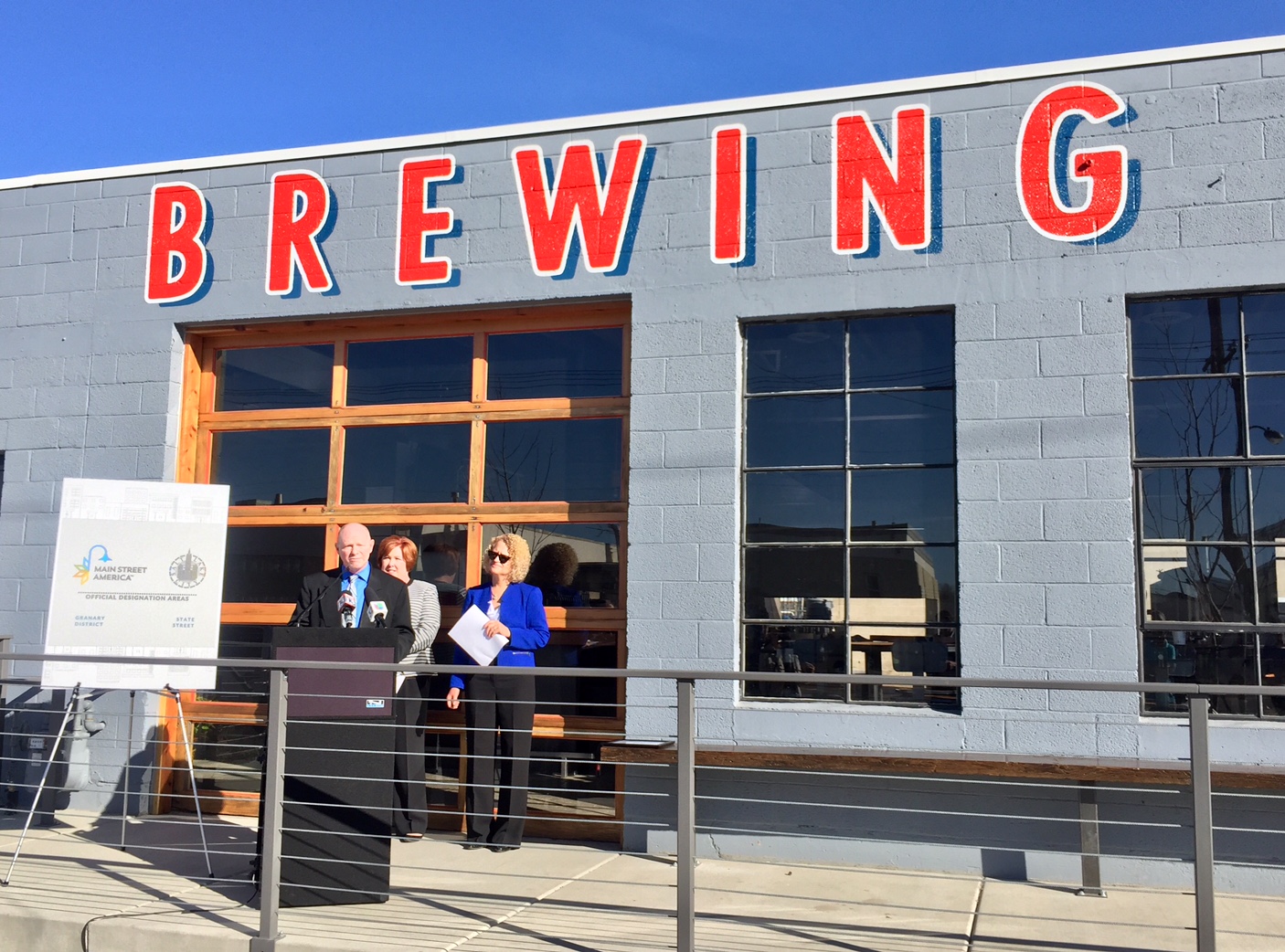 The artists were chosen through the city’s Call for Artists process.  In April, the city announced the mural grant program and called for artists to create large-scale artwork on the exterior of privately owned buildings in the RDA’s Granary District Project Area, which is roughly between Interstate 15 and 300 West, and 600 South and 1000 South.

“I’m pleased so many local artists have been chosen for the Granary District Mural Grant Program,” said Salt Lake City Mayor and RDA Executive Director Jackie Biskupski in a statement. “The City looks forward to seeing the ways their works will contribute to the beautification, diversification and economic vitality of this historical manufacturing area.”

According to RDA officials, the eleven murals funded by the program will be completed by mid-September, with a public celebration and tour event scheduled for Saturday, September 29 at Atmosphere Studios, 336 West 700 South.

The following artists and artist teams were granted a total of $147,060 of RDA funds, and will be adding more than 6,200 square feet of mural art to the Granary District, making it the most mural-dense area of Salt Lake City:

The September 29 event will begin at 5 p.m. with brief comments from Mayor Biskupski and City Council Member Derek Kitchen, who represents the Granary area and also chairs the RDA Board of Directors and a representative of the community business organization Granary District Alliance.  After remarks from local officials, attendees will participate in walking and biking tours of the murals throughout the neighborhood, where artists will be on-hand to discuss the inspiration and artistic process for their works. Additionally, the RDA is partnering with the City’s Business Development Division to highlight neighborhood businesses.

“The Mural Program is a direct response to the growing arts and cultural community in this RDA project area,” said Kitchen. “When local artists and businesses approached me about this idea, I knew the RDA was the perfect partner. By funding these murals, the RDA is simultaneously fostering engagement with the community while achieving one of its overarching redevelopment goals, which is to promote the unique character and identity of the Granary District neighborhood. These murals are going to spark additional creativity.  Private investment follows art, so this is an important day for SLC.”

Some of that private investment has already arrived in the form of craft breweries.  The neighborhood is already home to Fisher Brewing Company, a revival of Salt Lake City’s oldest and longest-running brewery and Kiitos Brewing and will soon welcome a third brewery, TF Brewery.  Including TF Brewery, there are five breweries in the area in what Salt Lake City Weekly has dubbed the city’s Beer Mile.