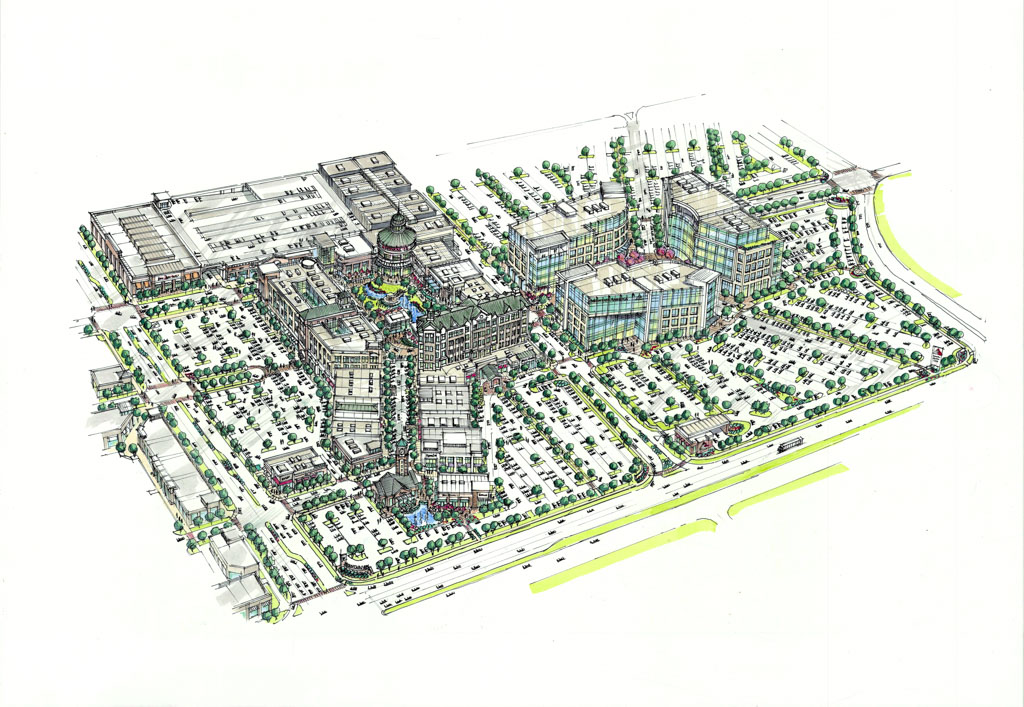 The developers of Station Park in Farmington have officially started their endeavor in Utah.  On Wednesday, March 15, California developers, CenterCal Properties, broke ground on the Mountain View Village, a large 85-acre mixed-use development at 13400 South and 4500 West in Riverton, about 20 miles south of Salt Lake City.

As with the Station Park project, the developers will build out the Mountain View Village in phases with the first phase consisting of the anchor retail and community areas.  When built out the project will include restaurants, an office complex, a gym and a hotel with a full luxury theater.

“Our intent, in all of our developments, is to create places that help unify the unique communities in which we build,” said Fred Bruning, chief executive officer for CenterCal, in a statement. “We’ve seen it happen at our other locations, and we are so excited to become a part of this growing and vibrant community.”

According to the developers, the key feature of the development will be a plaza area that will feature open-air concerts and a centerpiece fountain with a bronze cast eagle sculpture by artist Brian Keith.

“As Riverton continues to grow, we knew we needed a central place for people to congregate,” said Riverton Mayor Bill Applegarth in a statement. “Mountain View Village will have so much to offer to our community, in retail, entertainment, restaurants, and a place to just visit with family and neighbors.”

Updated renderings for the Mountain View Village, located just east of the Mountain View Corridor, reveal a very car-centric shopping and commercial center surrounding by an abundance surface parking that wraps around the buildings.  While, CenterCal’s other local project, Station Park, is also surrounded by surface parking, Station Park is connected to the larger transit network.  Station Park is adjacent to a FrontRunner Station and two bus routes, the 455 and 667 which run between 30 and 60-minute intervals during the day.

Currently, there is very limited transit access to the Mountain View Village site.  The corridor is only served by two flex routes, F534 and F547.  The F547 runs a circular route every hour from the Daybreak TRAX station and the F534 runs a commuter schedule with two morning and evening trips to the South Jordan FrontRunner Station.

According to the developers, the project will roll out in three phases.  The next phase will include additional specialty retail and the third phase will focus on the office complex. The first phase will open in the summer of 2018.

The Mountain View project is part of 550-acre plan area that the city of Riverton hopes to develop into its urban center.  The property was previously farmland owned by a private real-estate arm of the LDS Church.  City officials expect the area along 13400 South between Bangerter Highway and the Mountain View Corridor to eventually include up to 3,800 residential units with a residential density of seven units per one acre.