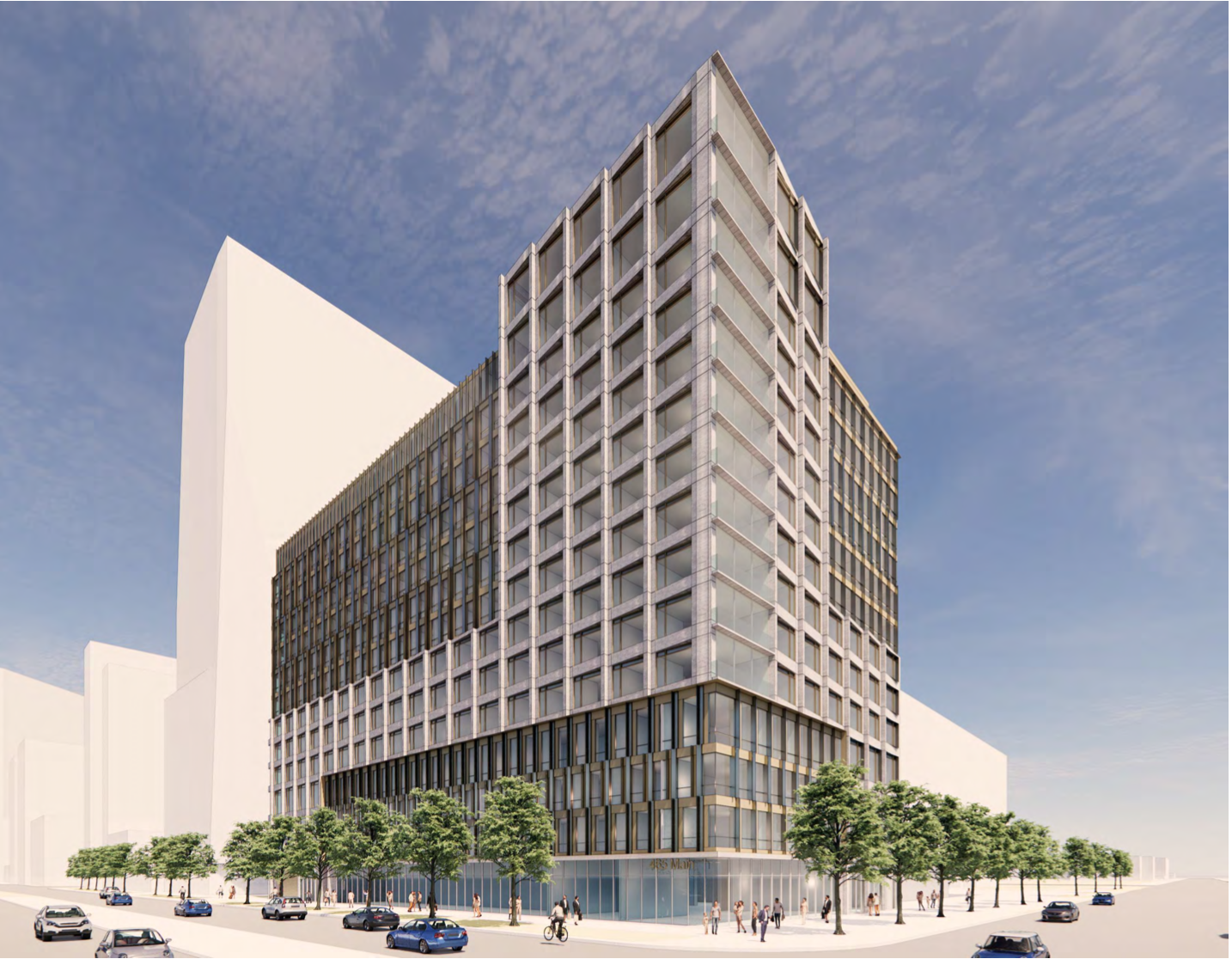 Ten months after submitting their original plans for a high-rise residential building near Downtown Salt Lake City, developers are asking for approval for a slightly revised design.

The biggest change in the latest proposal involves adding a new curb cut onto Main Street, the west entrance to the new structure proposed for 465 S. Main St., vacant land that has been owned by Salt Lake County but which will be owned and built by a private developer.

The new apartments will be primarily studios, one- and two-bedroom apartments plus a single three-bedroom space on the 15th and final floor of the building.

Rather than the 242 units originally planned, the building would include 217 new apartment homes. It would be 179 feet tall for almost its entire length, up slightly from 177 feet when initially proposed last June. Buildings taller than 100 feet are allowed if approved through design review.

The proposed building length is 235 feet. City code would allow the first 165 feet of street frontage running north from the corner of 500 South to be up to 375 feet tall. The mid-block portion of the next 70 feet could be no more than 100 feet tall, unless approved through design review.

The original plan put a garage entrance next to an existing curb cut for parking for the Salt Lake County District Attorney’s office — nearly doubling the width of the curb cut from Main Street.

The latest rendition still includes a new curb cut. But rather than one wide expanse for pedestrians to mix with cars entering and exiting two parking areas, the building would split those areas in two.

It still leaves the prospect of multiple car entry points directly across from an existing transit line, but it splits up and narrows the distances for those areas of potential conflict.

The latest renderings appear to make it clear that the intent is to activate the mid-block portion of the building, recognizing that the corner fronting a high-speed, six-lane, one-way road may not be an attractive place for a diner.