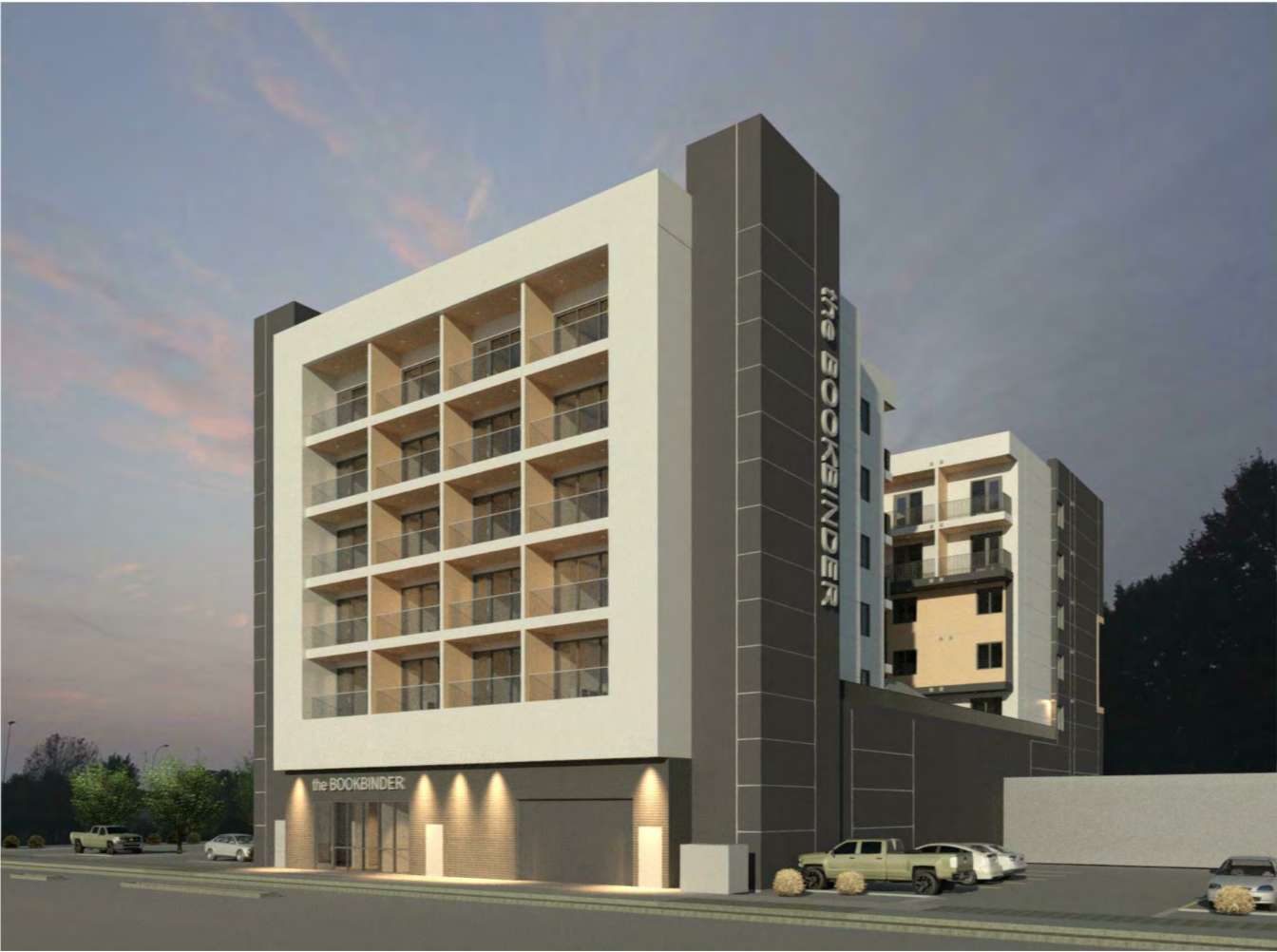 Salt Lake City could get another all-studio rental apartment building, this time on 200 West near the outgoing state liquor store.

The Bookbinder on 2nd West (at 422 South) would add 115 more units in a 76,000-square-foot, seven-story building. If built, it would continue the ongoing rush of residential construction Downtown.

The 0.35-acre site is zoned Downtown Support District, which seeks to promote “an area that fosters the development of a sustainable urban neighborhood that accommodates commercial, office, residential and other uses.”

The uniquely designed building would rely on balconies to supplement the small units within it. Housing ranges from 346 square feet to 468 square feet. Ninety-seven of the units would include balconies, which add up to 90 square feet of living space. Eighteen wouldn’t.

The project would include 59 parking stalls on-site, 54 in a garage, two on-street, three off-site. It would add three stalls for bike parking.

The developer is listed as OZ9 Opportunity Fund, LLC, out of Lindon.

The project, which is in for design review, was the second mid-rise infill project submitted this week. Real estate experts consider Salt Lake City one of the top places to invest in housing in the country, and the construction boom continues.

Want to see where developers are proposing and building new apartments in Salt Lake, or just want to support a local source of news on what’s happening in your neighborhood? Learn more about becoming a member.