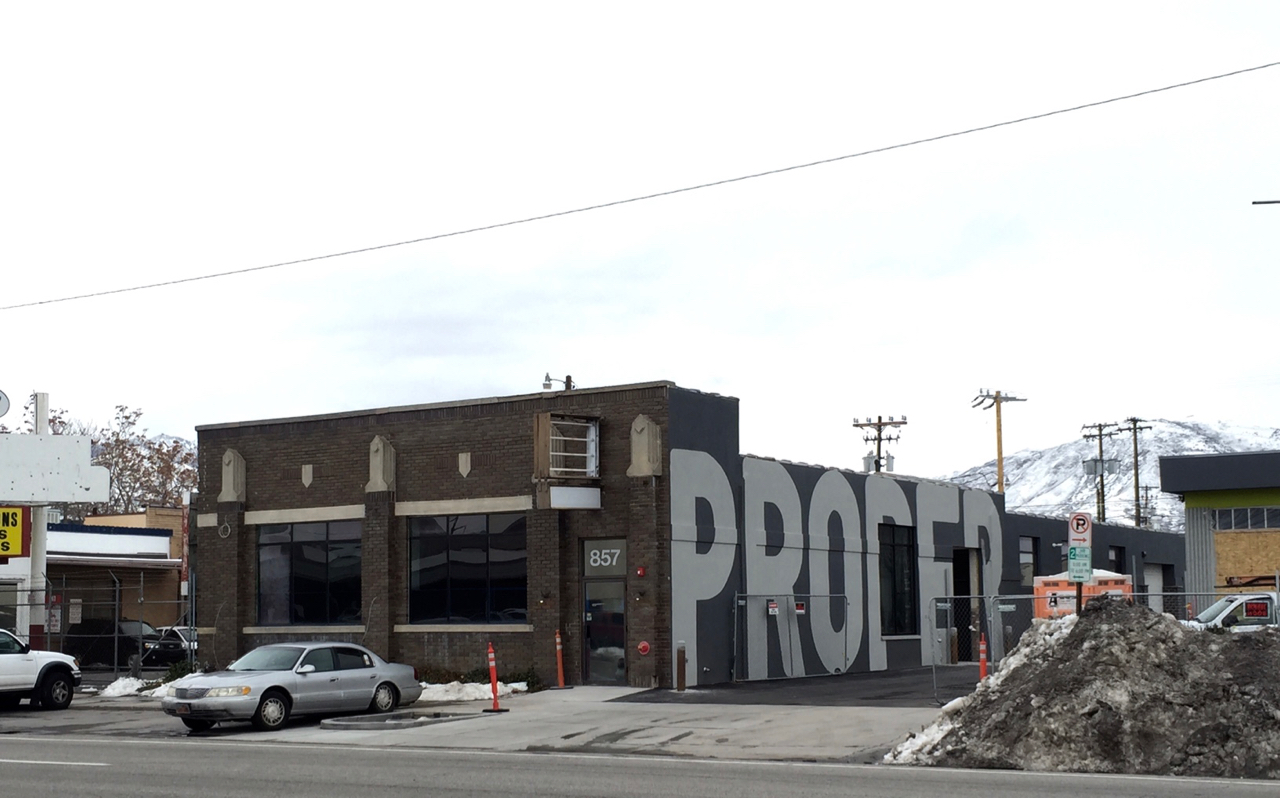 The immediate area around the 800 South block of Main Street  is dominated by surface lots, car dealerships and a 68 year-old Sears Department Store.  The area borders the growing Central Ninth neighborhood to the west and the increasingly vibrant, downtown Salt Lake to the north, yet it remains one of Salt Lake’s deadest spaces.

But to Andrew Tendick of Proper Brewing Company, the area is an ideal location for his next venture, a new microbrewery and tavern at 857 South Main Street.  Construction of the brewery is mostly complete and since the Utah Department of Alcoholic Beverage Control granted manufacturing license for the brewery earlier in the week, Proper Brewing Company can begin beer production.

According to Tendick, the purpose of the project is to “pair good food with good beer” and will include a separate area for beer manufacturing, a small retail area, and eventually a tavern/bar area with pool tables, foosball and shuffleboard.

“There are so many things that you seen in other cities, but not in Salt Lake.  We want to bring those concepts and put our stamp on it,” said Tendick.

Tendick opened the Avenues Proper Restaurant, near the intersection of 8th Avenue and E Street in the Avenues neighborhood, in 2013.  Tendick plans for a simpler menu for the Main Street location with a more casual environment than his Avenue’s restaurant.

The new space will also allow for bottling, kegging which will be available for purchase on site.  The bottling of the beer will also allow Proper to brew stronger beer.  Utah law limits beer on draft to a maximum alcohol content of four percent, but bottle beers can exceed that limit.

Beer operations will be managed by Head Brewer, Rio Conally, one of the first employees at Epic Brewery.

Construction of the brewery is mostly finished.  The city approved a conditional use application for a social club in January, but Tendick will still need to acquire hard to get liquor licenses from the state before officially opening.

The development is one of a series of projects planned in and around the Central Ninth neighborhood.  Two blocks away is the under-construction, Central Ninth Market on 900 South and Jefferson Street.  The market will include a bar, two restaurants, a local grocer, offices and hair salon.

“That area is really up and coming,” said Tendick.  “It felt like a good fit.”