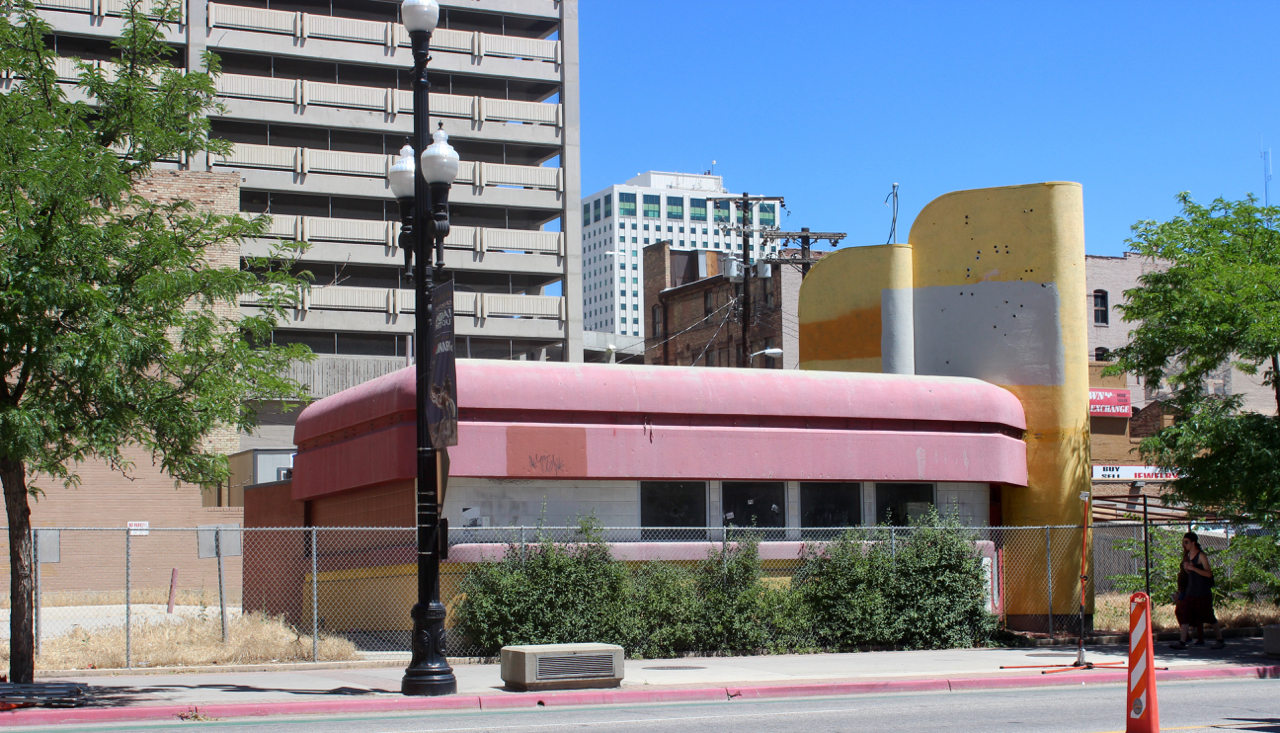 One of downtown Salt Lake’s quintessential examples of urban blight is poised to be developed.  The Salt Lake City Council acting as the Board of Directors for the Redevelopment Agency approved in a Tuesday RDA meeting an Option to Purchase Agreement for three RDA owned parcels on the 100 South Block of Regent Street.  The RDA Board voted unanimously for the resolution which would allow a developer, Form Development, to purchase the parcels for a mixed-use project.

The mixed-use development is planned for the northeast corner of the Regent Street and 200 South intersection.   According to City documents, the developer has a purchase agreement to acquire the notoriously neglected, “Eat-A-Burger” site at 45 E. 200 South.  Sale of the Regent Street parcels will be contingent on the developer securing ownership of the 45 E. 200 South parcel.

Before the development can be built, the RDA owned parcels will need to be consolidated with the the Eat-a-burger site.  Developers will need approval from the Planning Commission and the RDA Board for  design review.

Renderings provided to the City show a proposed a 20-story development.  Developers proposed a 150-room boutique hotel above ground-floor retail.  The top floors will be 26 to 34 residential
condominium units.

The developers will need to go before the Planning Commission because the project would exceed the height allowed for mid-block structures, currently set at 100 feet for downtown blocks.

According to a memo prepared by RDA project coordinator, Cara Lindsley, “The requested height is critical for the success of the project because the particular hotel concepts that are interested in the project require higher quality construction and finishes that demand a certain density in order to be economically feasible.”

According to Lindsley, “The incorporation of a residential condominium on the upper floors of the project would further provide risk diversification, enhance economic viability and contribute greater activation of this property and Regent Street.”

The parking for the project would be available through leasing space in the adjacent Regent Street parking structure.

The development will be within a block of the Gallivan Center, City Creek Center, Eccles Theater and two TRAX stations.

The developer plans to finalized property agreements by fall 2015, with construction expected to start spring 2016 and last 12 months.