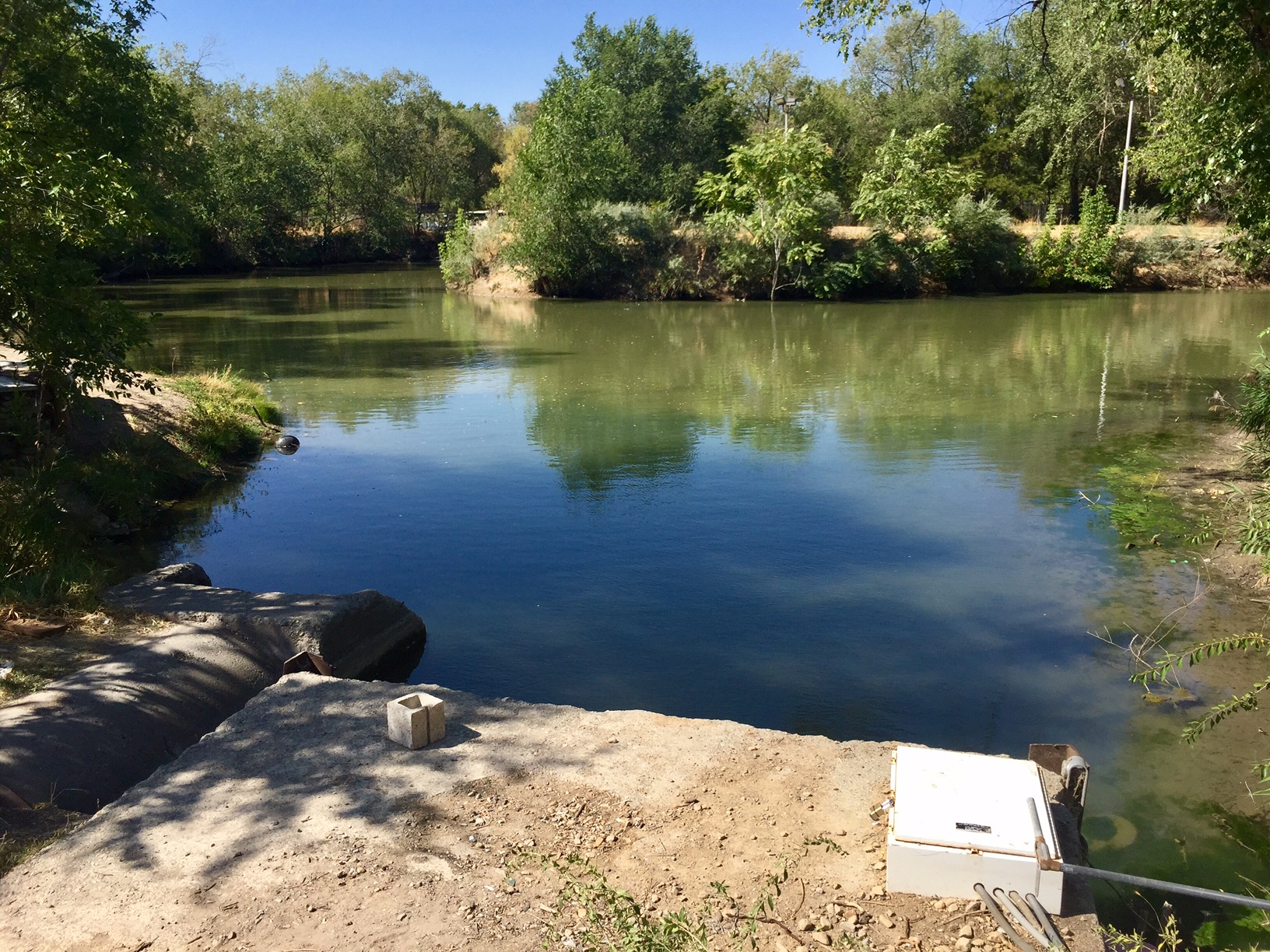 In Salt Lake City’s Glendale neighborhood the intersection of three streets, 1300 South, California Avenue and 800 West has created a vacant triangle of city-owned land.   The 0.15-acre parcel many not be large, but it sits adjacent to three westside arteries at an intersection that serves as the gateway to the neighborhood.

“In any other neighborhood, this would be a public park,” said Brian Tonetti, a founding member and the Executive Director of the Seven Canyons Trust, a nonprofit organization dedicated to daylighting (freeing buried rivers and streams) and restoring Salt Lake Valley’s seven largest creeks.

Tonetti sees the vacant parcel as an opportunity to provide more public open space and create a gateway to the neighborhood through strategic placemaking.

For Tonetti, the parcel also provides an opportunity to raise awareness about his organization’s goal to daylight the Three Creeks Confluence, a block to the west near 1300 South and 900 West.   The three creeks, Emigration, Parleys and Red Butte, flow beneath the parcel before converging with the Jordan River.

Seven Canyons Trust is collaborating with the city’s Open Space Lands Program on the Three Creeks Confluence of Jordan River Reactivation & Riparian Restoration Project.  The site is currently a dead end, but would eventually include the daylighting of the confluence at the east bank of the Jordan River near 900 West,  a kayak/canoe resting area, pedestrian trails and landscape enhancements along the Jordan River.

To build awareness of the hidden amenity, the organization is offering up to $2,000 to an area artist to design and build a temporary art installation on the vacant land triangle near 800 West.   The organization is asking artists to design an installation that represents the three creeks, provides wayfinding to the three creeks confluence and creates a gathering place that serves as the visual gateway to the neighborhood.

“It builds community awareness and support of the confluence,” said Tonetti.  “It could be both a gathering space and space for artists to showcase their work.”

Submissions are due by April 10 with finalists announced on May 1.  The selected artists will present to the Glendale community council before a final proposal is selected.  The winning project will be assembled during a June 24 community celebration where residents will help with the project’s implementation.

According to Tonetti, the Glendale community is hoping that the installation becomes a catalyst for the development of future open space in the neighborhood.