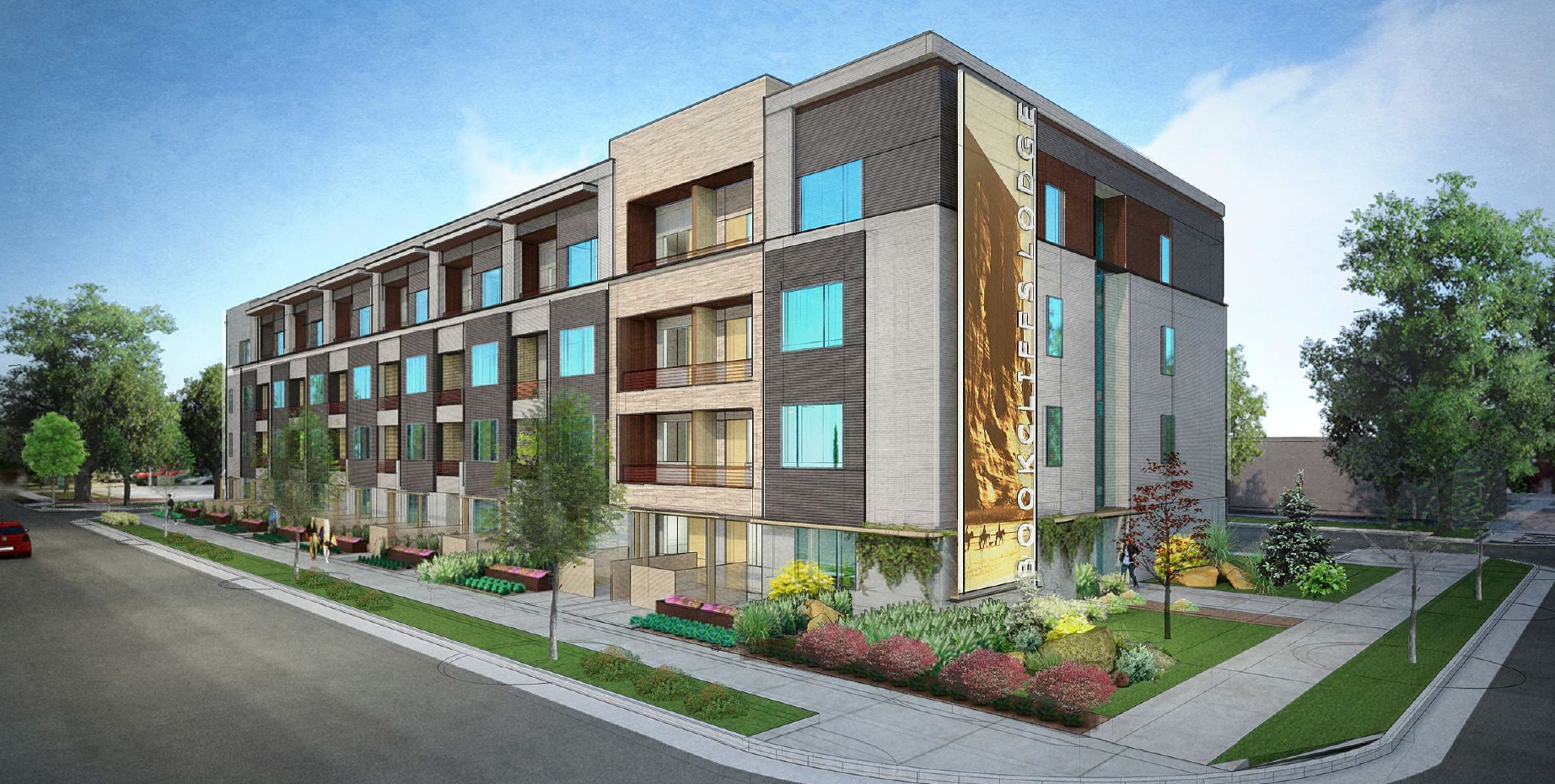 More than two years after it received approval to move ahead, the Housing Authority of Salt Lake City announced on Thursday it was breathing new life into its stalled multi-family project in the city’s Ballpark neighborhood.

The Book Cliffs Lodge, which has been planned as affordable housing for American Indians, will be built as planned near 1150 S. West Temple, Dan Nackerman, executive director of the authority, told the Ballpark residents at a monthly community council meeting.

After two failed attempts to secure public funding to keep rents down for the entire development, Nackerman said, the development will now include 55 units, half of which will be market-rate rentals and half affordable to those making 60-80% AMI.

Most of the units will be one-bedroom, “relatively small” apartments, Nackerman said, and the development will include 31 parking stalls.

Neighbors of the housing authority’s land have been upset because existing vacant buildings have attracted squatters and drug use for years.

The housing authority and Ballpark neighborhood had tried to demolish the buildings, but were stopped by the city’s ordinance that required building plans and financing to be far enough along to ensure the property wouldn’t sit vacant without activity.

At a meeting that was poised to become heated over the topic Thursday night, Nackerman told the group his agency received approval the same day to demolish the buildings.

He then said the housing authority was moving forward with securing other financing to build the project — meaning fewer units of affordable housing would be built.

Given the past pressure from neighbors and the authority’s agreement that the existing buildings should be demolished, expect those buildings to be torn down quickly. The project is expected to be completed sometime in 2021.

The project highlights the housing authority’s expanding footprint in the low-income neighborhood that’s been haunted by crime.

Ballpark made news in 2019 after there were four homicides in less than a year, all within a few blocks of each other, near the stadium. There are nuisance properties, including two motels, that are known by police to attract crime.

UTA and the city’s Redevelopment Agency also maintain parking lots that remain vacant for most of the year, preventing development and eyes on the street that deter crime.

Nackerman said on Thursday the authority attempted to purchase the Main Street Motel — a known crime magnet near 1530 S. Main — but was turned down by the owner. He also said the authority was interested in buying the Gateway Motel on North Temple, but that the authority couldn’t buy both.

Both motels are known by policymakers to create issues that plague the neighborhoods they inhabit, but the city and other entities have so far not been able to address it. With intervention by the Housing Authority, one neighborhood could see an improvement.

The Housing Authority of Salt Lake City is a semi-public agency that’s affiliated with the city but not actually an arm of city government. Its primary focus is on helping keep people in homes, including through vouchers and rent-assisted housing, though it also creates market-rate housing.

The authority has another, larger project moving forward in the Liberty Wells neighborhood. Capitol Homes, on the site of the former Capitol Motel at 1749 S. State, will become 93 mixed-income units on a site that will also be mixed-use.

About a third of those units will be market-rate rentals, with the remaining being for low- and very low-income renters.

After light renovation, the Capitol Motel has been used for the past year as a low-income single-room occupancy housing project. Capitol Homes will stop renting to existing tenants on Feb. 1, Nackerman said, and demolition will follow soon after.