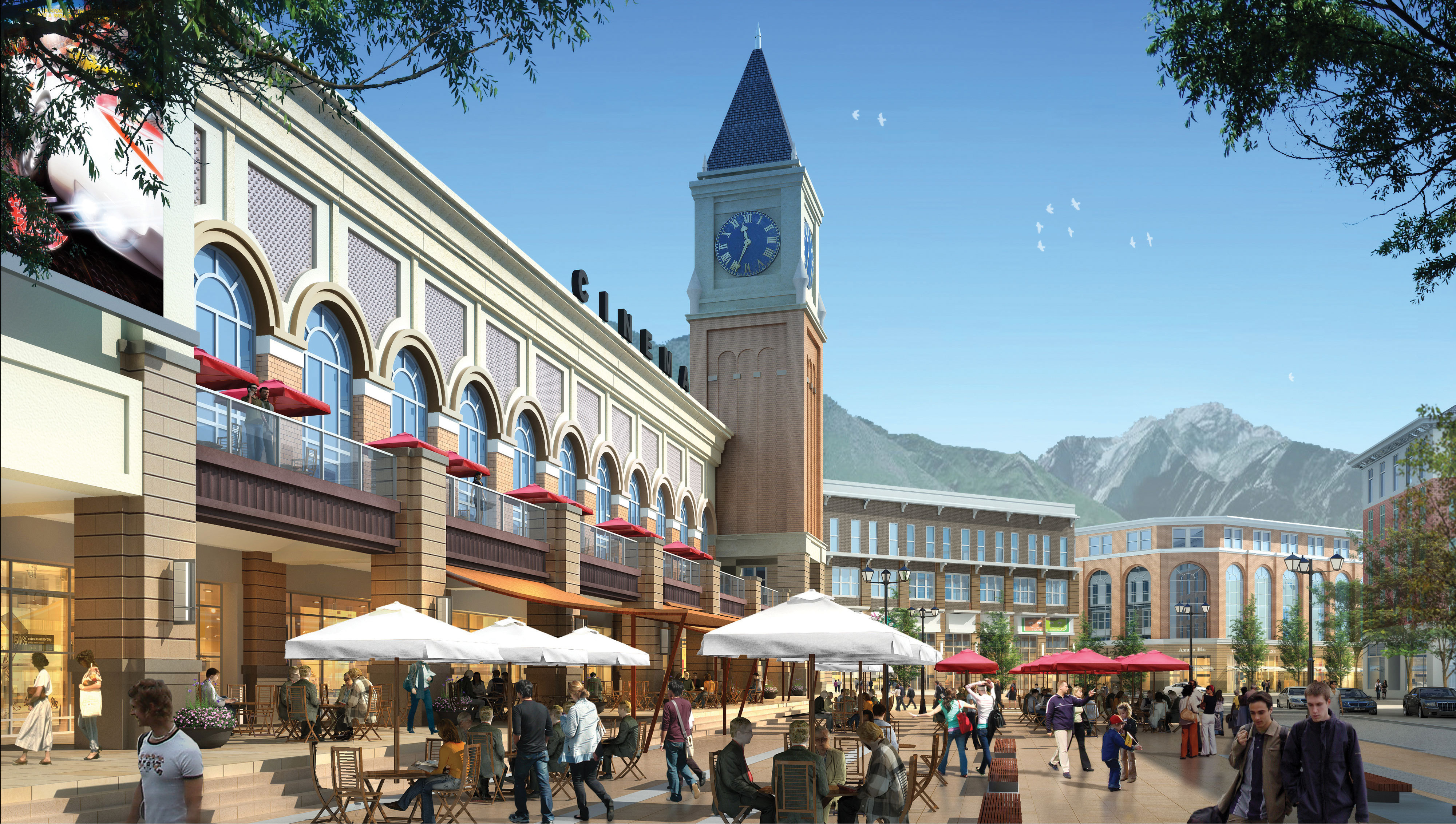 The Salt Lake Tribune is reporting today that Cottonwood Square, the 57-acre mixed use project being developed at the former Cottonwood Mall site in Holladay, a suburb of Salt Lake City has secured yet another tenant.  The Howard Hughes Corp and Larry H. Miller Megaplex Theaters have agreed to a 10-screen, 2,300-seat movie theater that will also include an IMAX screen.

Hughes Corp plans to turn the former site of the Cottonwood Mall, at the corner of East Murray Holladay Road and Highland Drive, into a mixed-use, European-style town center.  Earlier in the summer, the developers announced that Smiths Food and Drug had agreed to build a a 78,000-square-foot store and a multilevel parking structure within the development.

While it is great news that two anchors have committed to the project, Howard Hughes Corp has yet to secure a partner to develop the  planned 600 residential units.  The residential units are a key component to making this project truly mixed-use.

Unlike other large mixed-use developments in and around Salt Lake City, Cottonwood Square will not be a transit orientated development.  Most mixed-use projects in the region are built around are near a TRAX or Frontrunner station.  The site for the Cottonwood Square is currently serviced by three buses, UTA routes 45, 220 and 228.  Of those three bus routes only one, 220 has a bus frequency of 15 minutes, but that is only during the morning and evening commute times.  As the Cottonwood project moves forward, hopefully so will plans for improving mass transit to what should be one of the region’s largest mixed-use projects.

Hughes Corp. has yet to announce a groundbreaking, or construction timeline.  Smith’s is expected to be completed by 2016, while no completion date has been announced for the Megaplex theater.