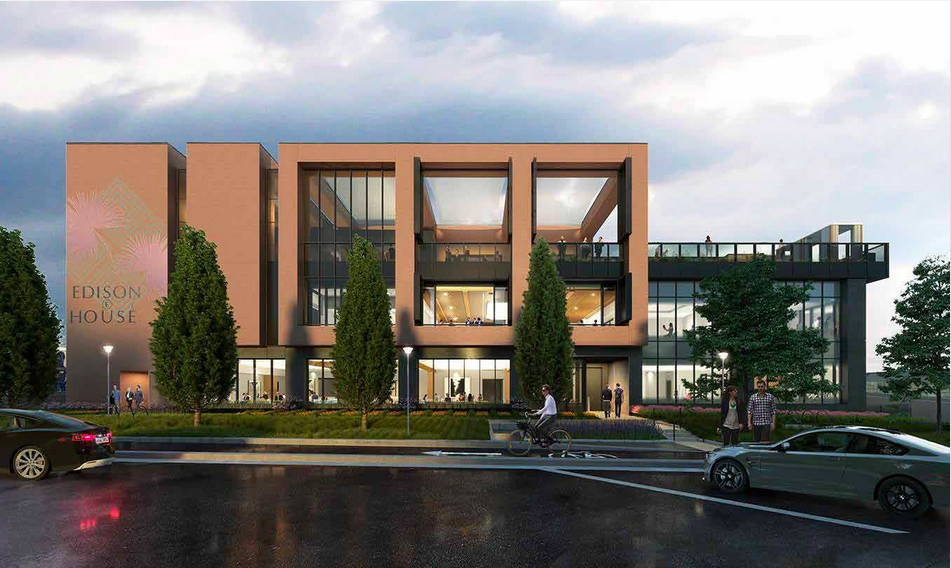 As if you need reminding that Downtown investment and construction is showing no signs of slowing, Edison House social club at 335 South 200 West – around the corner from Valter’s Osteria and Squatter’s Brewpub – held a ceremonial groundbreaking this week.

Both boys went to university out of state and returned full of enthusiasm for their home town – “Salt Lake City is on the verge of an exciting new time of growth and prosperity,” George states in this week’s news release.

According to the release, the Edison Club will include “high-end dining, a sports lounge and taproom, multiple speak-easy style bars, a private karaoke space, a state-of-the-art workout facility and a rooftop terrace with pool, bar and outdoor movie theater.”

A social club like Edison attempts to satisfy all – “A home away from home,” as the founders put it.

Charlie Cardon told Utah Business, “We anticipate that you could come in at six o’clock in the morning and get a workout in. Then, if you wanted to, you could hang out and send emails, have lunch and have business meetings, and then in the evening, you know, at five o’clock, it’s happy hour so that’s sort of the nightlife side of the business.”

Membership is expected to cost $125 to $200 per month, after initial onboarding fees. Those are unannounced as of yet.

Edison will have to compete with not only employee-friendly company work spaces, but apartments with amenities, health clubs, bars, co-working spaces with amenities, and traditional social clubs in town.