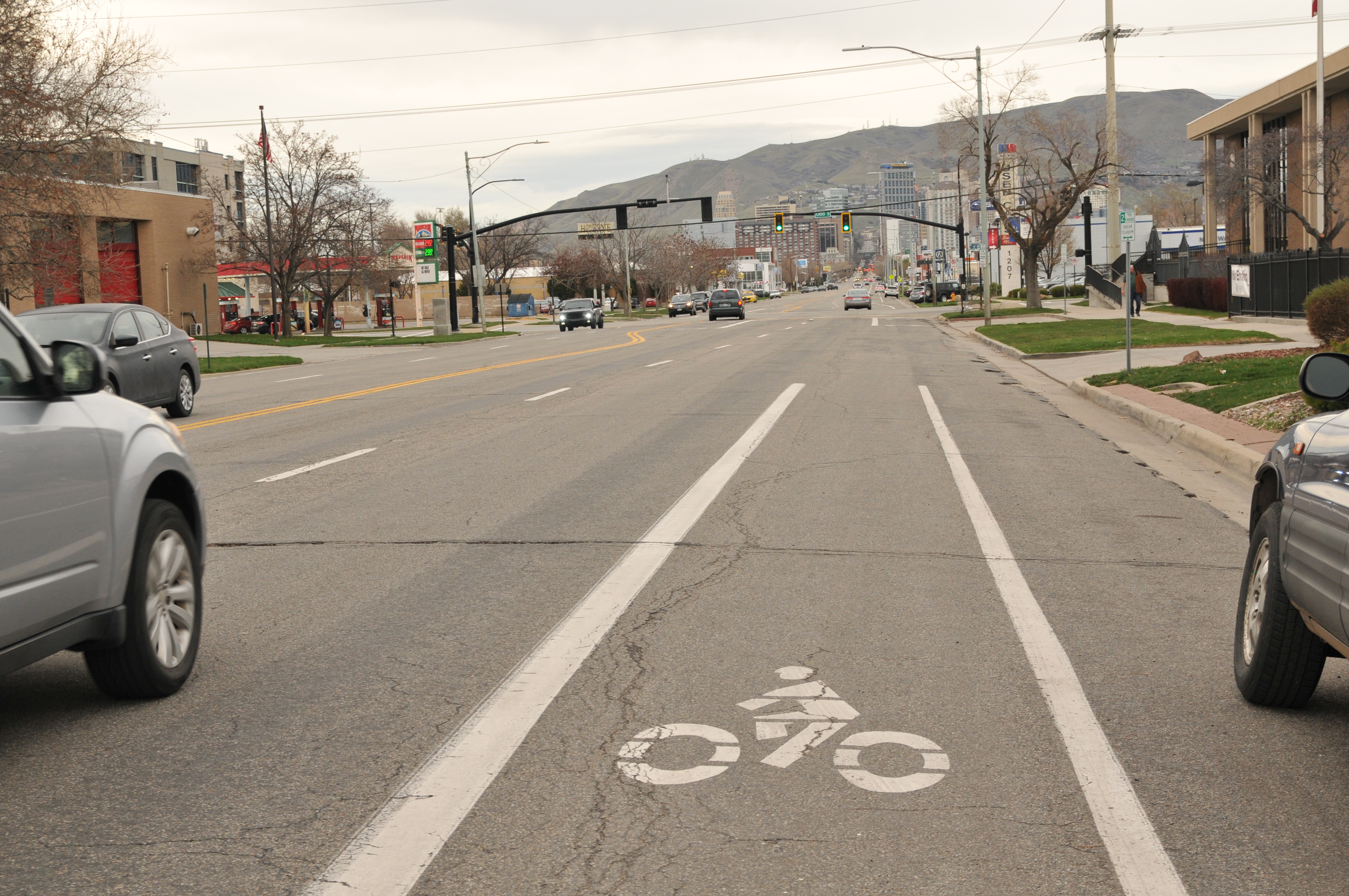 Salt Lake could soon get a three-mile, near-direct route — and possibly longer — for people on bikes riding into and out of downtown on Main Street, thanks in part to money from the county for design work.

After years of unsuccessful attempts to get the Utah Department of Transportation to allow for improvements on State Street for people outside of cars throughout Salt Lake City and South Salt Lake, local officials are moving to improve city-owned streets parallel to State Street.

That includes the possible creation of what we’re calling the Main Line, a route that would run from downtown Salt Lake City to 3300 South in South Salt Lake, and possibly farther. The concept is moving toward the design phase and there will be opportunities for engagement before any changes are made.

If it’s a low-stress and protected route (and it’s far too early to know), it would provide a useful north-south byway for city and suburban residents to commute into downtown safely by bike on Main Street and connect with east-west low-stress routes along the way.

The Main Line also has the potential to be a north-south backbone that improves the area’s low-stress bike network, linking up with the east-west S-Line section of Parleys Trail and the impending 9-Line trail on 900 South. South Salt Lake is also working on designing a route that goes as far as its southern boundary at 3900 South.

The Salt Lake County Council recently approved money for Salt Lake City and South Salt Lake to move ahead with design work on a route from 900 South to 3300 South. The capital city is also looking at designs for a route on 200 East that begins as far north as 300 South, city documents show.

Much of Main Street in Salt Lake City already has a painted bike lane between a parking lane and up to six travel lanes, and South Salt Lake painted a lane from 3300 South to its northern boundary on West Temple. But several design elements add stress and danger to the route.

The posted speed limit on Main is 35 mph, the same as most of State Street, but wide lanes and other design elements promote faster driving.

The painted bike lanes also vanish while approaching intersections because the city prioritizes right and left turn lanes for cars. That forces people on bikes to merge into traffic at the busiest intersections. At 1300 South, where bike lanes disappear well before heading into and out of the intersection, there are six travel lanes for people in cars.

Taking space from cars and dedicating it to people on bikes wouldn’t be difficult under the traffic counts for most of Main Street. Most of the route has 10,000 or fewer cars on average per day, according to UDOT data. By contrast, much of State Street has around 30,000 per day and 700 East has upwards of 50,000.

While Main Street is Salt Lake City’s preferred route, there’s likely to be a shift to West Temple in South Salt Lake, which has prioritized cars on its portion of Main Street that includes its redeveloping downtown.

Designing a low-stress route that far south would open up options for people on bikes to commute to downtown Salt Lake City or anywhere in between from Murray, Millcreek and South Salt Lake on a near-direct route.

More takeaways on the Main Line

If a low-stress Main Line runs from at least 3300 South into downtown, it would make meaningful connections for people on bikes in the following ways:

900 West recently underwent a road diet that made space for people on bikes from 1000 North to 1700 South (though it’s not quite low-stress). That north-south route links up with bike lanes on 1700 South that are scheduled to be improved this spring. It will also meet the 9-Line trail once completed.

The city is poised to finish the 9-Line, an east-west route on 900 South that will connect the east and west sides of the city. Poplar Grove residents could take the 9-Line to the Central 9th neighborhood, continue on to 9th and 9th or link up with the Main Line into downtown Salt Lake City or South Salt Lake.

9th and 9th to Main Line to Downtown

One of Salt Lake City’s most popular neighborhoods would be connected directly with Central 9th and downtown via the 9-Line trail and Main Line. Now, people on bikes are required to join traffic or detour to 800 South.

S-Line to Main Line to Downtown

The Sugar House streetcar and nearby trail (which is part of the Parleys Trail system) would connect with the Main Line around 2200 South in South Salt Lake, though a connection must be made between the trail and Salt Lake City’s Main Street route.

All of the above to Brewery Row

The area of the Main Line also happens to be a Brewery Row. South Salt Lake’s arts and creative district along West Temple, has three breweries. There are also breweries on or just off Main Street near 800 South (Fisher), 900 South (Proper) and Kensington Avenue (RoHa).