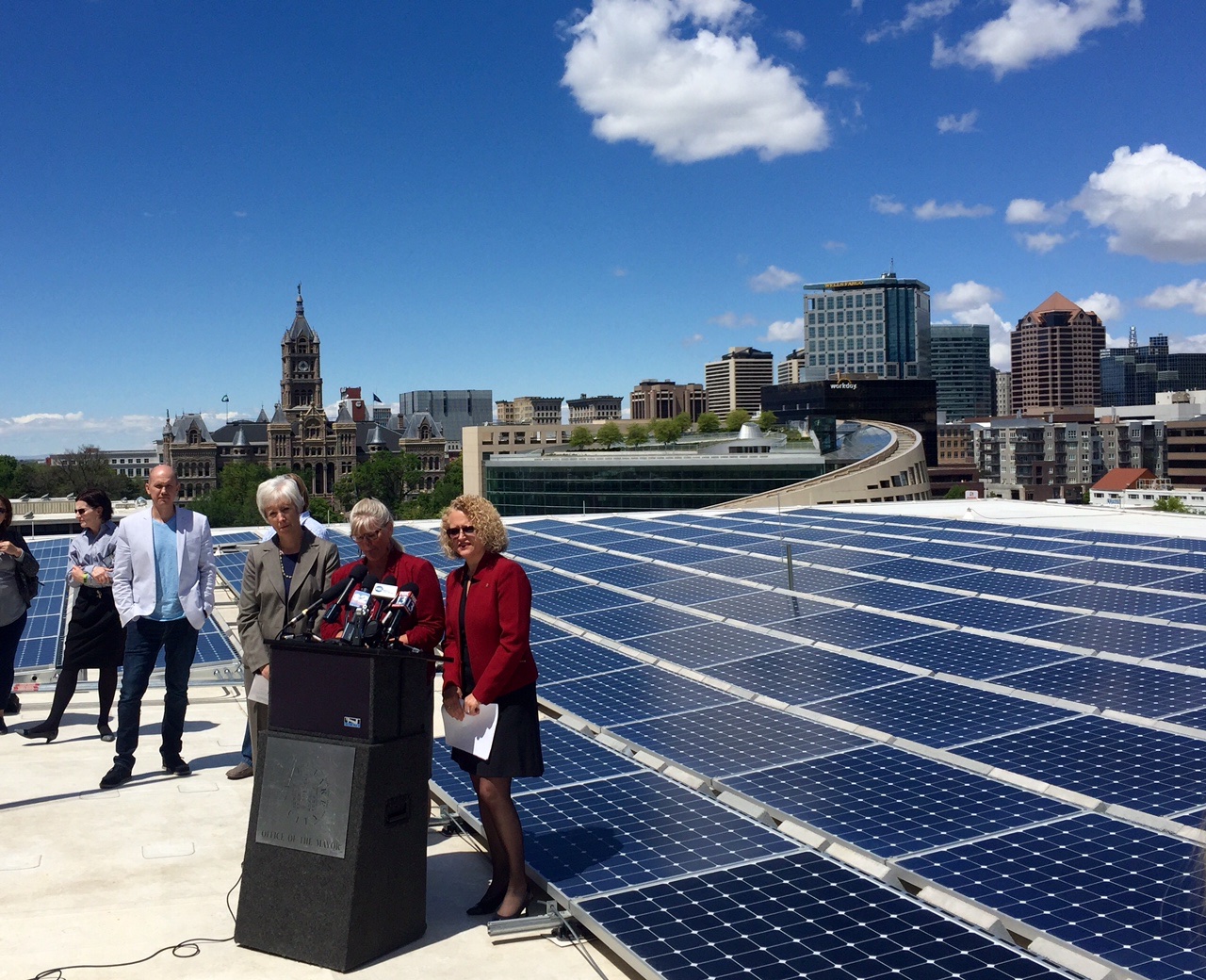 Rocky Mountain Power is not typically associated with clean energy, but the state’s dominant energy provider is Salt Lake City’s newest partner in helping the city reduce its carbon footprint.

“We are thrilled to be a major participant in Subscriber Solar and to support Rocky Mountain Power’s efforts to encourage businesses in the city to invest in clean, carbon-free energy,” said Mayor Biskupski.

The Mayor announced Salt Lake’s participation in the Subscriber Solar during a Tuesday afternoon press conference on the roof of the Public Safety Complex.

Through the program, the city will purchase three megawatts of energy from solar power, powering 91 meters on city-owned buildings.  The purchase is equivalent to 9,000 solar panels.

“Salt Lake City is showing its pioneering spirit by being one the first subscribers,” said Crane.

Salt Lake City currently has more than 4,000 solar panels installed on its government properties. In addition to the current stock, the city is planning new solar installations on multiple fire stations by late 2016.

According to Vicki Bennett, Director of Sustainability SLC, the city’s participation win the Subscriber Solar program will be budget neutral with energy savings on certain meters going towards covering increases on other meters.

Rocky Mountain Power traditionally gets most of its energy from coal, but the utility company has recently looked to expand its use of clean energy.  During the 2016 Utah State Legislature passed SB115.  The bill restructures electrical rates, including possible increases, that Rocky Mountain Power argued they need to fund their Sustainable Transportation and Energy Plan which would allow them to pursue more clean energy sources.

Construction is underway on a solar farm in Holden Utah, two hours south of Salt Lake just off Interstate 15.   According to Crane, the farm project will be completed in December 2016.  Customers can begin to enroll in June and will be switched over to the Subscriber Solar rate schedule starting in January 2017.