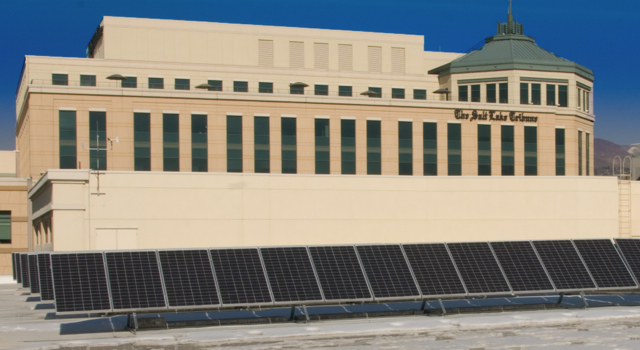 It has been a good week for solar energy enthusiasts in Utah.  In just one week four significant solar projects were either announced or completed:

The Olympic Oval received a $200,000 grant from Salt Lake County to help fund the $1.39 million project.

It is not a coincidence that the weekend’s announcements of new solar projects came from churches, community centers and the public sector.  Solar energy projects are becoming increasingly more common, especially among local governments and community organizations.   A 2011 study by the U.S. Department of Energy’s laboratory on renewable energy, estimated that nearly 70 percent of energy savings from solar energy have come from municipal buildings.

Salt Lake County has proven that solar energy is a priority.

Solar energy is becoming more affordable.  The average price of a solar panel has declined by 60 percent since the beginning of 2011.  With lower costs and higher energy savings more organizations will be announcing new solar projects over the next few years.