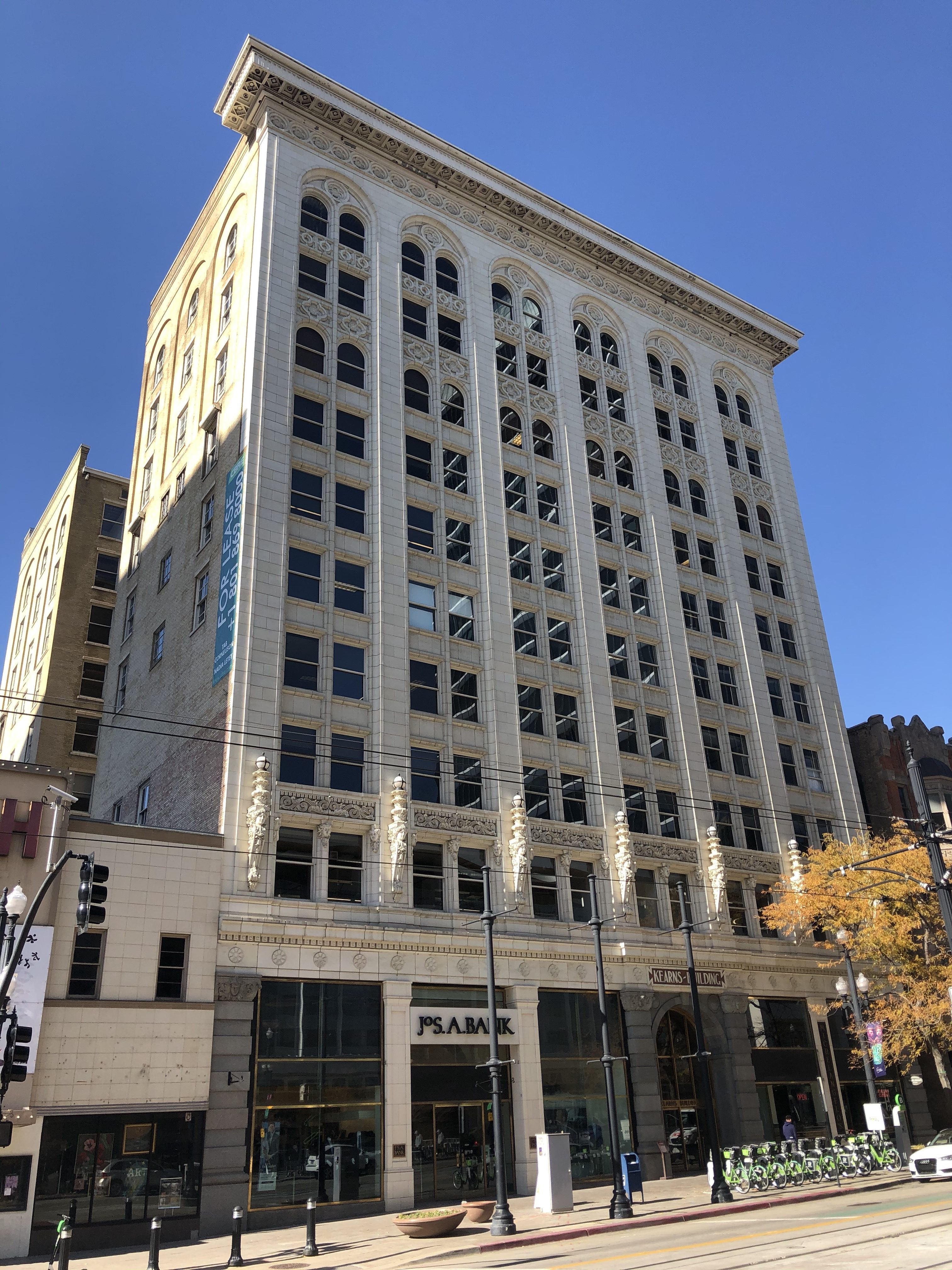 The Kearns Building in Downtown Salt Lake City has remained largely unchanged in its 108-year history, yet construction workers on Friday were well underway on renovations that the building’s owners say will ensure it lasts another century.

Hines, the private development and management firm that has owned the Kearns Building on Main Street Downtown for over 30 years, opted to update all electrical, plumbing and more in a renovation that is already attracting fintech tenants to its 10 modernized floors of office space.

The renovations, which should wrap up by mid-December, come as Hines looks to maintain — and expand — its holdings Downtown while attracting more small and mid-sized tech firms to Salt Lake City instead of Utah County.

The Kearns Building was constructed in 1911 by Thomas Kearns, a mining magnate and former U.S. Senator. Architects designed the building with inspiration from the Prairie School architect Louis Sullivan.

Located across the street from the Tribune Building, The Kearns is among the historic buildings in Downtown Salt Lake City that lend a historic charm to Main Street. It’s also among the buildings that’s effectively competing with the suburban office space in Lehi to attract tech firms to town.

This sort of renovation will provide more space for people to live in Salt Lake City and avoid a lengthy car commute — or any car commute. And many more are on the way throughout town.

Real estate professionals have told Building Salt Lake that firms are now looking for space in an urban setting, and developers are looking to fill that need.

Hines appears committed to celebrating the historic nature of the building. It sourced marble from Spain, Portugal and Italy to match a retrofitted rear entrance with the lobby entrance from Main.

While the building received the new amenities and mechanical upgrades expected in modern office spaces, Hines representatives told us in some ways the project honored the historic nature of the building.

“We took the 1909 drawings and found space that had been closed off,” said Daniel Stephens, a director with Hines. That included windows that had been inexplicably bricked off during a past renovation and other elements that were hidden behind a layer of plaster that have now been resurfaced. “We said, ‘Let’s take it back to what it was originally.’”

Hines has hired a local artist to create a three-story high mural of an adult Helen Kearns sitting with exotic pets and with a cup of coffee. Only a small portion of the mural will be visible for those not in the U-shaped building or its new courtyard.

It also includes an on-site yoga space, gym, shared space and conference room and a landscaped patio on the interior.

Hines is working toward developing the Utah Theater next to the Kearns into a high-rise residential building, a move that’s been controversial for the sense of lost culture Downtown.

Representatives from the company said they spent time in the past four years looking at how the theater could potentially be saved, but that costs for renovation were staggeringly high. It plans to build hundreds of residential units in its place and activate Main Street with a new walkway next to the Kearns Building once development is finished.