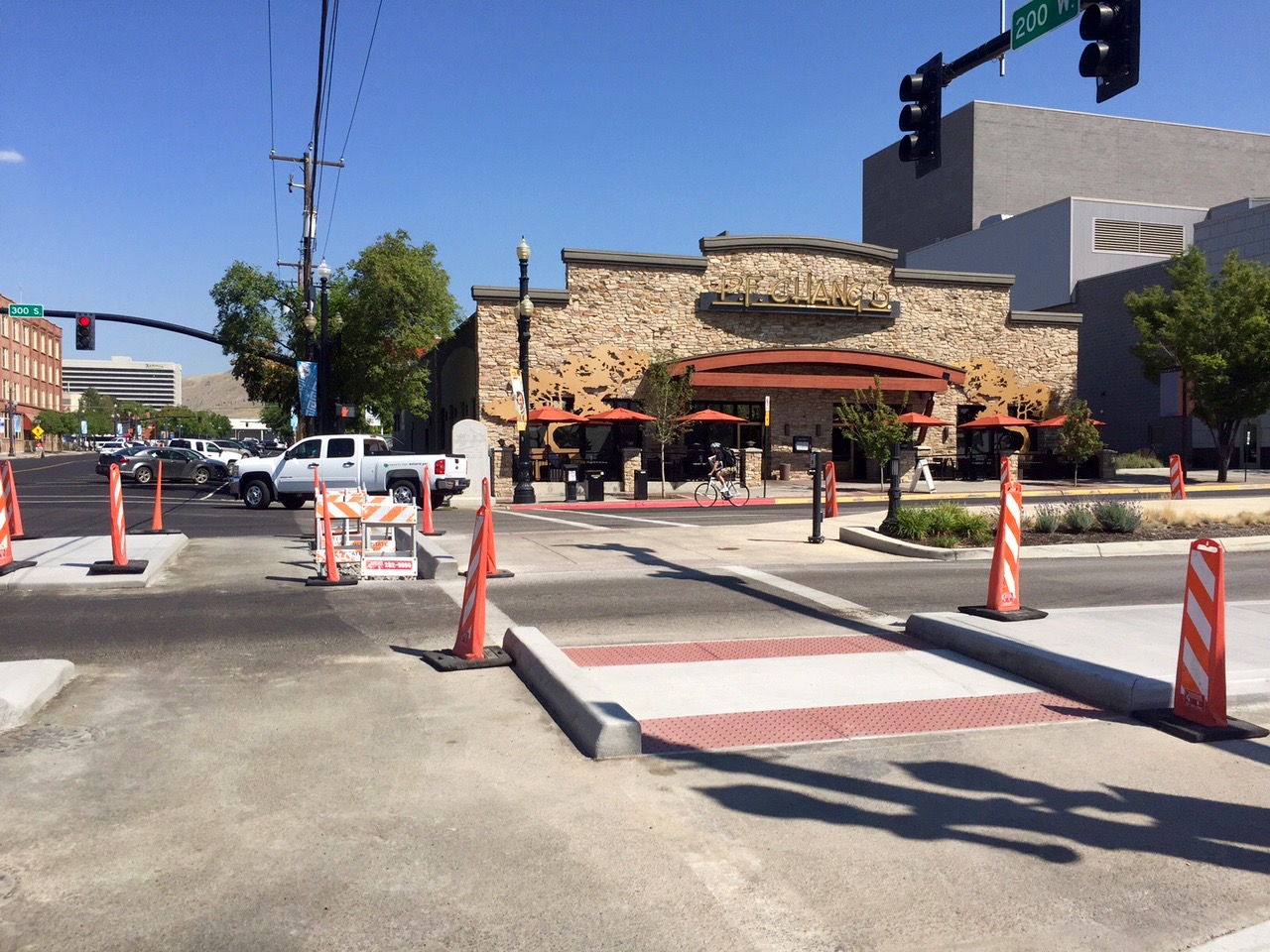 Salt Lake City will have to settle with second place.  The City was poised to be the first city in the U.S. to build a protected intersection, but that recognition will go to Davis, California.   The California college town boasts a 20 percent bike commuter rate and quietly unveiled its new intersection last week.

According to the City the protected bike lane will help in “creating a safer, more efficient and multi-modal corridor for residents, visitors and local businesses.”

“We know that ‘protected’ is what people are asking for.  It creates safety and comfort.  We have the space. It solves some of our parking issues. We’re able to do so much with this one design.”  said Salt Lake City Transportation Director Robin Hutchinson in a May CityLab article.

According to the City, the 200 West bike lane has been well received by nearby businesses.  The City gathered feedback from the nearly 60 businesses in the area through public meetings and numerous door-to-door conversations and found that some 96 percent of respondents reported that they were neutral, supportive or very supportive of the street improvements.

According to Salt Lake City transportation planners, the design of the 200 West and 300 South intersection “aims to transform the intersection from a bypass route through downtown into a destination where visitors can easily park, walk or bike to the more than one dozen restaurants, breweries, bars and entertainment venues located within a half-block of the intersection.”

The protected intersection layout maintains separation between pedestrians, bicyclists and vehicles through the intersection, while also supporting the addition of angle parking stalls for businesses along adjacent blocks.

According to City planners, the original street had excess vehicle capacity, handling only 7,000 cars per day or less on street configured for at least 70,000 cars per day.  According to the City, over one-third of all downtown trips are now taken on foot or on bicycle.  The purpose of the redesign of 200 West is better accommodate downtown transportation trends.

The protected bike lanes are part of making Salt Lake’s streets more “complete” by accommodating various modes of transportation.  According to the U.S. Department of Transportation, “Complete streets make it safe and convenient for people of all ages and abilities to reach their destination whether by car, train, bike, or foot.”

In January the USDOT launched its Safer People, Safer Streets Initiative.  Under the initiative, city mayors are challenged to make local streets more complete by improving the safety and connectivity of pedestrian and bike routes.  Salt Lake City is the only city in Utah to officially become a Challenge City, under the USDOT’s initiative.

Construction of the 200 West bike lane is expected to be finished within the next month or so with a grand opening celebration scheduled for mid-October.